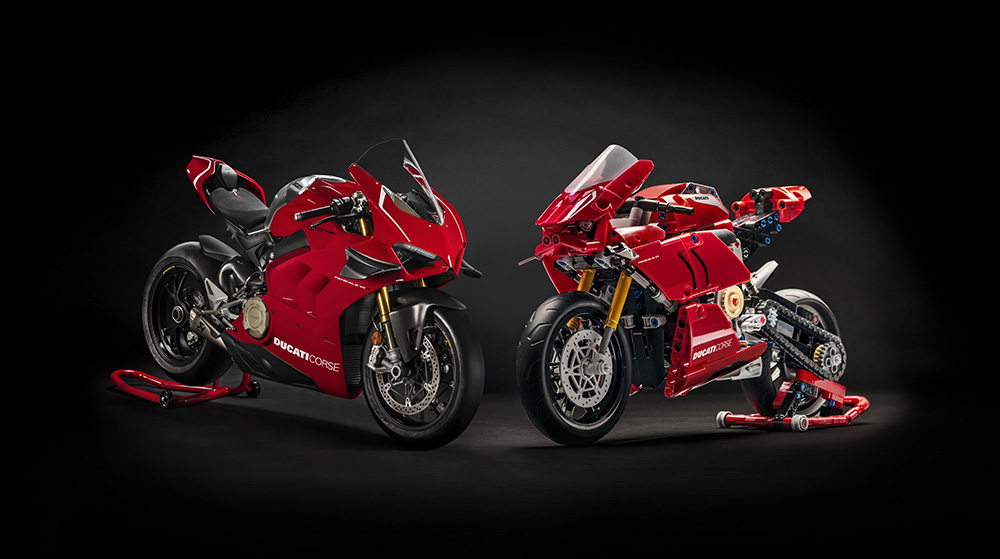 Ducati has partnered with Danish brick model designer, Lego, to produce a brick model of the Ducati Panigale V4R. As part of the Lego Technic series, it consists of 646 pieces, measures 32cm long, 16cm tall and 8cm across. Like other Lego models, it has disk brakes, realistic steering and working suspension. What is new for Lego is that this is the first model to feature a working, two-speed gearbox offering a variable rolling experience.

“We have all been children fond of Lego bricks and I think it is easy to understand that this new licensing agreement between Ducati and the Lego Group is like a dream come true. Two excellences that share the same values of dedication, passion and attention to detail come together to give life to a unique experience”, said Alessandro Cicognani, Ducati Licensing Director. “Our hope is that the Ducati Panigale V4 R Lego Technic can bring together, excite and entertain children and parents, but also all the fans who ride their motorbikes every day.” 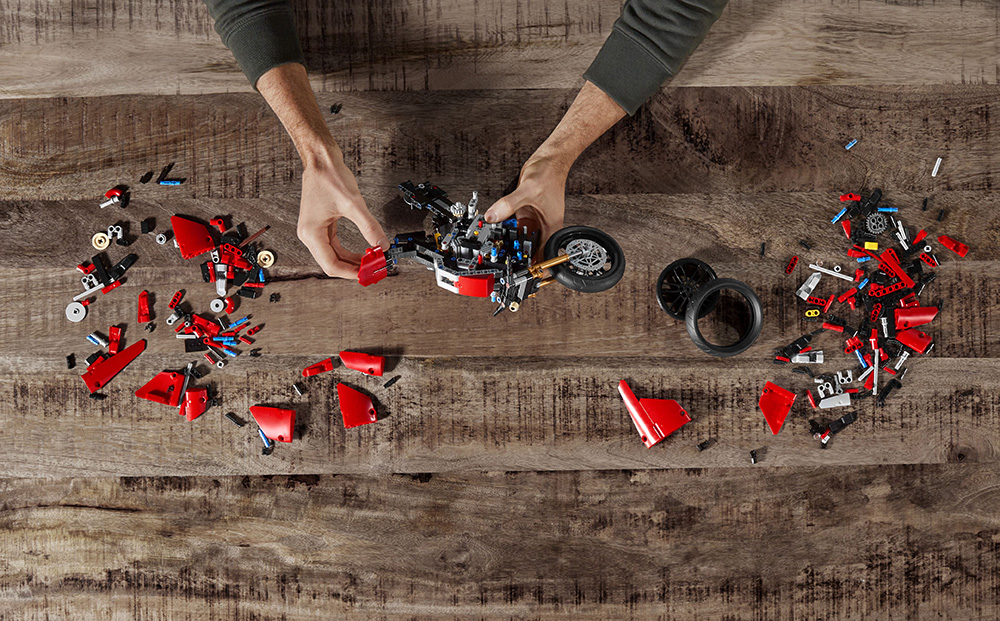 “The Ducati Panigale V4 R is such an elegant icon and a masterpiece of technology”, states Aurélien Rouffiange, Senior Designer of LEGO Technic. “It was essential for me to include as many details and features as I could, to capture all the curves and the unique design of the Red icon, to create for the first time a functioning gearbox and steering as well as a V4 cylinder engine that spins. To me, riding is all about the sensation you feel in connection with the road on your motorcycle. I hope that building the Lego Technic Panigale V4 R model brings you the same excitement. Not only a play experience but also a way to learn about mechanics, power and technology. The beginning of a long journey with a lot of fun and passion.” 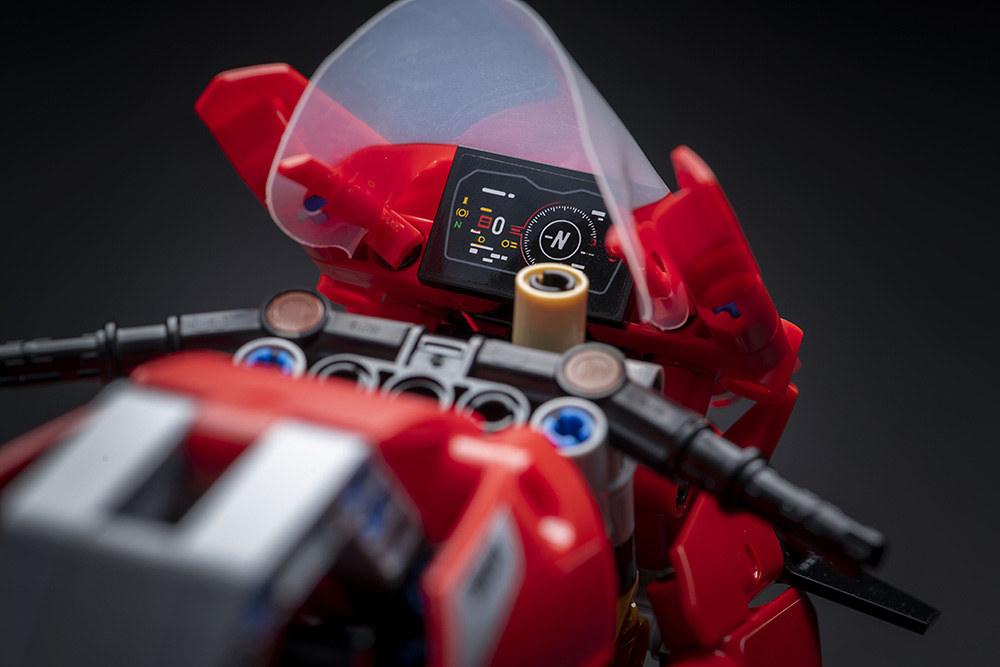 “Being one of the first to have built with bricks the model of an icon such as the Ducati Panigale V4 R was exciting”, stated Paolo Lazzarin, General Manager of LEGO Italia. “The set perfectly captures the spirit and design of the original thereby transforming the concept of performance: pure adrenalin racing and full control. This model is the brainchild of the partnership with Ducati Design Center and I am convinced that Lego fans of all ages will appreciate the attention-to-detail in this amazing motorcycle replica created by Lego Technic.”