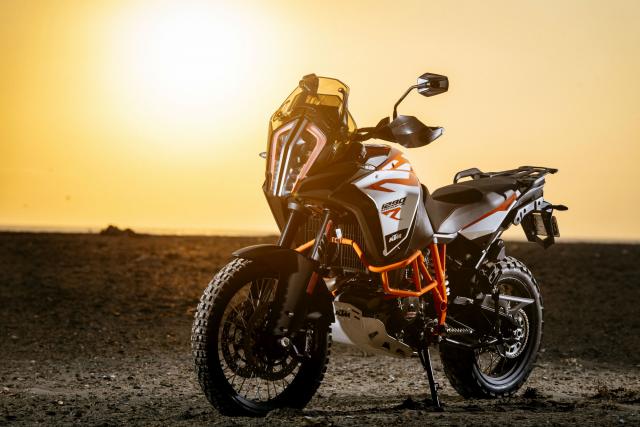 The KTM 1290 Super Adventure R has won the coveted Pirelli SA Bike of the Year 2017 title with the Honda Fireblade SP coming in second and the Ducati Supersport third.

This is the fifth running of the event with the judging panel now up to 16 journalists. The event involved two days of riding, the first on the roads around the Cradle of Humankind heading towards Rustenburg, and the second were spent at the Gerotek Test Grounds, mostly on their tricky handling circuit. The judges were then given two days to ponder their choices before handing in their vote.

They were asked to name their top six choices, that were then allocated points with the top scoring bike at the end receiving the honours. The judging criteria was not based simply on which of the top 15 bikes the judges would most like to own, but each bike was judged against other bikes in their class – pricing, ride quality, build quality, looks, the allusive “wow factor” and how much this bike has contributed to the class in general compared to other bikes in its class.

The KTM is in quite possibly the most hotly contested classes, especially in South Africa where the likes of the BMW GS continue to top sales charts. The Fireblade was up against the new GSXR1000 and Yamaha R6 for the top new superbike, while the Supersport is a new contribution from Ducati in the ever growing sports tourer-class. What was agreed by all the judges is that this Pirelli Bike of the Year was by far the most difficult to judge, with many brilliant new models and no clear favourite.

The Bike Show will do a more comprehensive story on all the bikes in contention soon, but for now here is the top six: