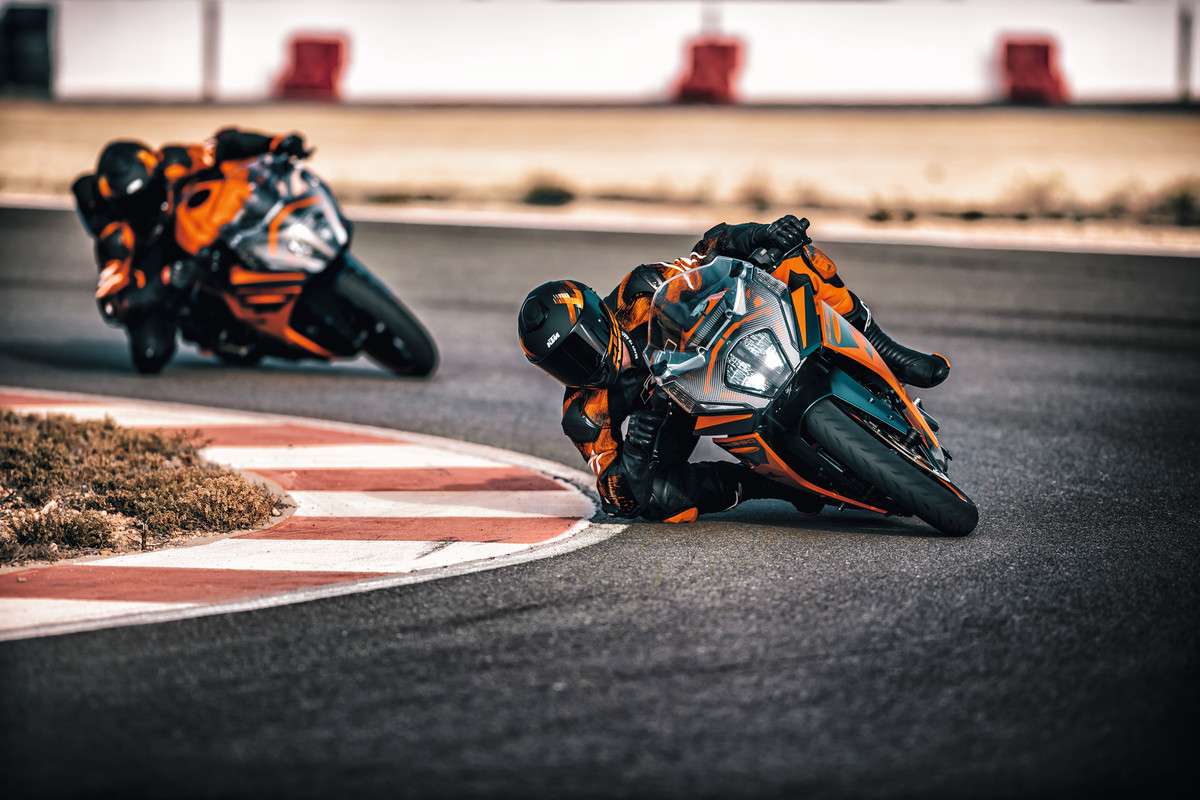 KTM is Europe’s largest motorcycle manufacturer, a boast that no doubt irks the likes of BMW, Ducati and Triumph. Much of the credit for this Orange success is down to its dominance of the dirt market, but the real sales heroes are the smaller capacity road bikes – the Duke and RC ranges.

With that, KTM has announced some significant updates to the fully-faired RC with new looks, chassis and updated motors for the RC125 and RC390. This will be a welcomed surprise for the road market but more so in the international racing world, where the RC390 has seen limited popularity and success compared to the Kawasaki Ninja 400 and Yamaha R3.

Upgrades to the RC models start with the looks that are based on the MotoGP machines of Binder and Oliveira. Thanks to Computational Fluid Dynamics, the new bodywork also creates better aerodynamics for more vroom-vroom, more wind protection for less neck ache and better heat dissipation for fewer leg sores. This bodywork is also simpler to remove for easier fitting of track fairings.

The fuel tank is larger for more range, and there is more knee room for the rider to move around with.

The chassis on both models is entirely new, with redesigned frames that are lighter with revised stiffness. The wheels and brakes are also lighter, saving a massive 4.3kg in unsprung weight.

The suspension on both models comprises upgraded WP Apex models, with the 390 gaining adjustability in both the forks and rear shock.

The motors are still four-stroke, liquid-cooled, single-cylindered units fed by electronic fuel injection but now feature airboxes that are 40% larger for better breathing, more torque and better throttle response. There is also a new ambient sensor for better fuel mapping.

Also new to the KTM RC range, and a first in 125 class from what we can tell, is the addition of ride-by-wire throttles offering the option of a quick shifter. The 390 takes this one step further with cornering-ABS and cornering traction control, a technology that was previously seen only on high-end competition bikes.

Both models also have the Supermoto ABS option allowing the rider to turn off the rear ABS.

The new KTM RC390 and RC125 will be available in dealers from March 2022. Prices are not yet confirmed.