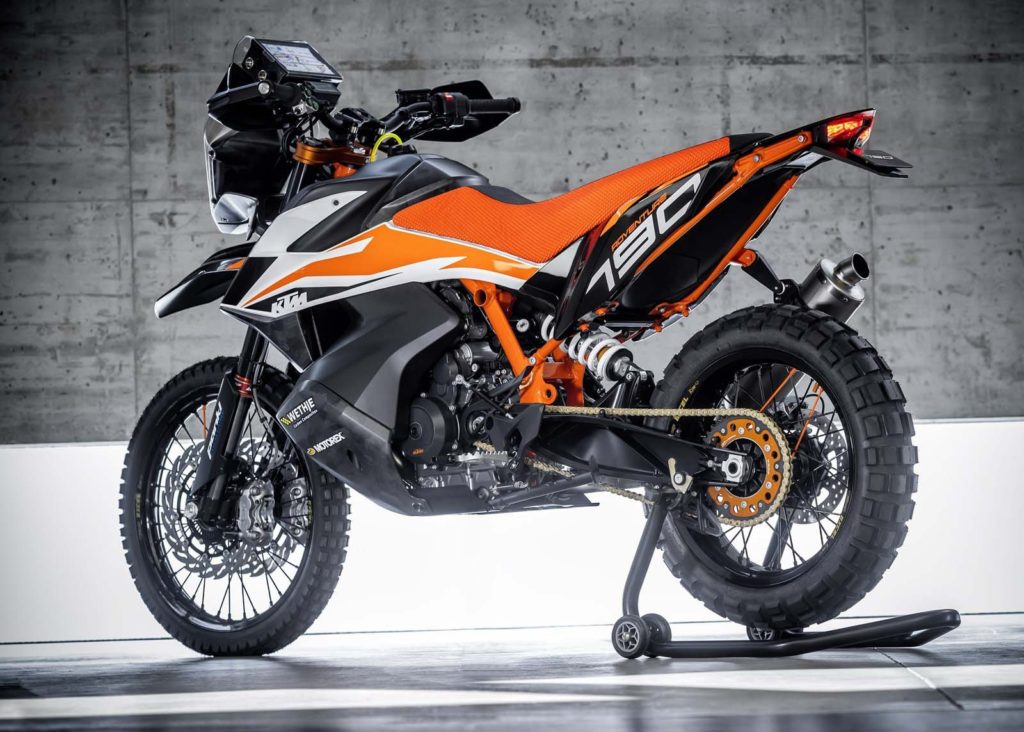 Then, as expected, KTM unveiled their 790 Duke at EICMA earlier today, and shortly afterwards they pulled the covers off another model – a prototype 790 Adventure. And the adventure world cheered.

Indeed, the old KTM 640 Adventure had a helluva following, being lauded as a machine that could handle anything that was thrown at it, and its ardent followers have lamented all the “heavy road bikes” that have been released since the 640 went out of production in 2007. 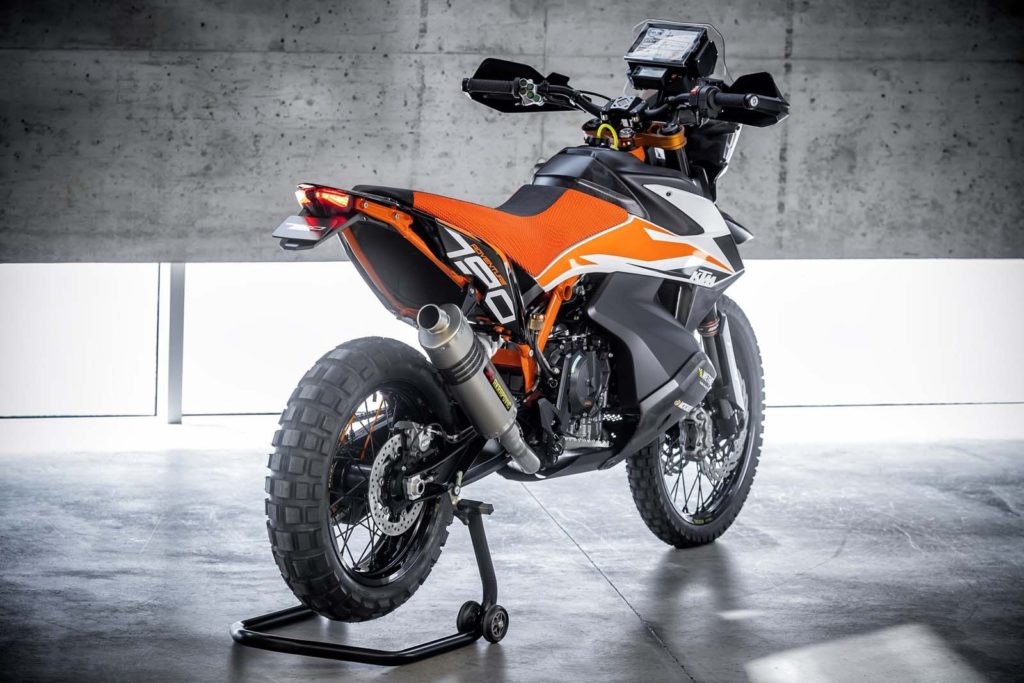 What we know about the 790 Adventure is that it will share the same 799cc parallel-twin motor as the Duke and it will maintain the full 105 hp and 86 Nm of the Duke without any unnecessary “retuning” from the factory.

The frame is the usual KTM steel-trellis variety, the suspension looks tall and off-roady, and the wheels are spoked and look as though they are 21/18-inch.

As every media outlet has already commented, KTM could not have stepped into a more competitive class; the middleweight adventure class is a savage place with every motorcycle manufacturer out for each other’s blood. Although, while everyone else is making waves about how practical and economical their machines are, KTM have stuck to their racing guns. 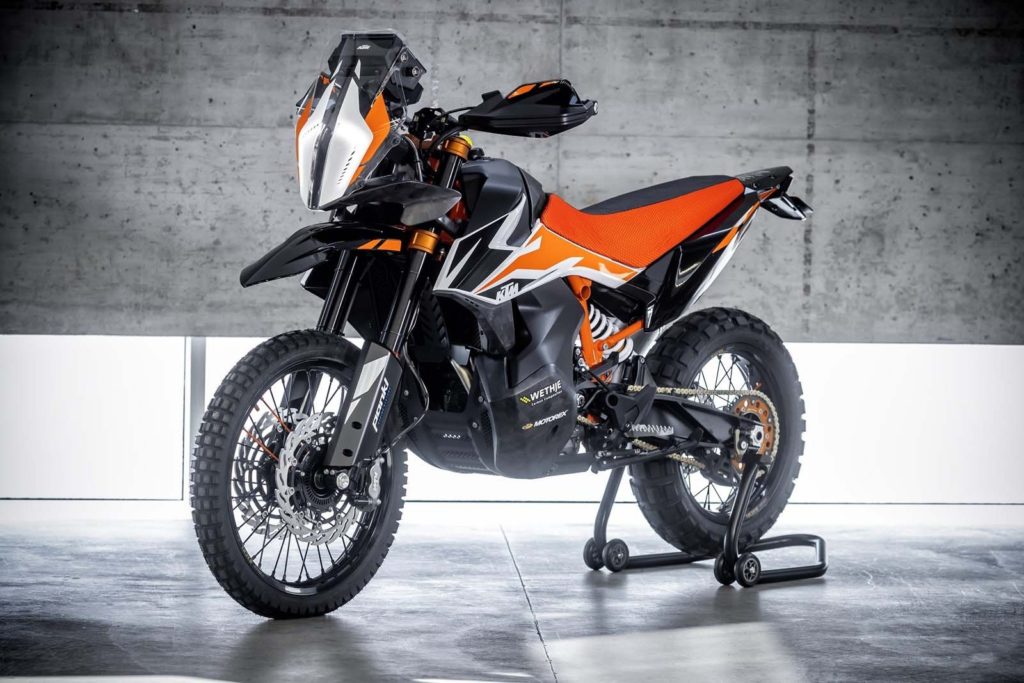 Although this is very likely going to change on the production bike, due to be released in 2019, the prototype simply looks like a rally bike. The seat is flat like that of a motocross bike, the screen is tall and flat, everything looks beefy and off-roady, and there’s even what appears to be a road map of sorts on the dash.

The Prototype is fully functional, too, with them tactfully keeping the bike on stage full of the dirt it had been covered with while testing in Spain before the Show. The video they showed during the presentation was equally convincing:

See below for the full gallery: 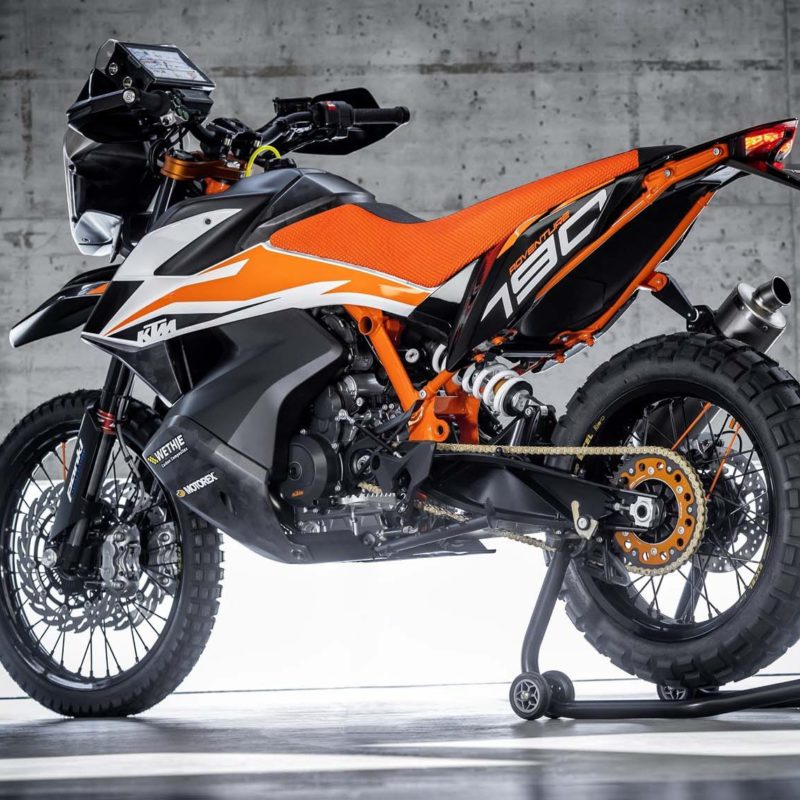 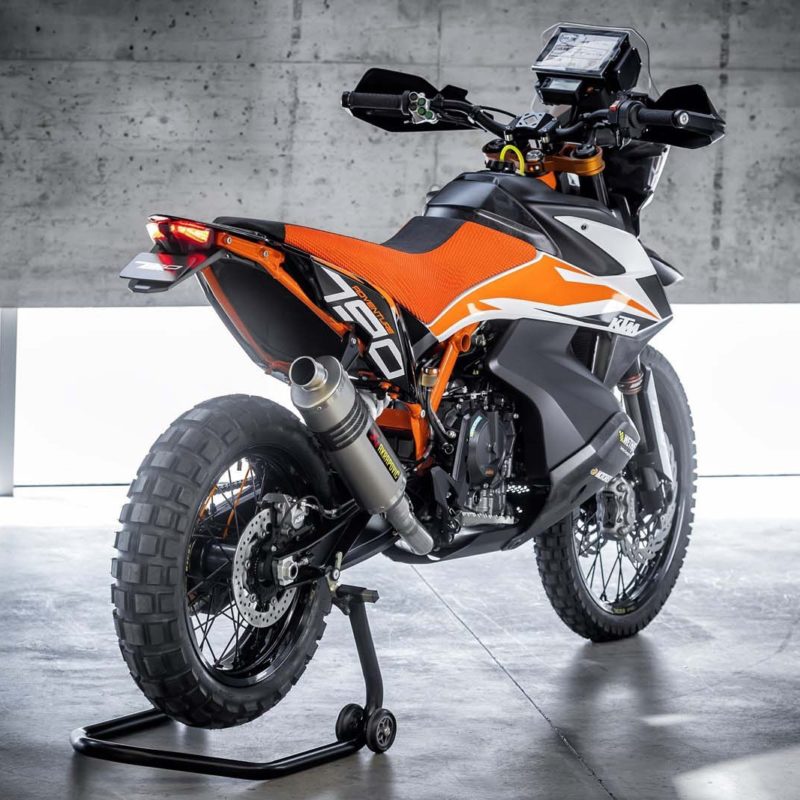 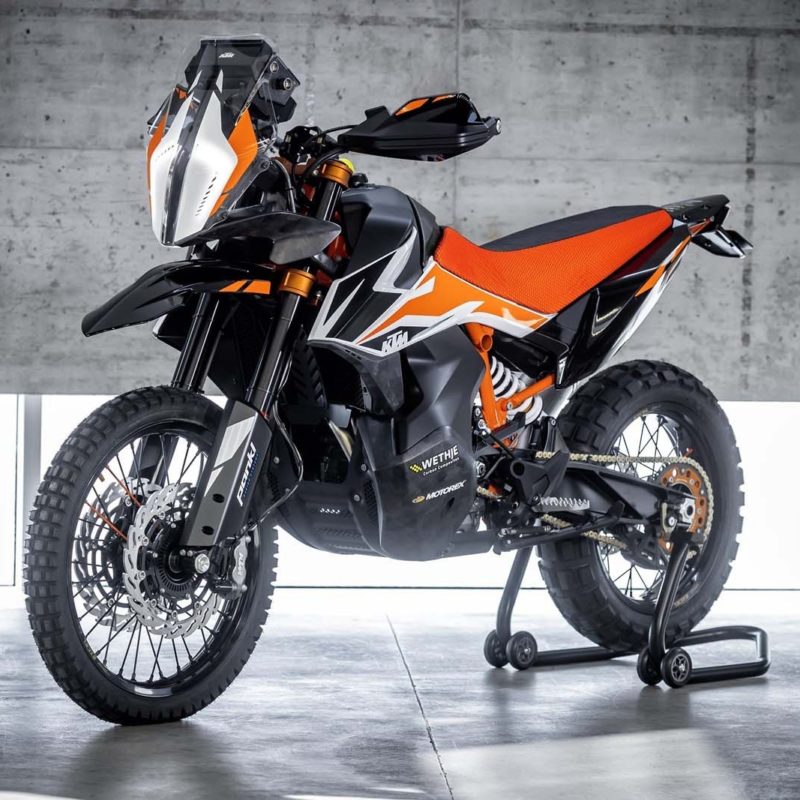 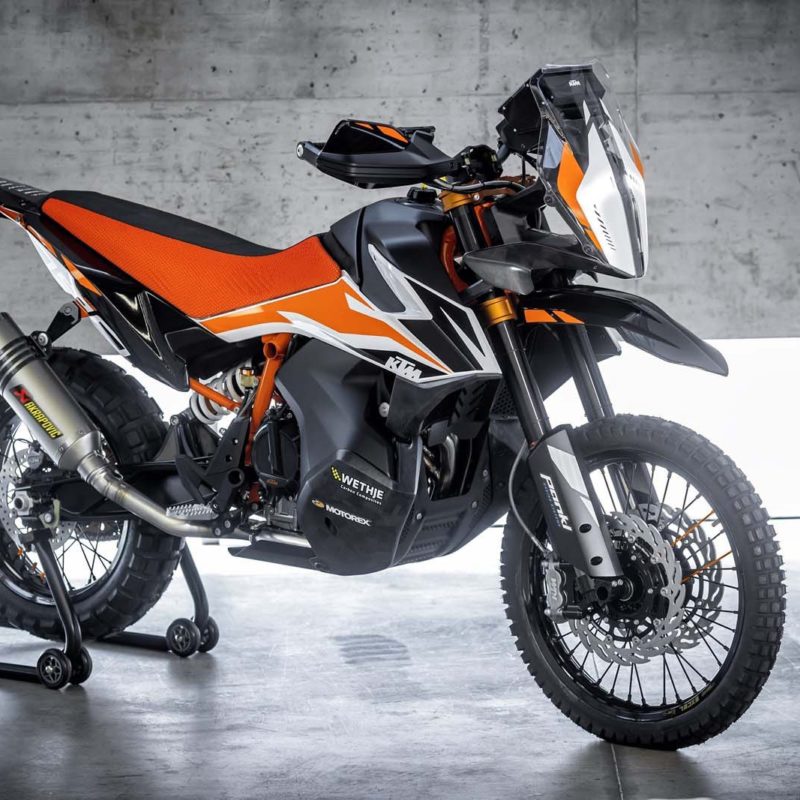 Previous Post Here it is at last, the KTM 790 Duke
Next Post New Honda CB1000R – a naked Fireblade