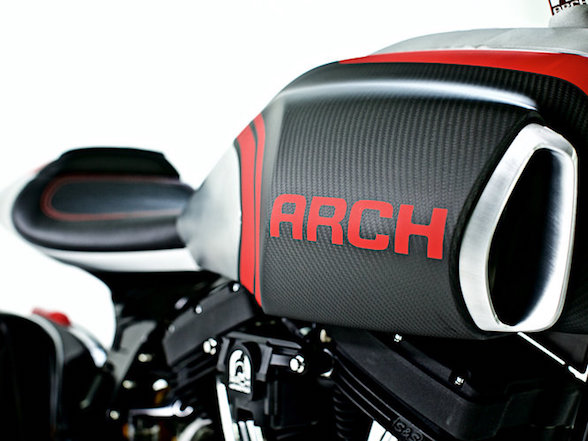 Story: Mat Durrans
Keanu Reeves is a Hollywood mega-star who’s into bikes. Nothing too unusual in that, but the dude who started out having Excellent Adventures in the 1990s and then brought down the Matrix in the noughties has taken his passion a step further.

Actually it’s more like several steps further, and a couple of leaps followed by a record breaking triple jump. After having a bike made specially for him by friend and bike builder Gard Hollinger ten years ago, and encouraging him to sell the resultant product to other well-heeled motorcycling gliteratti, Reeves and Hollinger have upped the ante with a couple of stunning new models.

You might expect them to launch these new bikes at their California base, they are after all a niche manufacturer with relatively limited means (the thickness of Reeves’ wallet?). But no, they decided with their new models that it was time to put their brand, Arch Motorcycles, on the world map.

If you want the attention of the world’s motorcycling media, there is no better place to do it than Milan during October. The city hosted the EICMA show, the biggest event for new motorcycles on the planet. If the likes of Japan’s big four and Ducati use this moment to announce next year’s new models then it’s the right place for Arch, went the reasoning.

The reasoning seemed to have worked well, because there world’s media did sit up and rightfully pay attention. What adds even more credence to their apparent drive for expansion is the news that the the new models will be euro-4 compliant. This is not an easy set of regulations to meet, neither is it a cheap exercise. 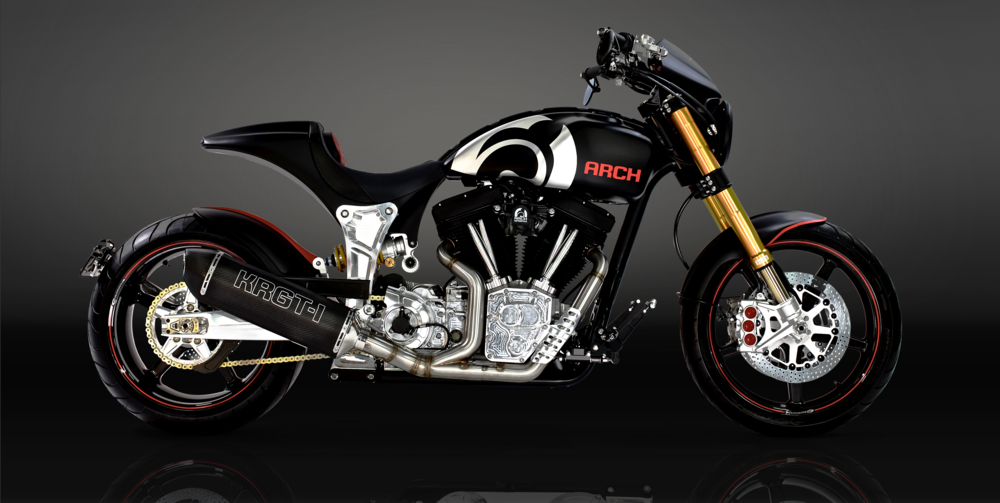 The existing KRGT model has been updated with better brakes and suspension and the option to set up with either foot-forward controls or more traditional mid-mounted footpegs and levers. South Africa lends a very useful hand by providing the beautiful carbon fibre rims, courtesy of Jo’burg based BST.

2018 will see the arrival of a new model called the Arch 1s, this time a sort of sporty street bike with the same 2032cc V-twin from S&S. The riding position is more aggressive as are the bike’s dimensions. Notably there’s a single-side swingarm that helps readily distinguish it from the KRGT-1. 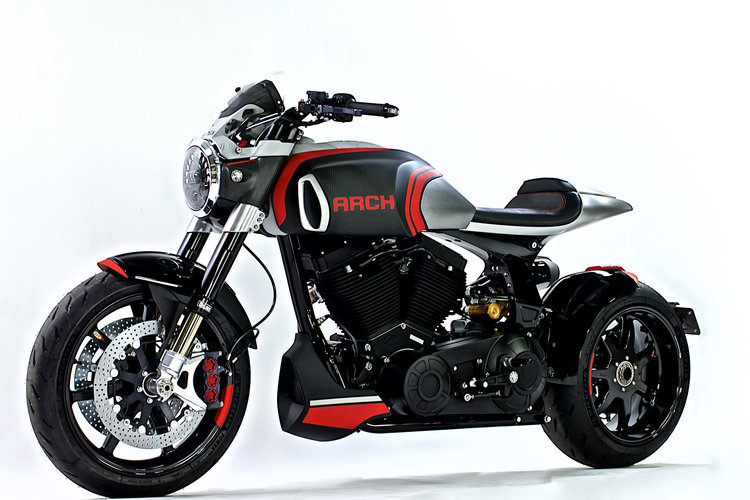 The most striking of the new models to debut in Milan was undoubtedly the Arch Method 143, which is, according to them, a concept production bike. Ignoring the inherent oxymoron, you can see what they’re getting at because this very much looks like one of those show-stopping bikes that should be built but in reality you know never will be.

You might reasonably imagine that such an exotic machine would be all about the show, and not so much about the go. A quick check of the collaborating partners in this project will no doubt give you hope, as it did us, that the Method 143 might actually be as great to ride as it is to look at.The legend that is S&S still provides the V-twin power plant, though it has a capacity of 2342cc in this guise. The equally legendary South Africans at BST still provide the wheels while those quite well known chaps at Ohlins have provided top level suspension. 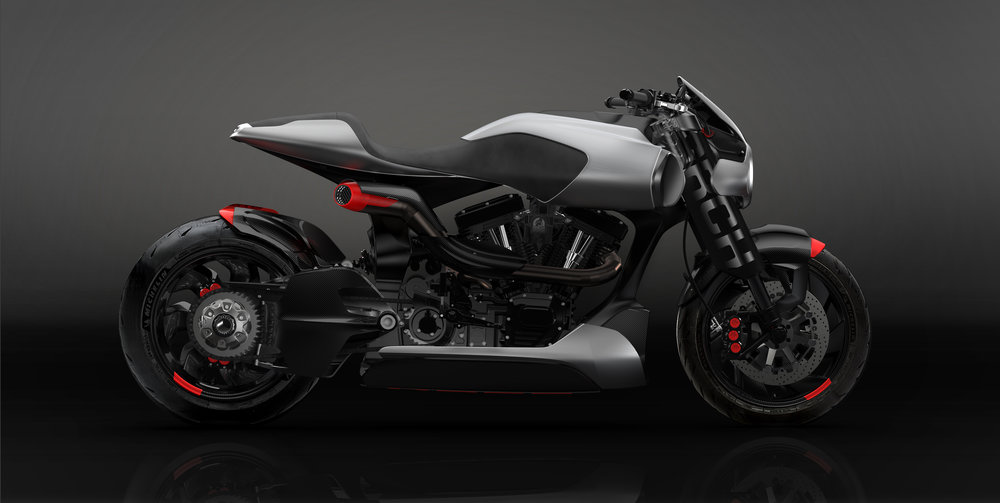 The engine is housed inside a carbon fibre MonoCell chassis with a single-side swingarm, all developed in conjunction with Suter, those Swiss fellas who dabble in a bit of Grand Prix racing. The exhaust is a mixture of carbon fibre and titanium and has been developed in association with SC Project, the people who make the exhaust for Marquez’s weekend bike, the one he races for a living.

We like what we see, and the more we learn the more we like. We’d love to say we’ll be getting a test ride soon, but unless someone locals decide to import them here with their new friend Keanu, I doubt we’ll be throwing a leg over one anytime soon.

See below for the full gallery – click to enlarge: