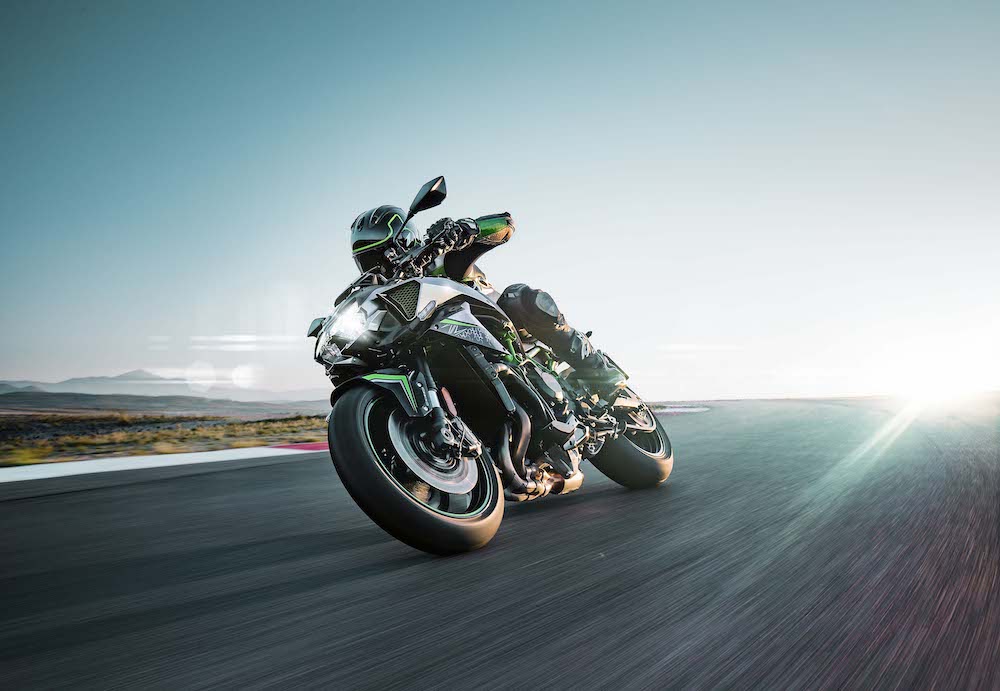 Kawasaki is taking this whole supercharged thing seriously, spreading the love in their H2 range. It started with the H2, then the mad H2R followed sometime later by the sport-tourer H2 SX range. Now they are moving their sheer madness into the realm of nakedness, throwing together the supercharged H2 name and their naked Z models to form the cunningly whimsical Z H2. It may not win awards in the creative name department, but it does tell the story.

Beyond a name thought up just before lunch, this is set to be a cracker of a motorcycle; the now-famous 998cc, in-line four-cylinder motor equipped with the signature H2 supercharger that makes a sound when the propellers break the sound barrier will be housed in the minimalistic styles of the Z range. It should be magnificent! And could easily be the fastest naked motorcycle available, challenged by only the Ducati Streetfight V4 with its claimed 208 hp. However, we’ve noted that the H2 range tends to downplay their power claims.

Apart from the power craze, the Z H2 features the steel-trellis frame found in both the Z and H2 ranges, Showa suspension, Brembo brakes, a TFT dash and all the electronics the IT gang could muster.

Price and availability are still to be announced.