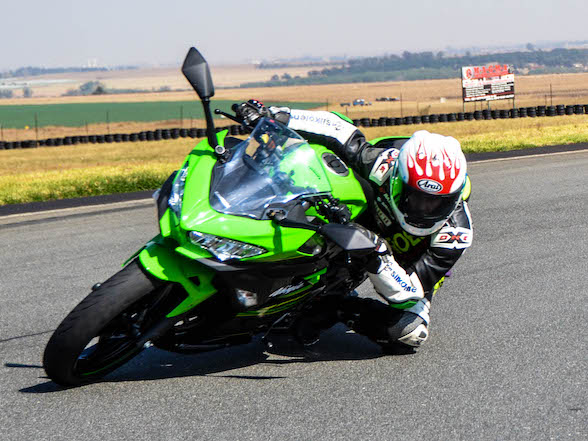 Review – Kawasaki Ninja 400: “This bike breaks all the rules” 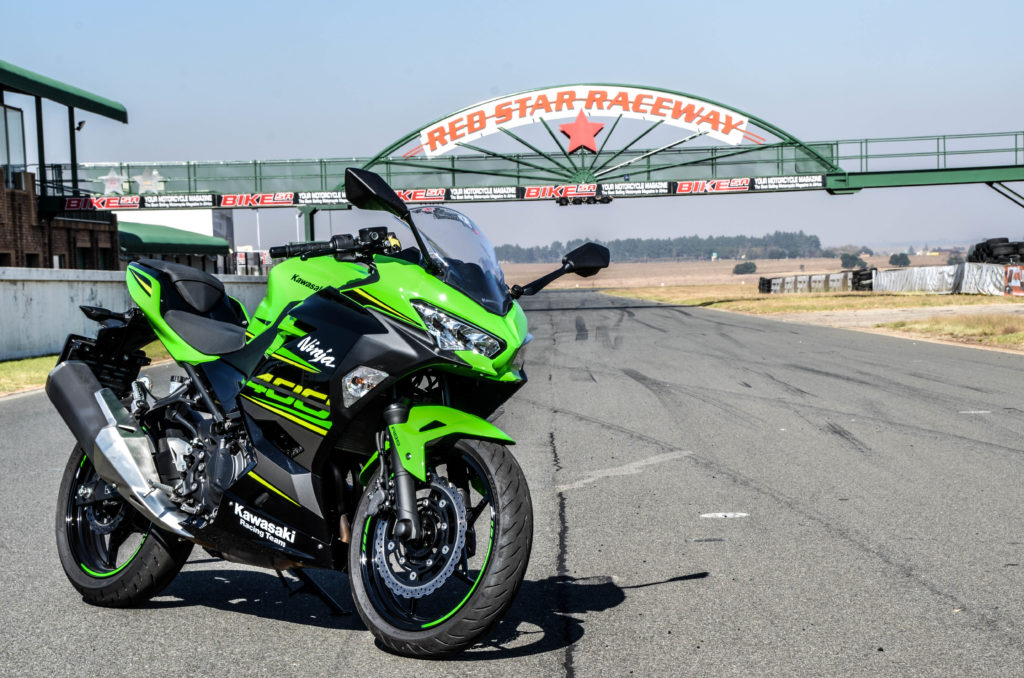 Story: Donovan Fourie
Kawasaki, you sneaky, cunning, snide bastards. The world was good enough to accommodate a class called the Supersport 300 class, aptly called thus because the entries are 300s. Well, they are mostly 300s. Suzuki have the GSX-250R that is a 249cc parallel-twin. Honda have the CBR300R that is a 286cc single. Yamaha have the R3 that is a parallel-twin 321cc. Then KTM have have the RC390. It’s a 375cc but it’s also a single, so we have sort of let that slide.

Kawasaki previously had the Ninja 300 that was a 296cc parallel-twin. It was the archetype of the class, a perfect representation, and was already a formidable opponent to everything else in the class. This led the way for a truly competitive joust between five manufacturers. Now, sadly, all that has fallen to bits.

Kawasaki have ruined the party by introducing this, the Ninja 400, a 399cc parallel-twin. They did this because the rules of this class have not been formalised yet and so they are making hay while the sun shines. And the class is ruined. The bastards!

Their excuse for doing this is because they don’t want the legion of first time buyers to get bored with their bike too quickly and have therefore offered something punchier. Just because this is an excellent reason and we applaud them wholeheartedly doesn’t mean I’m going to let it ruin my rant.

The extra cubics in the motor boosts the performance from the 300’s already commendable 39hp and 28Nm of torque to a class leading 49hp and 39Nm of torque. Do you see what we mean? The class is ruined.

To further ridicule the class, there’s more to it than simply extra ponies and Newtons; the entire bike has been completely redesigned from the ground up. The motor may have extra bits of piston and the assorted bits of metal associated with this, but despite this it has the audacity to be lighter and more compact than the 300. More so, at 166kg wet, it is six kilograms lighter than the 300. That’s just showing off.

They broke the rules even further in the World Supersport 300 Championship when they gave a Ninja 400 to a girl. Not just any girl, but lady racer Ana Carrasco. In its first year in the class, with little development, she has already won two races and currently has a commanding lead in the championship. More so, they are leading the constructors championship by a mile.

With that, we decided (mostly Mat and Harry) that a fat bloke buzzing around a race track on a bike made for younger and, above all, more athletic people will not look good. So we followed Kawasaki’s racing example and got South Africa’s own lady racer Zoé Bosch for the day. Remarkably, she agreed to potentially be seen in public with us. Zoé races for the Monroe Racing Team, and spent last weekend at Zwartkops Raceway on her 600 being not only the fastest lady on the day, but one of the fastest people in the race, racking up a stack of trophies.

On the day, we were worried that she would be left a little underwhelmed by the Ninja 400, having spent most of her time on a race-prepped 600, and yet she was nothing but thrilled to have Thursday off to have Red Star Raceway all to herself.

The Ninja 400 is a parallel-twin, meaning it has a particular sound track, one that resembles a buzzsaw plugged directly into a nuclear power plant. Zoé exited pitlane and immediately the buzzsaw was set loose, shooting between Red Star’s sinuous sections, and without tyre warmers on the standard tyres, she was getting her knee down on the first lap, seemingly oblivious to how you’re not really supposed to do that. By the third lap she was hooking it into corners, seemingly also oblivious to the fact that this is not a race bike on race tyres. We began to grow concerned that we would be returning Kawasaki’s bike in a bucket. And yet circulate she did, with almost anti-climatic regularity.

She would bang down the gearbox going into corners, letting the slipper clutch alleviate any bouncing or hopping. The Nissin brake with, a 20mm larger disc, did its job ensuring no sponginess, even under Red Star’s regular hard braking zone. The frame is a new steel-trellis unit that is accompanied by front forks with pre-load adjustments and a new KYB rear shock. No where were the words Ohlins, WP or Showa apparent, and yet Zoé didn’t seem to notice. The wheel base is 35mm shorter and there is a steeper rake angle, all meaning faster steering.

This is despite the fact that the bike isn’t small. At a shoot we did at Fire It Up a little while ago, the Ninja 400 was parked next to a ZX-6R and a ZX-10R. In our busy state, we walked straight past it and didn’t even notice that it wasn’t one of its thoroughbred superbike brethren.

Zoé spent the most part of a day buzzing around Red Star, and every time she stopped while we adjusted cameras, her smile was as wide as when she arrived. This is a bike designed for new riders, and it is a truly fantastic introduction to motorcycling, and yet here we have someone who has been rubbing elbows in the echelon of racing for more than ten years, and loving every second of it on the 400. It’s a bike for newbies, but that doesn’t exclude everyone else.

Kawasaki Ninja 400 off the racing track

After Zoé had made her retreat back to the safety of her home, I took the Ninja 400 for a spin around Joburg. It has a sporty look about it, yet the handlebars are raised, there is stacks of leg room, the seat is cushy and the screen offers a surprisingly good amount of protection. The twin motor has not the most bottom end torque, and we fear that the like of the RC390 single might beat it off the line, but once the revs reach the stratosphere, the Ninja 400 comes into its own, and I fear it’ll be on its own quite some distance ahead of anything in its now spoiled class.

More information: www.kawasaki.co.za
Much thanks to Zoé Bosch