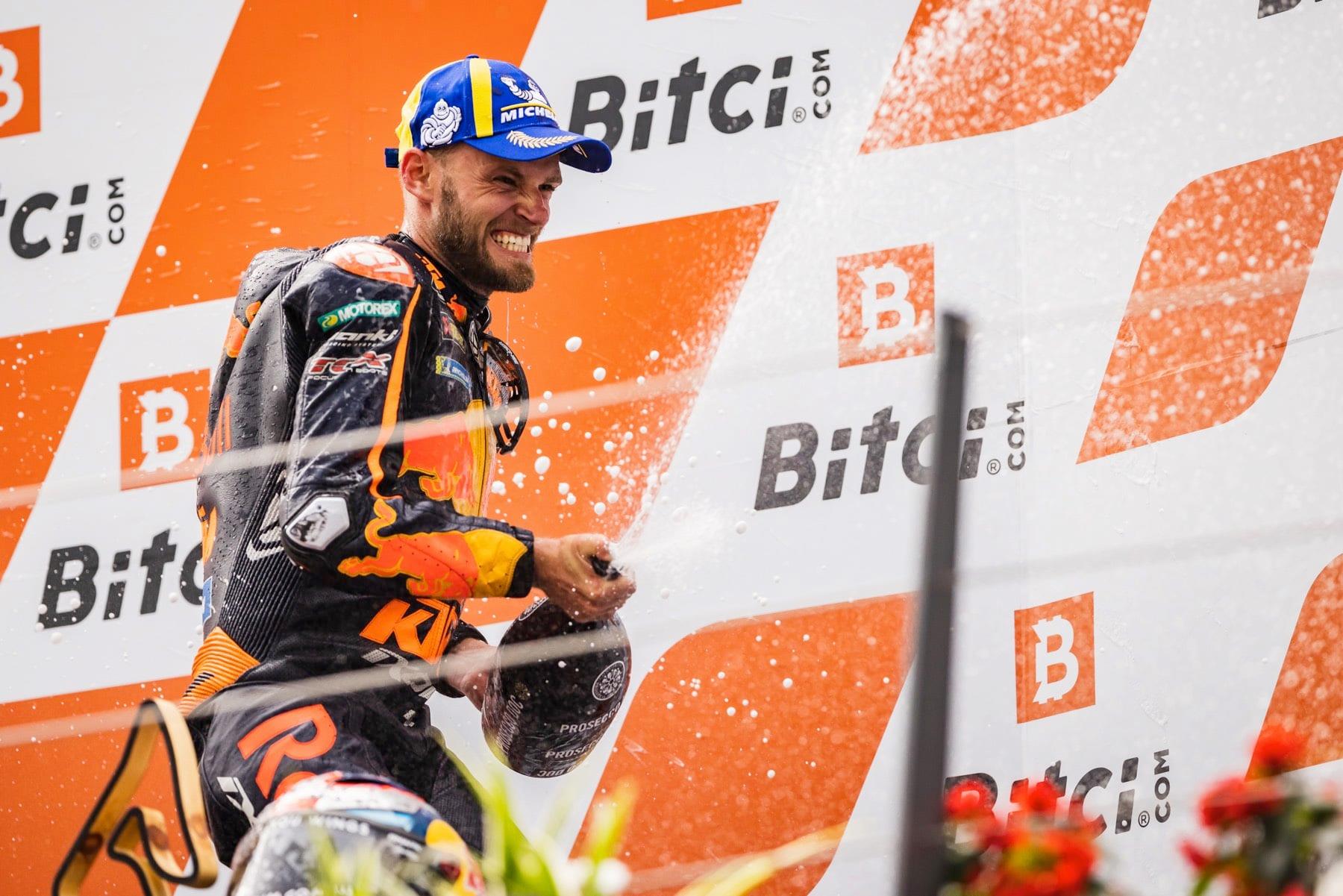 When there’s time on your hands… F**kery alights on great wings of translucent mischief.

You begin to wonder what would happen if you fed Thesaurus the names of 2021 MotoGP riders. One at a time, obviously.

What happens, then? This. This happens.

Antre – a Cavern, grotto
Dozies – Narcotic, drug-induced sleepiness
Getting high on narcotics in a cave somewhere – perhaps what he was up to for the while he was not racing?

Khan – King, Emperor, Monarch
Arc – Luminous electrical discharge between two electrodes or other points
A bright spark, with flashes of greatness; he has the potential to rule the class, but needs a more stable current.

Sedan – a Car with four or five seats, two or four doors and a separate area in the back for luggage
Bridal – Anything pertaining the bride at a wedding
Suave saloon that brings the bride to her wedding ceremony. Important, but only because of its link with the bride.

Denial – Rejection of an allegation; Disowning
Petrous – Rough (like stone); or, the temporal petrosal bone which contains the internal auditory organs
Listens to heart. Disowning MotoGP in favour of the rough ‘n’ hard Dakar.

Luck – As in, good or bad luck
Marina – A dock for small watercraft
His ship has yet to sail, hopefully a slightly newer one in 2022. Luck covered all its bases from ‘Hell Yeah’ to ‘Heck No’.

Frank – Straighforward, blunt (speaking)
Morbidly – Gruesomely, unnatural; in unhealthy mental state
This is, frankly, a hard one… It was a gruesome season of ups and downs, but somehow this man managed to keep his DNF-card unnaturally clean.

Enema – Injection of fluid into rectum to cause bowel movement
Bastion – A stronghold or fortress
Gave many a fellow rider the shits when he blew past them on his ancient fortress-like Ducati.

Hiker – A backpacker
Lacuna – Gap or missing part
Took every gap to fall off. Packed his bags and hiked over to Superbikes.

Talkie – ‘Talking picture’, movie
Narcoma – Narcotics-induced stupor; lethargy
A short motion picture covering a year in the life of a young man prone to falling over; was it narcoma? Lethargic stupors? We may never know…

Frenzy – Burst of extremely energetic action
Safari – An adventure
An adventurous soul, a very abrupt decision, and a team that seems to enjoy the frenzy of changing riders…

Brad – Rivet, fastener
Binder – Folder
Our local boy can definitely file this past season in the Riveting Stuff folder.

John – Lavatory
Mi – Third tone in the diatonic scale (E)
Got his champion-head dunked in the toilet by Fabio and Pecco, leaving him third on the MotoGP scale for 2021.

Jack – Device for lifting up heavy objects
Mailer – Brochure
Lifted his teammate up into second place in the championship; constantly browsing the Dainese brochure after tossing his kit into the crowds.

Helix – A spiral
Espresso – Strong coffee
Could do with some strong caffeine, what with his racing resembling a slinky-spiral. Up. Down. And up. Down.

Ale – Beer, but darker and more bitter
Rains – Large amounts of water falling from the sky
His new nickname must leave a bitter taste in his mouth; rain wasn’t the only thing falling at inopportune times.

Pole – Long piece of wood or metal; first slot on the starting grid of a race
Espresso – Strong coffee
One of the reasons Aleix needed some strong coffee. Managed to scoop one of those poles at least.

Valentine – Beloved companion, sweetheart
RSI – Repetitive Strain Injury
Probably developed an RSI from his wedgie-tug; the coveted Sweetheart of millions around the world.

Ale – Beer, but darker and more bitter
Marquee – A large, open-sided tent
It must be dark in Marc’s shadow, but at least it opened up a little in his absence.

Mogul – Powerful person; mound on a ski slope; descendants of Mongol empire
Olives – Edible fruit; drab khaki colour
Not everyone likes you, but that’s okay. Has the potential to be Great.

Corge – Metasyntactic variable; whatever; basically a ‘nonsense’ word
Matting – Carpeting
Tripped on the MotoGP welcome mat, and missed most of the season. Humbug.

Marc – The grape-leftovers within the press after pressing; the brandy produced from this residue
Marquee – A large, open-sided tent
There has definitely been a large amount of shade thrown over his 2021 season; fell off his offroader and now knows how an alcoholic sees the world.

There you have it. Names can be fun. And I clearly have too much time on my hands between appointments.

Shall I do the same for Moto2 and Moto3?