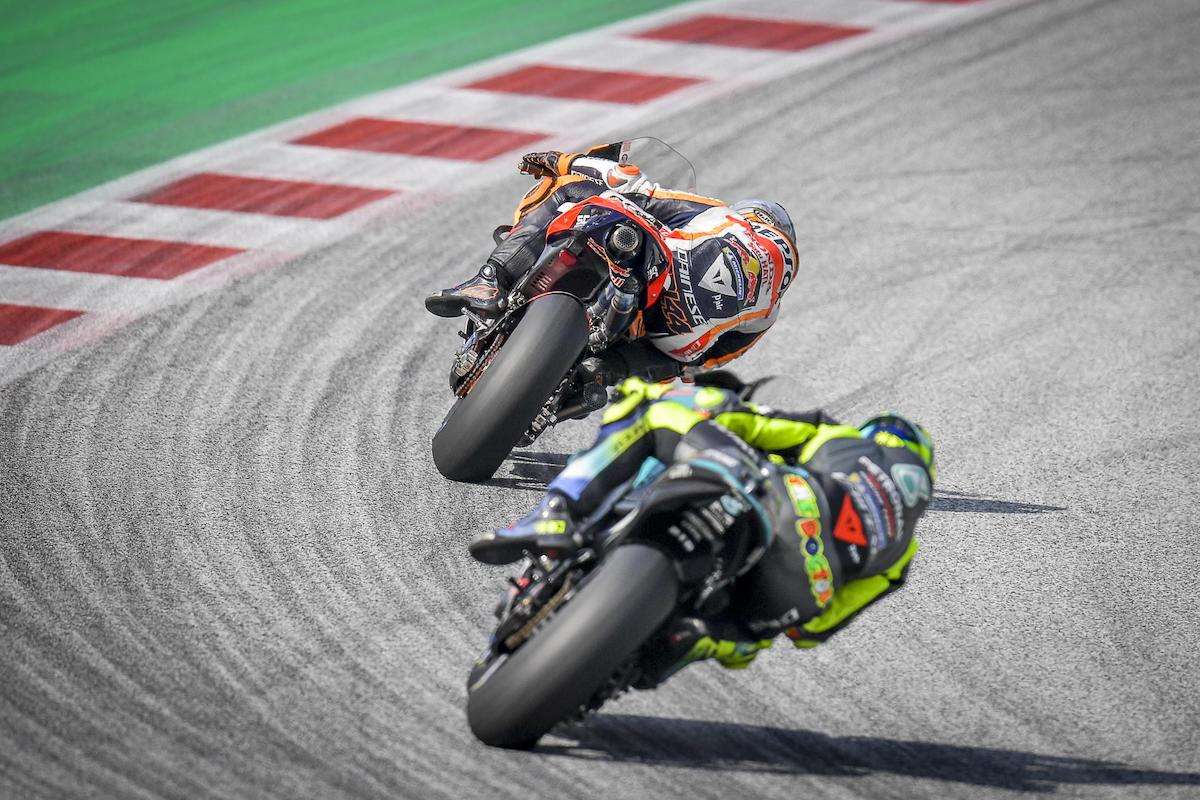 Well then. This weekend we have internet again, but on Wednesday my old computer simply died. Dead. Screwed. Buggered to the Nth degree. So here I am, attempting to write this week’s summary on a dodgy laptop’s primitive Wordpad. Yes, WordPAD.

Lord have mercy… The things I do to bring you entertainment. Ungrateful bunch of hooligans.

It wasn’t wet this time.

Yamanaka had to sit this session out due to fracturing some important skeletal components during free practice. For his role in said fracturing, Rodrigo was sent to the pitlane-start-corner to think about what he had done.

Q1 was looking rather civilised – especially for Moto3 – until Fernández’s bike turned steamroller, first flooring its pilot then steaming right over him.

He must’ve called her fat… or slow.

A disappointed Migno appeared to be in no hurry to return to the pits, having failed to get into Q2 and fearing a flogging.

In Q2 Rodrigo let up, straight into Suzuki. He was one bunnyhop-length away from potentially becoming One-Arm-Gabby there.

Honestly, Gabriel, why you picking on the Japanese? Don’t you know they have one of the most dangerous mobs in the world over in Japan?

García and Sasaki showed us that Angry Hand Gesturing is truly a universal language.

Someone must’ve switched out Darryn’s Pre-Race Special Shampoo – our Divebomber has to work his way from eighteenth on the grid.

Some ways ahead of him, Fenati claimed his first pole in, like, centuries. He’ll be joined by Suzuki in the second spot and Alcoba in the third.

Q1… All was transpiring quietly until Arenas slipped, fell, slid, and enacted a full-blown Opera Tragedy in the gravel.

Shakespeare would’ve been proud. Ten out of ten.

Manzi tried out Can-Can on a bike. Looked good, scores a solid nine out of ten from me.

Halfway through Q2 Bezzecchi combined Bike-Bowling with a little Freestyle, and even threw in a tryout for the 100m sprint. Good form, could’ve been better in places. I score that a seven out of ten overall.

Post-race he gave us a ten out of ten Wind in Hair performance, fit for a Pantene advert.

Session all but done, Gardner had a rare whoopsie. Or was he trying out luge sans the actual luge? If so, it was a body-luge worth nine out of ten.

Mister Lowes was so chuffed with taking pole it looked as if he’d already won the race.

So, with a Very Happy Sam taking pole, Fernández – Raúl, not Augusto – managed to grab second, with Ogura in the third spot.

(Did you guys see that marshall nicking Gardner’s bike for a little joyride? C’mon, you’d have taken the chance if it presented itself to you, too.)

Viñales got detention for acting up like a bitch prior to the Bitci GP. Trying to break the bike because they filed for divorce, is not the way you attract a new partner, Mav.

His apology speech sounded much like someone who knew he’d screwed up. You wanna talk about all that hidden emotion, Vinny? You sound like you need to talk about it.

Was Rossi… pulling a Márquez in Q1?

On his very first flyer (and on his second, too, to be fair), Fabio obliterated the All Time Lap Record.

Could someone please find out what he was listening to pre-qualifying? It seemed he was set for yet another pole start.

But hold the celebratory champagne! Bottom of the ninth, all out, and on comes Martín… coolly snatching that record from Fabio.

Along with the record, Martín scored pole; with a blood-nosed Quartararo having to settle for second on the grid. Bagnaia claimed the last front row position.

Elder Brad will launch his charge from tenth. Cautious excitement builds within me.

The Supersonic Toasters have returned!

Now I have yet another name to remember: Valtolini. Can I call him Voltolini when he’s on a MotoE bike? Please?

Madam Herrera wasn’t satisfied with her lap, curse-shaking her head because she apparently went slower than the previous year. Or something.

Okubo scored some Coolness points for saluting his ride before mounting. It did seem to pay off, Okubo getting in a very decent lap.

Someone hopefully packed some extra clean undies – by someone I mean Granado. His bike temporarily turned rabid, bucking and launching him a few feet above the seat as it slithered below him. Somehow Granado got it tamed again.

Did we witness a glitch in the Matrix on Torres’ lap?

It was one insane performance by Aldeguer that won him pole position in the end. He will be joined by Tulovic in second and Ferrari in third.

That’s it for the qualifiers – less crashy than a week ago, but still promising us some heart-stopping racing for Sunday.

Snacks at the ready. Bring it!