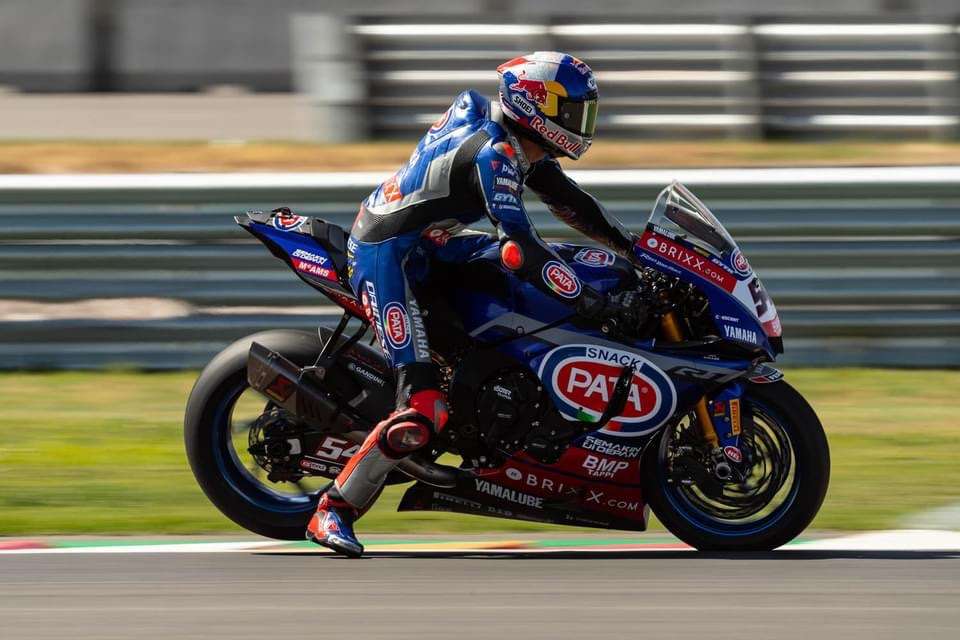 The first round of racing for the weekend delivered some awesome mid-pack action. All while backdropped by some epic Andes-wallpaper.

They should rename the circuit – Circuit de Jules Cluzel. It has a nice ring to it, no?

On Lap Seven the marshals dug Petratti out of the gravel before setting him free to rejoin the race.

For the majority of Race One, the Öncü Versus Gonzalez (Manuel, of course) Battle was the most exciting battles of the day. And it was awesome.

After struggling a bit through the first few laps, Odendaal reeled in Aegerter like a hooked carp, and by Lap Fourteen he was past. (Hooked carp? I’ve been listening to too much fishing trivia a la Mini Me again.)

By that time Cluzel was years ahead of the rest, cruising away very lonely-like at the front.

De Rosa, while fighting a valiant battle for sixth, dropped his bike. At first, he scrambled to pick it up – and succeeded – but it wasn’t long until he had to leave the stricken beast behind and seek out the Shade of Shame.

So, Cluzel took the win, making it three out of three for the Frenchman at San Juan. Not only that – he bagged a new Lap Record to boot. ‘Tomorrow maybe we find something more’ – TF more you want, Jules? Next year’s win, this year? Sheesh.

Odendaal successfully fended off Aegerter and was rewarded with fourth.

Right on the first turn, poleman Redding had an oopsie, slide-pirouetting off-track. Somehow, he managed not to collect some debris in the form of his fellow racers on the way. Seven out of ten for the pirouettes.

Right on Bautista’s heels, Viñales lost his way and went straight through a corner – that was not the pit lane entrance corner, Isaac. Six laps later he did find said entrance, and retired to his pit.

After his little slip-up, Redding had found himself stone, dead last. By Lap Ten he was up into fourteenth; by the sixteenth lap he had bludgeoned his way into tenth. When the checkered flag dropped, Redding was in ninth, shaking his head in a show of self-berating as he did so.

Razsplittyfrockoo (obviously) took the win, Rea coming through a few months later to take second, and Rinaldi claiming a well-deserved third… And getting language-confuddled in Parc Fermé.

The championships are making many a hard man sweat, and at least one could potentially be decided today.