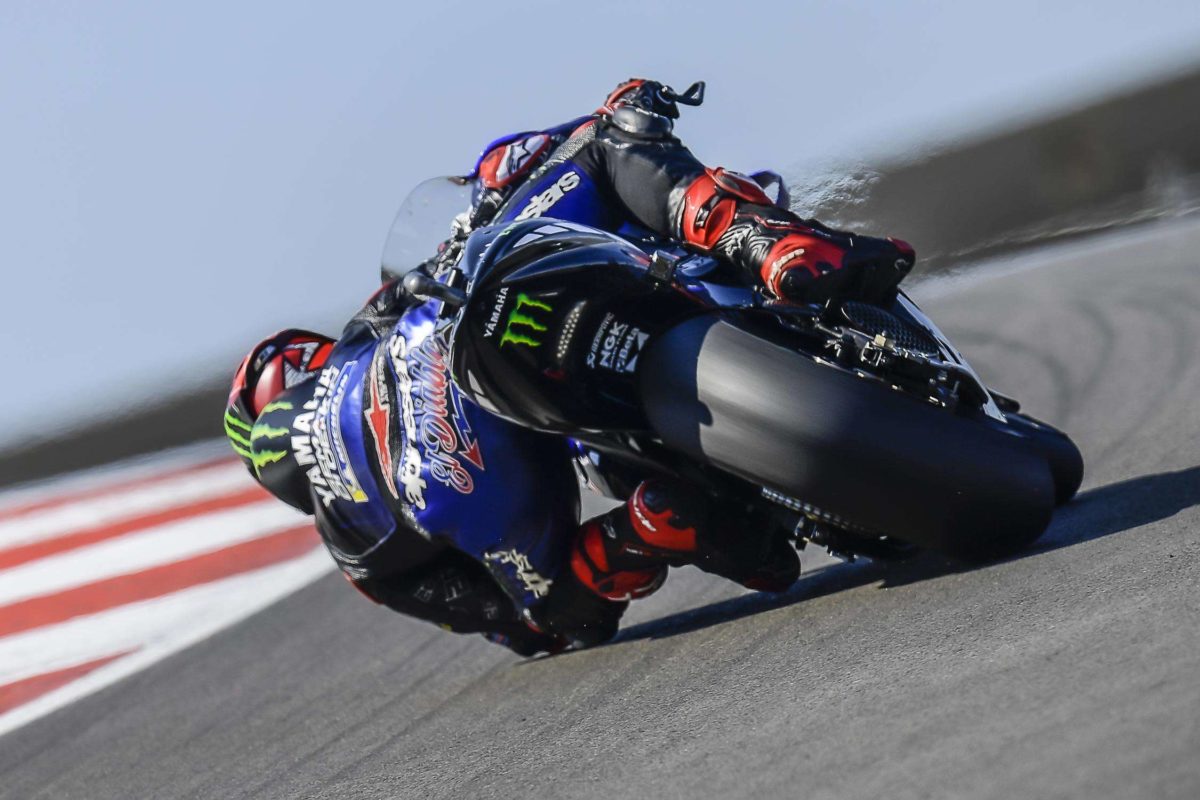 You are reading the words that nearly weren’t written.

With some very Exciting Stuff happening tomorrow – and no, that’s apart from the GPs – I have been doing some chaotic low-flying today trying to get everything done. I write this paragraph as I catch up on the Moto3 qualifiers.
Let’s get into it, shall we?

Moto3:
Apart from Sasaki and Kunii showing us just how close ‘close’ is, not a lot of excitement radiated from Q1. Until, that is, Toba did the butt-slide of shame. Notice how the bike turned around to look at him as if to say, ‘What the actual f**k, man? We needed that lap time!’

Q2 reserved its entertainment for the very last one-and-a-half minutes. Rodrigo and Salač must have been absent the day luck was handed out; what with getting muddled up and crashing out on their final flying lap. Salač was apologising before even finishing his tumble.

Dear Tissot, please send the guys at Esponsorama some new timekeeping stuff. Alternatively, Esponsorama may have to send whoever’s in charge of timing their releases back to first-grade math class…

Our Street Fighter Two will be stuck into pit lane for the start tomorrow, Alcoba with a five-second deficit and McPhee with double that. Let’s hope they’ve left their little boxing gloves in their rooms this weekend… (It was helluva entertaining, though!)

This bumps our boy Darryn up into sixth from his eighth-place qualifying spot on tomorrow’s grid – not a bad place to be.

Well flown, Andrea Migno; a deserved pole position. He is joined by Foggia in second, and – due to Alcoba’s finger-rapping – Garcia fills out the first row in third.

Moto2:
Was I the only one thinking Luthi looked like a man with the inopportune sh*ts when he bolted into the pits? Turns out it was his bike that had the upset innards, not him.

Jack and Jorge went up the hill… What? That’s not how it goes? Tell that to Navarro, whose ride bucked like a spooked stallion sending him tumbling after. Navarro got up and, albeit with a slight wobble, began walking down the remainder of the hill. It took him several seconds to shoot a glance over his shoulder, apparently registering that maybe he should be walking away from the black bit where all the other whizzmachines were rushing past him at high velocity.

Chantra the Thai; what a blistering performance. Top of Q1 onto tenth place on the grid.

Sam Lowes unceremoniously slid out of his final lap in Q2. It was slightly amusing. Perhaps it was due to a wet seat after his Ohsh*t moment early on in the session. His awkward jog to his downed steed should have been accompanied by an ‘Oh bother’. Read that again – in C3PO…

Fabio Di Giannantonio got stuck in the pits with a technical issue. Bummer.

Montella had a bit of a whoops – and almost Kung Fu’ed a pushing marshall, who thankfully had the Kung Fu reaction speed to dodge the oncoming boot.

So Sam takes his customary pole, followed closely by Gardner. A very big congrats to Vierge – going through Q1 to end in third-on-grid in Q2.

MotoGP:
Bloody hell, Jorge! I mean, I’m glad you’re alright, but that tumble really buggered up my Superbru, my guy… Heal up soon.

Unless you’ve been in a coma, you’d have noticed a whitewash of all social media as Marc announced his return this weekend. I shall reserve any predictions on his race tomorrow. With my buggered arm – and it wasn’t snapped like a winterdry-twig – I still get reminders when taking on long stints of riding years later. But, I am not a MotoGP-alien.

Nakagami and Pol both got smashed around in FP; Pol was able to get back for Q1, but Nakagami, slinged-arm and all, had to accept his fate and watch the rest from the pits. Portuguese circuits can be so temperamental…

Brad couldn’t find the pace, finishing in fifth, which places him in fifteenth on tomorrow’s grid. That is still two spots up on Doc Rossi.

Marc Márquez takes the top spot of Q1 on his first race in nine months – shaking that right arm after doing so. I, too, have to shake the fuzz out of my bad arm… The question is, does he have more fuzz or less?

He sure did wait for the last minute to run his Q2, favouring that arm ever so inconspicuously. Is this a sign of trouble, or just some clever dramatics?

Zarco got clouted by a bit of the Commentator’s Curse, going down the moment they mention the flyer of a lap he was on. Luckily he managed to get back on and take it to the pits.

Fabio’s bike did a hobble; then decided some sightseeing would be great before rejoining the session. The sights must’ve been inspiring because he flew into an impressive second place. Which became pole when Bagnaia’s record-setting lap was cancelled.

On that topic – you have to have the feels for Bagnaia. Poor guy must have been crushed when they broke the news to him. Imagine thinking you have just set a new lap record, only for it to be revoked at the last second. Down pitlane you go, planning your little speech in Parc Fermé, when your team enlightens you on the fateful turn in your luck.

Oliviera took a pebble-cloud tumble at terminal velocity, making him one of today’s last victims of the Algarve.
Márquez – Marc, not Alex – finished in sixth after a bunch of insane final flying laps from the rest. With Bagnaia dethroned due to a yellow flag, Quartararo takes pole, with Rins in second and Zarco picking up third.

Algarvean crashes seem to be of the spectacular kind – and there were many of them over FP’s and Qualifying… Some claimed their victims, others were lucky enough to still compete in tomorrow’s races. I predict more carnage in said races.

The aforementioned Exciting Stuff happening tomorrow will probably mean I’ll be playing catch-up on the main races later in the evening, but it’s worth it. Keep an eye on my page, and all will be revealed soon!