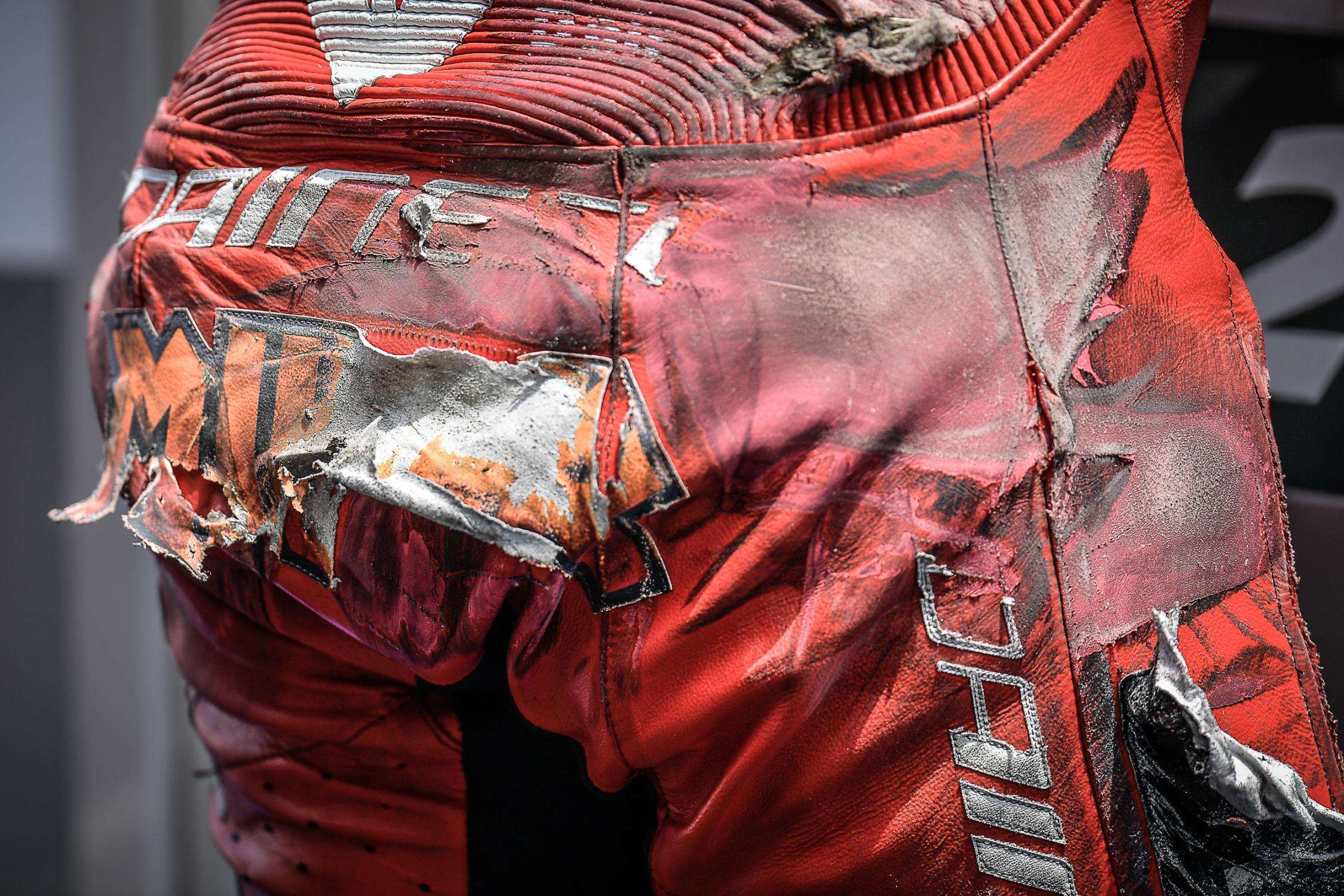 Let’s try to keep this brief.

Q1 – Just as it seemed there would be no crashes, Migno decided it was time to plant his bike in the pebbles, and throw in an impromptu audition for a part in one of Shakespeare’s dramatic operas.

McPhee bossed the session, flying into Q2 along with Artigas, Masiá and Rossi.

Again, the Hurry-Up-And-Wait game played off in Q2 – the masses waiting for Rodrigo to launch. Did he throw a fit? No. He laughed and waved the lot on as he cruised out of the pits. Clearly he found it immensely amusing.

With that Rodrigo took his first pole, joined by his teammate Alcoba in second and Antonelli in third. Yay teamwork!
Darryn took seventh spot on the grid, which is not bad, not bad at all.

Early on in Q1 Navarro’s bike checked whether its rider was awake by attempting to rip his right arm off at the shoulder like a starved crocodile. It failed, and Jorge likely scolded it viciously as he tried to relocate the track.

On to Q2. Schrötter temporarily turned his Moto2 ride into a Supermoto through Turn Four. Style points: Ten out of ten.

This time ‘round, Navarro didn’t stay in the seat. Bike-skipping score: a mild seven out of ten.

Sam Lowes got to do some rodeo’ing. Managed to stay on the Kalexian bull.

In the end, Gardner claimed pole after a hot duel with teammate Raúl Fernández, who settled for second. Bendsneyder rounded off the front row.

That little exchange between Márquez and Miller was absolute gold. It made my day.

If you didn’t feel the urge to go give Iker a hug then you must be utterly frigid. Full tilt, slide out, his ride attempting to bodyslam him from the top rope – er, top of the fence – like a WWE wrestler… Lecuona simply sat in the dust and gravel in utter dejection.

Miller said ‘You do you, booboo.’ And absolutely destroyed Q1 with a grin on his face, and Marc in tow. Marc, who was nudged out of Q2 contention by his own teammate.

Mid-Q2 Rossi’s bike decided to go straight in Turn Four instead of around the curve – horizontally.

After a blistering Q1, Miller was flying through Q2 – until moments before the cut-off time. It looked like someone had stretched an invisible cable across the track, the way Miller’s Ducati bucked.

The electric machines make an appearance again this weekend.

Nobody crashed. Many did the rear-slidey-move.

Interestingly, a total of six of the Energicas will be charged via solar power. ‘Walking on Sunshine’ started playing in my mind… Or is that ‘Riding on Sunshine’?

The superpole-style qualifying is interesting, but not marginally as entertaining as the conventional qualifying sessions of the GP races.

In the end it was Granado who took pole, with Torres in second and Aegerter coming in in third.

It was a great day of qualifying, and we’re looking forward to some Super Saffer action in both Moto3 and MotoGP tomorrow.