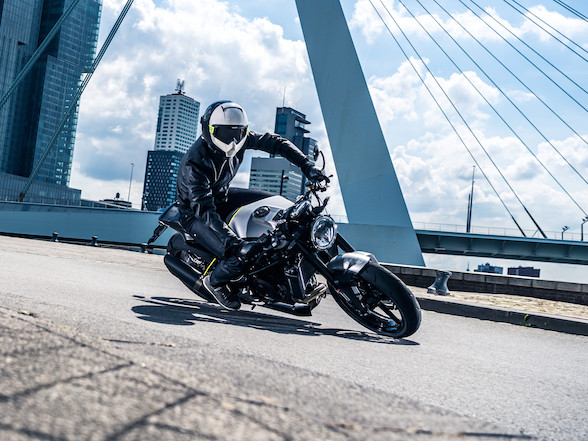 Review and Video: Husqvarna Vitpilen 701 – the bike for art lovers

Last week, Harry Fisher gave the Vitpilen 701 a good once over, but that is Harry, the connoisseur of art and style. Mat Durrans, on the other hand, is a tad more pragmatic about his motorcycles. Will the Vitpilen 701 still rate as well? Below is his review followed by the video from The Bike Show TV:

Story: Mat Durrans
Husqvarna’s Vitpilen 701 (white-arrow in Swedish) has been causing quite the stir since it arrived earlier this year, and that’s largely because it is such a great looking machine. The bike has made it from concept to production in a relatively short time, and in the process has remained remarkably faithful to the original design.

Clean lines and a minimalist approach to bodywork have created a modern cafe racer, and along the way provoked a million discussions about whether this bike has actually crossed the boundary into the world of art.

Interesting as those intellectual exercises might be, I’m worried that they’re overshadowing the more important question. Is it any good as a motorcycle?

With a low clip-on handlebar the riding position isn’t that far removed from that of a modern superbike, and yet in reality this is an urban tool. Its intended audience will spend most time battling the crowded roads of the big city, and basking in the reflected glory of a bike that stands apart because of the way it looks.

So, surrendering to my occasional contrarian tendencies my first ride sees me heading out of the city in search of some back roads. I want to see if the Vitpilen’s spec sheet fulfils its promises of sporting fun, or whether I need to ignore the dynamics and concentrate on the aesthetics.

On the surface the spec sheet might not excite you, after all the claimed power of 56Kw isn’t exactly impressive, but when combined with a weight of 157kg it suggests there’s at least some fun in the package.

I recently spent some time with KTM’s 390 Duke, itself using a single-cylinder engine that makes slightly more than 30Kw, and I can’t deny it was a load of fun. By comparison the Vitpilen has nearly double the horsepower, and stacks on less than an extra 20kg. Surely that means even more fun? 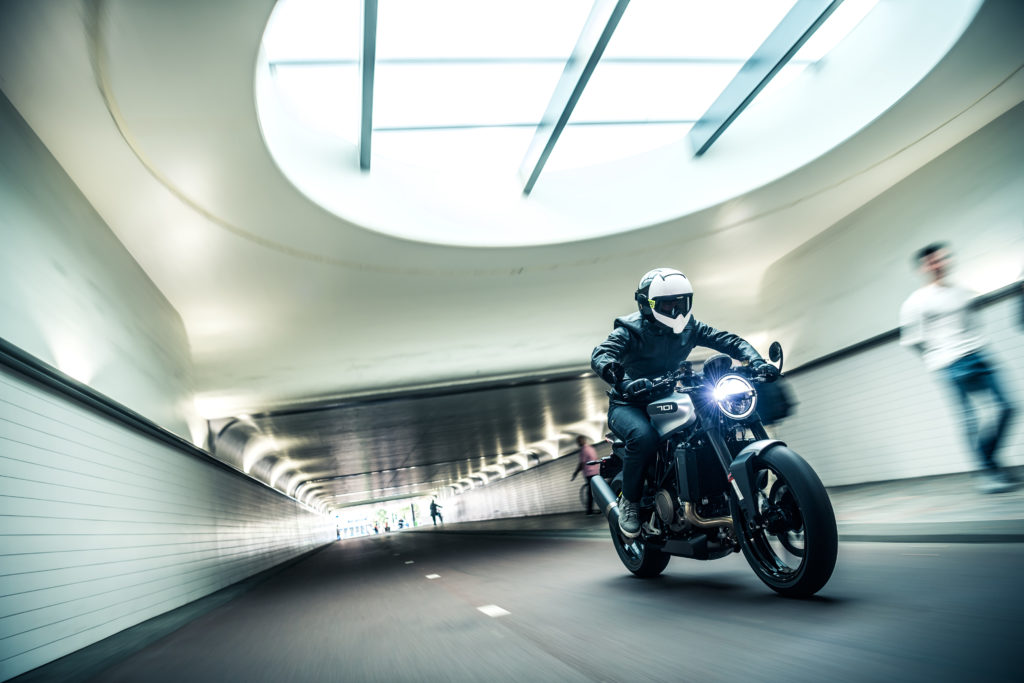 Indeed it does, as I blast through the first series of proper corners I can find, I realise there’s some proper substance to this motorcycle. The light weight translates, with the help of a sorted chassis, into a bike that is nimble yet at the same time solid and reassuring when you’re dialling in some decent lean angle.

The suspension comes from WP, the same supplier to the KTM MotoGP race bikes, and despite the racing pedigree I’m delighted to find the stock settings are compliant, soft even. This is exactly what you need when you’re pushing on public roads where bumps and potholes often force you off the perfect line.

Keeping the pace high in these circumstances also needs a willing engine, and this Husqvarna, given that it is effectively part of the same family as KTM, uses the existing KTM 690 which is already widely recognised as the best single-cylinder motor on the market. A wide spread of torque and a high rev ceiling (for a single) generate the kind of performance that is easily accessed.

Combine this engine with an up-and down-shifter and you have a a great engine that is an absolute pleasure to thrash through the gears.

I head back to the grind that is Jo’burgs traffic nightmare and these same traits manage to turn even this unfriendly environment into something that can be enjoyed. By this time I’ve spent a couple of hours in the seat and I can feel it. The weight on my wrists is beginning to tell and the seat’s thin padding isn’t doing my posterior any favours either.

Time to get off and tackle the whole ‘this bike is art’ issue. Being a Philistine peasant my initial reaction is to say don’t be silly; it’s just a good-looking bike. But I’m at an art studio belonging to friend of The Bike Show Yuil, and he’s adamant that even though this is a piece of machinery with a definite, practical function, it is still art. 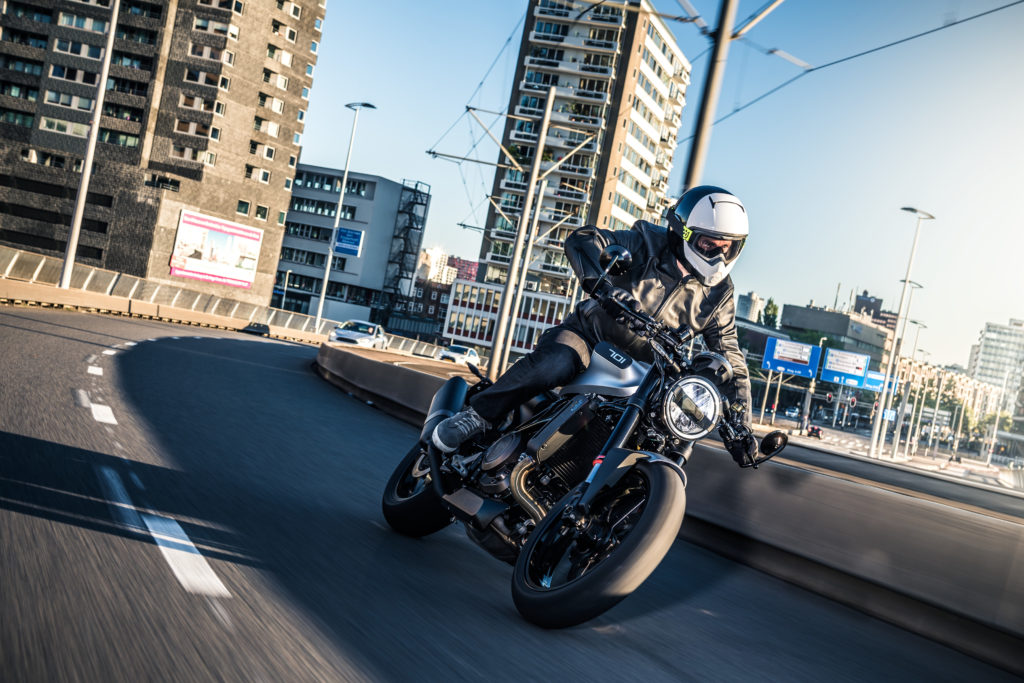 Given that a piece of art is designed to affect you emotionally, intellectually, or indeed both, then he has a point. You don’t need to ride the Vitpilen to be moved by it. Its form is enough to evoke dreams of riding, and thankfully its function is more than up to the job of satisfying those dreams.

Dreams and art generally don’t come cheap, and so it is with this Husqvarna. R145 000 is a decent wedge of cash when bikes with more cylinders, comfort, range and practicality are available for less; but it’s not so off the scale that those who appreciate the finer things in life will be deterred.

Story courtesy of The Sowetan