Story: Harry Fisher
Chatting with friends recently, we challenged each other to nominate the greatest bike of all time. My choice was derided as too obvious but there can be no doubting the significance of this little bike on a number of levels.

Soichiro Honda had been marketing a 50cc motorbike in Japan long before he turned his attention to the American market. A fan of the four-stroke, he built a 49cc OHV engine with the cylinder lying flat and pointing forward. Extremely reliable, it produced 4.5hp at 9,500rpm. 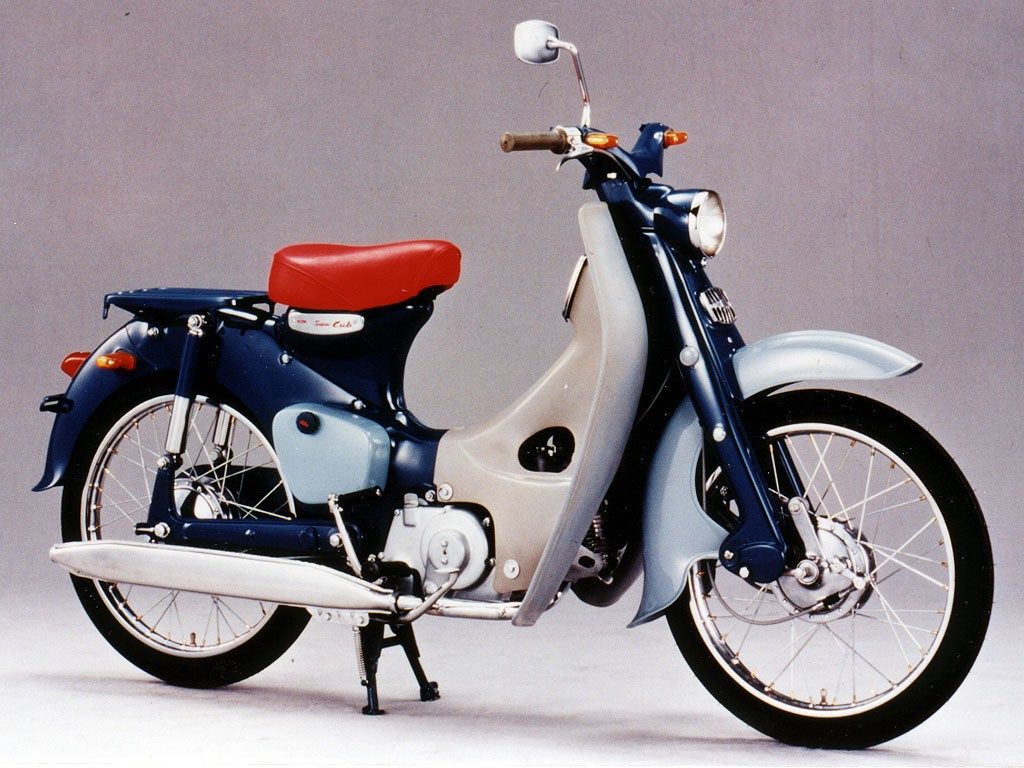 Primary drive was by gears to a 3-speed gearbox with centrifugal clutch to permit clutchless changes. The drive chain was fully enclosed and the leg shields kept road grime off the rider’s trousers. But the real innovation lay in the chassis and bodywork. The front fender and leg shields were made of plastic; just as good as metal but lighter and cheaper to produce. The frame, leading link front forks and swinging arm were made of pressed steel; again, cheap and light.

This was the bike that established Honda’s reputation in the USA. Helped by a clever marketing strategy (‘You meet the nicest people on a Honda’) the little machine appealed to non-motorcyclists as non-threatening two wheel transport, ideal for urban conditions. It was no road burner, but that only added to its appeal. Even the need to use a kick starter did not dampen enthusiasm for the bike; this bike changed America’s perceptions of motorcycling and showed them that you didn’t have to be a ‘biker’ to enjoy the benefits of two wheels. 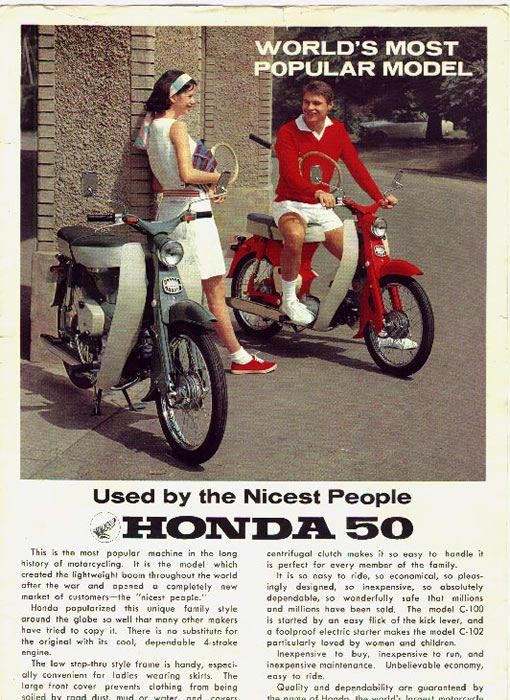 Rival manufacturers were not worried by the success of the Super Cub in markets where they had previously been dominant. Edward Turner of Triumph/BSA welcomed the bike as it would introduce people to biking who would not normally have considered it and these people would then graduate to larger capacity machines, which the Japanese did not make at that time.

Unexciting it might be but there can be no argument that it has brought mobility to millions who would otherwise have to walk or bicycle. With production passing 100 million in 2017, making it not only the most successful motorcycle in the world but also the most successful motorised vehicle ever produced, there is no doubt that the Super Cub is the most significant design in motorcycling. 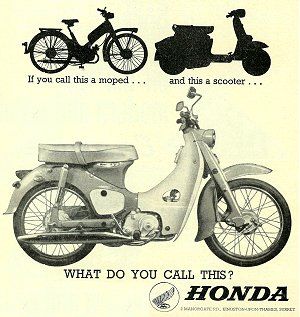 Previous Post Alfie Cox on his son's win: "Bradley has never felt that he has to fill my boots"
Next Post NiteX Enduro returns to Biker's Warehouse – 25 August 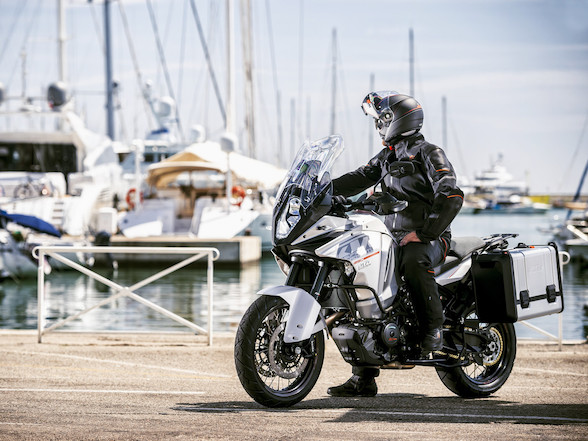 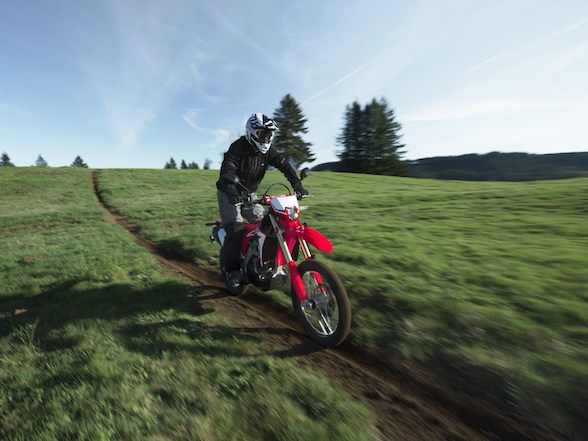 The Honda CRF450L is coming to South Africa, and soon 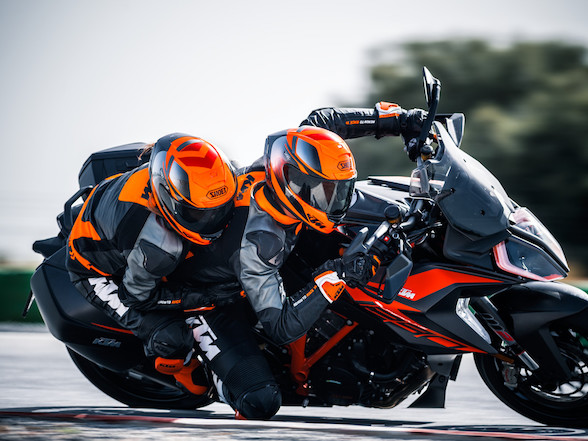 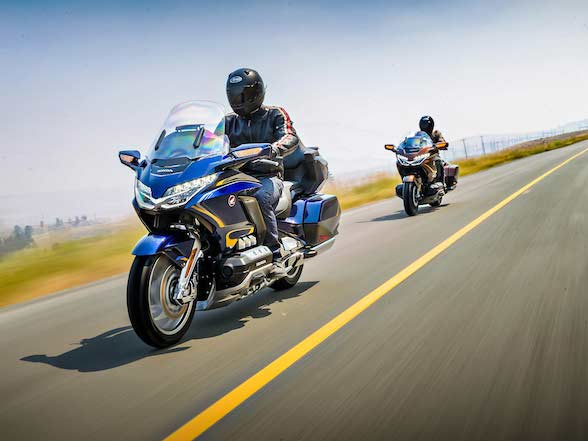 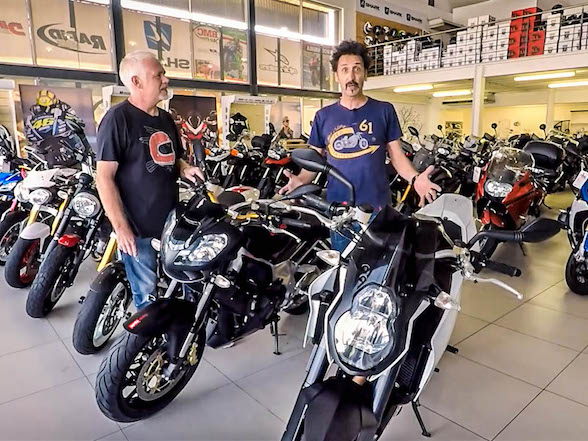