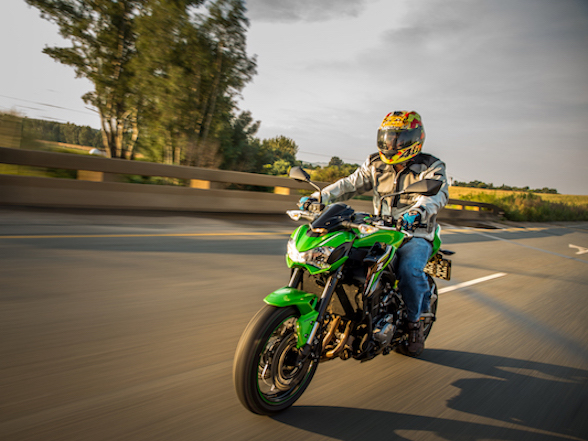 Harry: The way to fix car drivers – force them to ride bikes

In a recent post Donovan spoke about how the element of danger when riding bikes is one of the attractions and, in general, I would have to agree with him. Which really annoys me, because since when have any of us on The Bike Show agreed on anything? It’s almost against our principles.

He touched on other joys of riding  – the feeling of the sun on your back and the scents of nature unfiltered by an air-conditioning unit – in addition to the satisfaction of getting to the end of your journey in one piece but, to my mind, he missed out one of the best aspects of riding; that of riding well.

There is unparalleled happiness to be gained from knowing that you are handling your bike to the best of your abilities; that you took that corner as fast as you could; that a cross-country blast in record time was a result of perfect cornering lines leading to good speed on the following straight; that you negotiated traffic quickly on the morning commute; that your riding was safe at all times; that you had fun; that you did it all with a sense of style and flair.

To some, that satisfaction might come simply from staying alive; for others it may be trying to approach their particular bike’s limits on public roads. For many, I suspect it’s a mixture of everything. It’s their fix on life.

It’s not about being the fastest or pulling the longest wheelies; it’s about getting personal satisfaction from something that is, by its very nature, a solo pursuit; only you know how well you’ve ridden and it is that private knowledge that is so defining.

Having said that, we don’t exactly shy away from talking about it, do we?

In the classic car world, enthusiastic owners will stop and chat to each other at the drop of a hat when they recognise a kindred spirit. Tales of spirited drives, near misses, catastrophic breakdowns, epic journeys and the best driving roads are told with broad smiles and animated gestures, often accompanied by laughter and good spirit.

It is such a contrast to the average motorist, which means most of us. When was the last time you parked next to someone in a car park and started swapping tales with the owner? Did you even acknowledge him with a ‘hello’? A car is just a means of transport to so many people and very few of them have any interest at all in what they drive; it is a means to an end and that is all.

The difference between the two is passion. And passion is what every single motorcycle rider I have ever met has in spades. It doesn’t matter what make, model, size or class of bike you might be riding or what they ride, when you meet someone who rides, you are instant friends and the tales, true as well as tall, flow.

I don’t think I have ever met a motorcyclist who isn’t passionately interested in what they are riding or in motorcycles in general. And it is this interest that makes them better road users because they care about doing it well.

The vast majority of car drivers don’t give two hoots about driving and this is worrying because when was the last time you took care about something that you had no interest in? How can you do it well if you don’t care? The results can be seen on the roads of South Africa where the standard of driving is absolutely terrible. People behave as if it’s a basic right for them to drive a car, no matter how bad they are and, if they crash, it’s usually ‘someone else’s fault.’

We’ve all had our rants about what should be done to fix this; two-year driving licences only with re-testing before a new licence is granted (let’s face it, we’ve all fallen into bad habits since passing our test. For that matter, how many people in this country have even taken a test?); force everyone to ride a bike for a year before they can drive a car (fix the bike industry, economy and road behaviour in one fell swoop – now that’s what I call an idea!)

But, let’s face it; none of the above is going to happen so it will remain up to us to watch out for everyone else on the road as much as we have to watch out for ourselves, because that’s what we do as motorcyclists.

And then we’ll talk about it afterwards to anyone who will listen!