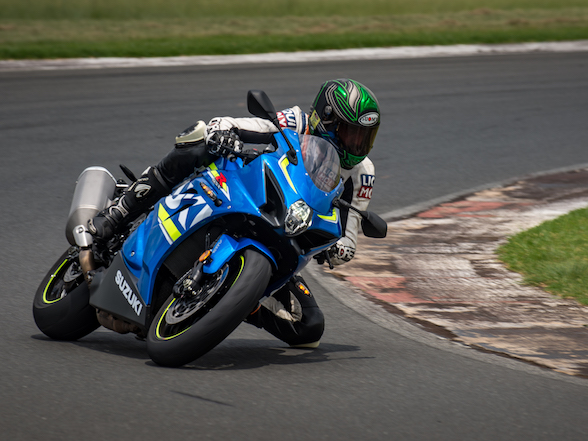 We need to reinvent ourselves every now and again to keep things interesting so that we are constantly inspired to bring you the best TV show possible. Any job can become a treadmill no matter how amazing it looks from the outside.

So, here we go with our digital re-boot and boy, am I looking forward to it. All of us – Mat, Don and myself – started out as print journalists; we realised we were quite good at it and quickly realised we were doing something we loved. Then the TV thing came along and the axes shifted away from writing to be read to writing to be listened to and there is a big difference.

But we do both with the knowledge that we are doing something that a lot of you would give your left arms and, possibly, legs as well to do. So we really should stop complaining and get on with it!

The first half of the year in South Africa is always good fun; all the new models that were first shown to the public at the large exhibitions at Intermot (Cologne) and EICMA (Milan) start trickling into the country, providing us with lots of relevant and up-to-date content. From late August, new bikes start to dry up a little and so we have to think out of the box in order to keep the show interesting and this makes the second half of the year just as much fun, if different.

At the heart of it all, of course, are motorbikes in all their many and varied glory. Right now I should admit that, as a wee strip of a lad, cars were the first vehicles that I fell in love with. Bikes followed very soon after as I realised that many, if not all of the cars I lusted after were slightly beyond my meagre paper-round budget whereas a bike was within reach and, as I discovered, much more fun.

And the same stands true today. Sure, R200,000 is still a lot of money no matter which way you cut it but when you consider the level of motorcycle you are getting for that money (or even considerably less), no car can possibly compete. Put it this way, for the equivalent performance, you would have to spend a good few million Rand on a car and who’s got that? If you don’t believe me, then I refer you to our piece we did where a Nissan GTR took on a Suzuki GSX-R1000 at the drag strip and the bike murdered the car. See the piece here:

And then there’s the thrill factor; yes, going round a track in a car can be amazing but scraping your knee along the track while leaning off a bike and cornering faster than you thought possible is just fantastic. You feel out of control at the same time as being in control and the adrenaline and the possibility of something hideous happening gets the pulse racing like nothing else.

OK, so most motorcycling is not quite like that but there is still the joy of the wind in your face, the sky your sunroof and the road your playground. Even the most mundane motorcycle will give you that but all that a mundane car will give you is a deep sense of boredom.

So, it’s bikes for me, thank you very much. And being English (and possibly a bit stupid), I’ll even enjoy them when it’s raining or cold, because when the sun comes out I’ll be on a bike and you’ll still be stuck in your tin box.