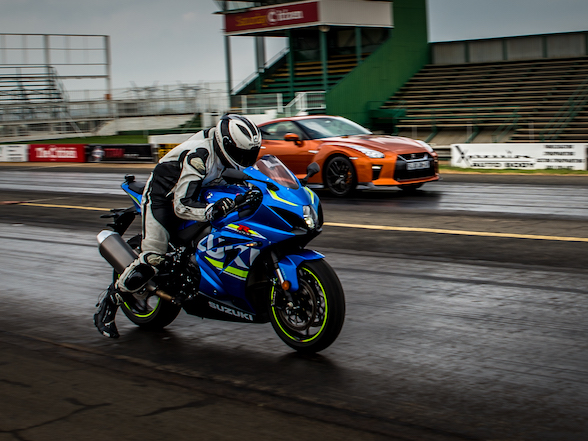 Harry Fisher Blog: ‘where can I possibly use all this performance?’

I’ve just been reading an article about the latest Ferrari perfromance supercar and I couldn’t help thinking ‘what’s the point?’ Not only that, but I also thought, ‘how far can this go?’ meaning how much faster is it possible to make these things go? How many more thousandths of a second can you shave off a 0-100km/h time or how far past 200mph can you travel in safety?

Of course the big question is really ‘where can I possibly use all this performance?’ and the answer is absolutely nowhere. Not even on a track can the mere mortal (i.e. non-professional) exploit even 50% of the available performance from such a machine. So, what is the point?

Now, I’ll be the first to applaud the state of engineering that has led us to create performance cars such as these but I’ll also state, without fear of contradiction, that such cars have become mere baubles for the people who can afford them; the great majority have absolutely no appreciation of the dynamic qualities of such cars, nor are they interested; it is all a huge wallet-waving and ‘look-at-me-I-must-have-arrived-because-I-am-driving-this’ exercise.

I’ve always been a huge car fanatic but, were I to win the lottery tomorrow, the absolute last place I would be heading to spend my new-found fortune would be a Ferrari, Lamborghini, McLaren, or any other exotic car showroom. Why would I want a car that I would never have the opportunity to drive to anywhere like its maximum potential, even should I possess the requisite skill to do so?

The point I am trying to make is this; why have something that you can’t use? Fine, you can always ‘use’ it but never to the limit its makers intended. So, isn’t it a bit pointless having it in the first place? And, before you say, ‘hang on, isn’t this a motorcycling website’, exactly the same applies to superbikes; what glorious yet utterly pointless things they are and any owner who tells you they can take theirs to its limit is being dreadfully dishonest.

What brought about this cod-philosophical musing was the new Husqvarna Swartpilen 401. We recently tested the Vitpilen 701 and found it completely wonderful in every possible way. Then we rode the 401 version and found that it might be around R60,000 less than the 701 but it certainly wasn’t R60,000 less bike. If anything, in fact, it was even better than that because isn’t there a lot to be said for using 100% of the power 90% of the time, as opposed to 20% of the power 50% of the time? Everything is so much less intimidating; you are never in danger of going too fast anywhere; your senses can keep up with everything that’s happening. But you’re still wringing the neck of the thing every inch of the way.

And that is the point. Firstly, you can’t use much of the performance of a superbike anywhere and, secondly, it removes any pretence of fun to try to do so because everything is all happening so very fast, including potential disaster. And I write this sitting in a country which is very likely one of the most lawless in terms of what we can get away with on the roads; try unleashing nearly 200bhp to its fullest extent without a number plate anywhere else in the world!

If I may return to cars for a moment; in the vain hope that untold millions flow into my bank account any time soon (not likely without some dodgy government tender) I wouldn’t go anywhere near a new car. Are you seriously trying to tell me that a modern Ferrari 458 Italia or Lamborghini Huaracan is more beautiful than a Ferrari 275GTB/4 or a Maserati Ghibli or a Jaguar E-Type or a Lamborghini Miura? OK, so beauty is in the eye of the beholder but I would bet my meagre fortune that not many people could walk by one of those without stopping to stare, not because it was rare but because they are simply perfect from any angle.

A classic car is not only much more beautiful – all the cars mentioned have fabulous curves and the bodies were hand beaten by Italian craftsmen (Coventry in England in the case of the E-Type although even Enzo Ferrari called the E-Type the most beautiful car in the world) – but they sound infinitely better and, while they might have been deemed fast in their day, by modern standards they are not but that isn’t the point; you don’t have to go fast in one of these to feel like a million dollars. In a modern car, you merely have to have a million dollars and that is not the same thing at all.

With a bike it’s slightly different; old-school curves have not necessarily given way to modern-school angularity and there is no doubt that the advances in technology in just about every aspect of a motorcycle have made them more attractive because they allow more of the performance to be unlocked more safely by just about anyone. Look at, say, a Triumph Bonneville from 1965 and it seems laughable that this was the pinnacle of motorcycling; it seems so small and insignificant and yet it was theperformance bike of its day. But I wouldn’t fancy trying to do the ton on one today, let alone hurl it round a track, whereas even the lowliest bike today can afford fun way beyond its simple underpinnings.

I would argue that far more superbike owners use their machines than do supercar owners; a superbike rider is far more likely to be passionate about his choice of bike than a supercar owner is about his car; for them it is a status symbol. There is the factor of cost, of course; while R250-300,000 might seem like a lot to spend on a bike, it is nowhere near the R4-6million needed to buy an Italian thoroughbred and, like the 701 and 401 Husqvarnas, a superbike certainly does not give R4-6million –worth less thrills. No matter how fast the 0-100km/h time for a car, it will always feel more thrilling doing it on a bike. In fact, you are looking at Hypercar acceleration times on a superbike and that means easily paying R15million so the divide becomes even more unjustifiable.

So, there you have it: sound buying advice from The Bike Show. Forget ultimate speed and posing factor and buy for fun; you’ll be surprised how little you have to spend to have the thrill of a lifetime.