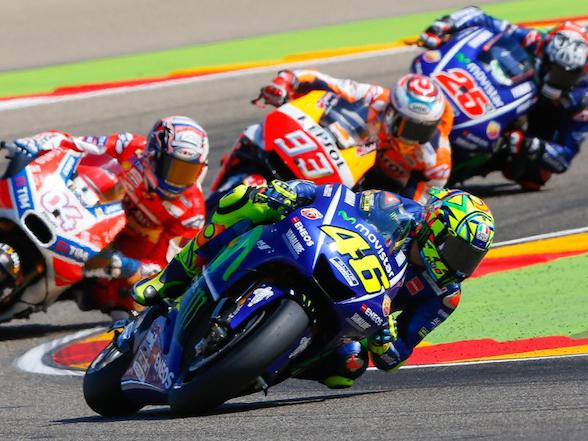 You might remember that a certain MotoGP rider who goes by the name of Rossi broke his leg about three weeks back and I wrote in no uncertain terms how I thought he was a complete plonker and that perhaps his team might not be best pleased at their not-too-insignificant investment putting himself out of the championship running when he was in with a shot.

Three weeks down the line and I stand by what I wrote, having listened in the meantime to all the arguments for and against allowing riders to train by indulging in potentially dangerous off-duty pastimes, not least of which this article by Donovan Fourie on our own website. By all means, enjoy yourself in the off-season but maybe a bit of discretion might have been the order of the day with such a lot at stake while the season is still in play?

Don’t get me wrong, the last thing I want is a bunch of cotton wool-wrapped prima donnas being cosseted so that they become the most boring people on earth with no passion and soul; pretty much like Formula One drivers. Sadly gone are the days when racers would compete in any and every race they could fit in to their schedules because, well, that’s what they were; professional motorcycle racers; that’s how they earned their living and when they weren’t racing, they weren’t earning. Nowadays that’s not possible (or necessary, given the size of rider salaries) so riders have to keep their eye in between races somehow and riding a bike – any bike – is the best way of doing that, despite the inherent risks.

However, three weeks down the line and I am forced to eat a small slice of humble pie, not because I was wrong, but because Rossi has defied the odds and returned to the track having missed only one race. What is more, he didn’t return and just make up the numbers, wobbling around at the back of the field; he damn near took pole position, started on the front row and ran second to Lorenzo for the first half of the race before finishing a fighting fifth.

And that, ladies and gentlemen, is something that deserves respect. OK, so maybe Rossi had no ultimate say in how quickly he healed – he’s good, but not that good – and he might have been lucky in the nature of the break and how it could be pinned back together but, by any measure, to be racing again a mere 24 days after breaking your leg is indicative of a passion, skill, desire and will power that makes these men different to you and I.

So, while I question the wisdom of taking unnecessary risks while in the middle of a Titanic battle for championship honours, I will salute all the riders in Grand Prix racing – or in any racing for that matter – for their bloody-minded dedication to their chosen sport and the punishment they mete out to their bodies in pursuit of glory.