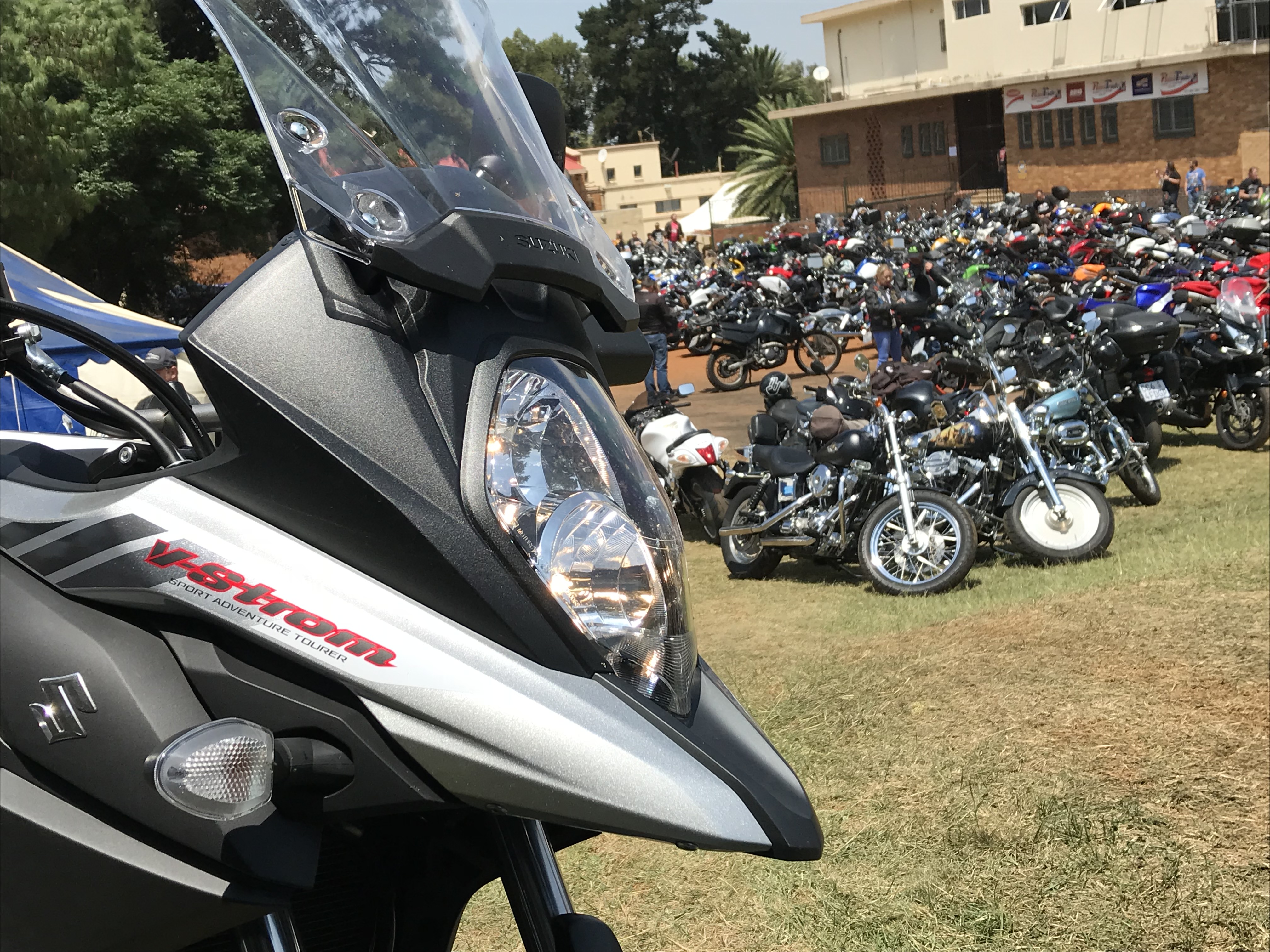 The Ink & Iron Show is a day motorcycle festival – a type of event endearingly called a day jol by the South African motorcycle community – that took place on Saturday at the Luso Africa Soccer Club in Primrose – known by residents as “Upper Bedfordview”. As the name suggests, the theme involves tattoos and motorcycles with hotly contested competitions for both industries.

There was an entire hall dedicated to tattoo artists and their studios, with various people taking the opportunity to begin, update or add to their skin art. There were also various bars at the venue, and thus we suspect that a portion of the various tattoo-ees only became truthfully conscious of their newly-found art the morning after. 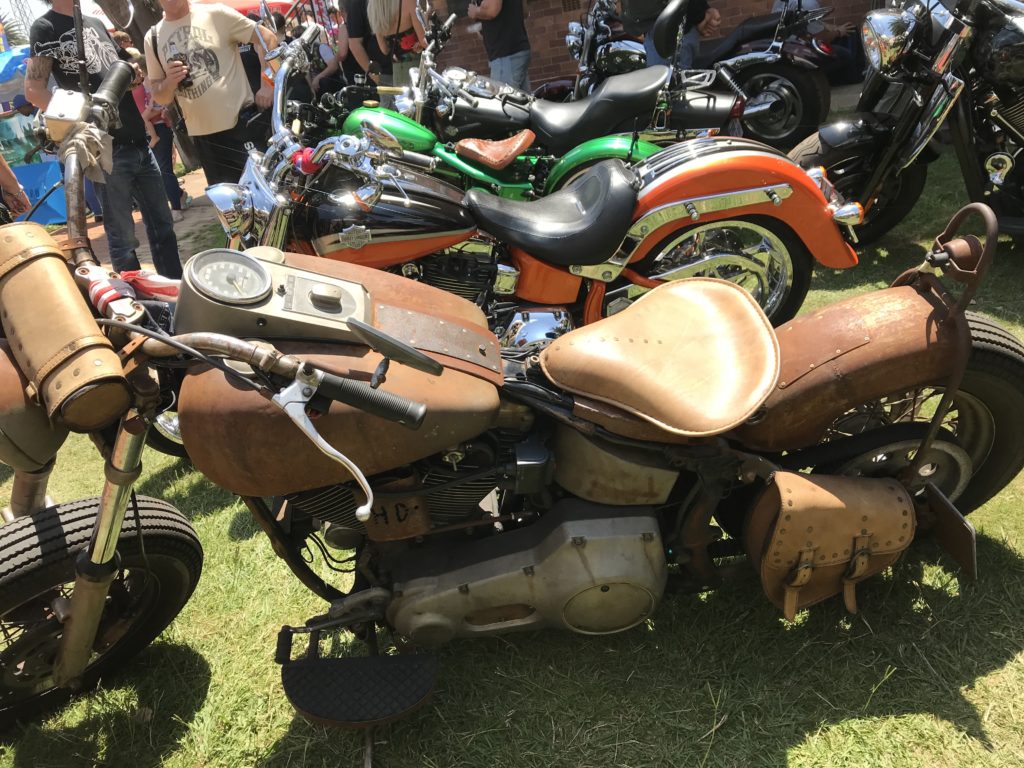 The iron part consisted of a concours, awarding one of the most coveted trophies of the year for bike builders, with some of the most hotted-up machinery on display being constantly polished by serious but keen faces.

However, to most people, the Ink & Iron is an excuse for a party, as hundreds of motorcycles and thousands of people collected for a day of music, drink, food and entertainment. This event is one of the biggest on the motorcycling calendar, and remains popular and well attended with organiser Grant Mc Nicol ensuring everything runs smoothly.

Rim & Rubber organised a ride from their shop in Fourways to the Ink & Iron Show, meaning a good breakfast and and then a jovial ride to the event. 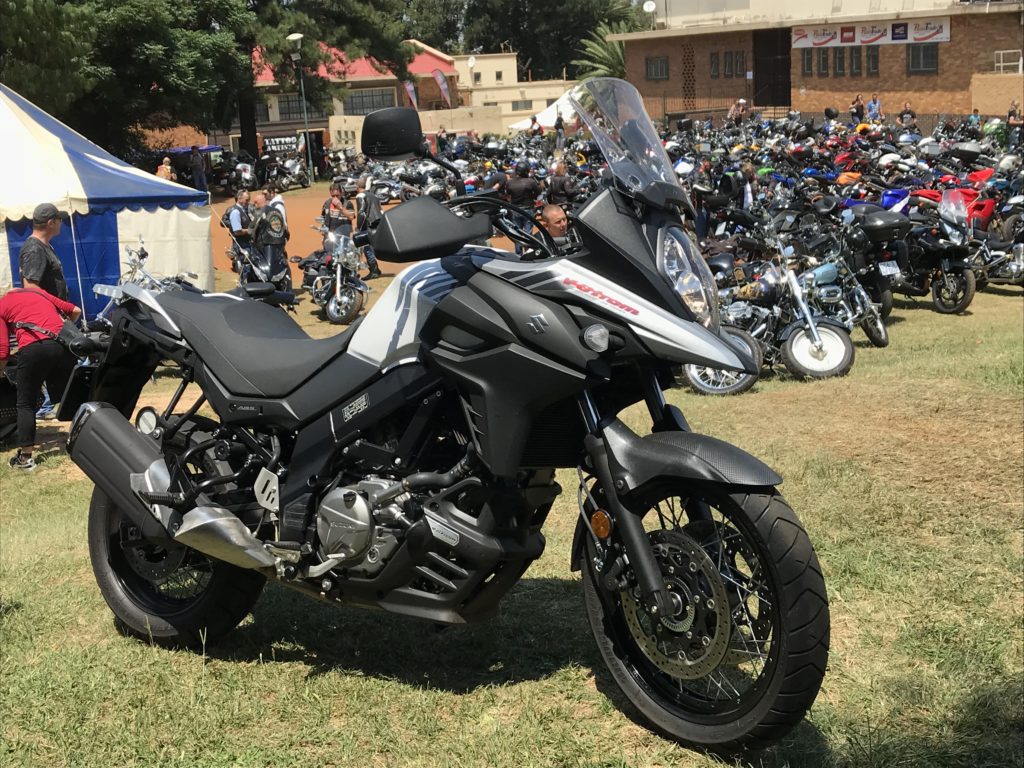 Suzuki were good enough to let us use their DL650XT V-Strom, a bike that must be happy about the introduction of the 250 V-Strom because now people can finally stop calling it the “Baby Strom”.

The Stroms follow a different route to the likes of KTM, Ducati and even BMW in that they have discarded such things as the horsepower war and even extreme off-road, focusing instead on easygoingness, dependability and creating a riding experience that anyone can muster, especially this 650 that is shorter than many of the other options, with a wet weight of 216kg it is one of the lighter options and the fact that Suzuki do not make any horsepower claims means it doesn’t have that many horsepowers, a problem for the speed freaks but a saving grace for people looking for a fun, easy cruise.