Much like we have already seen on The Bike Show TV show, the website version will be doing a weekly road test of one of the models on the floor of Fire It Up, the famous motorcycle dealer in Fourways. With more than 100 models arriving and leaving their showroom every month, there are a lot of interesting bikes to look at, and this week we have found a true exotic. 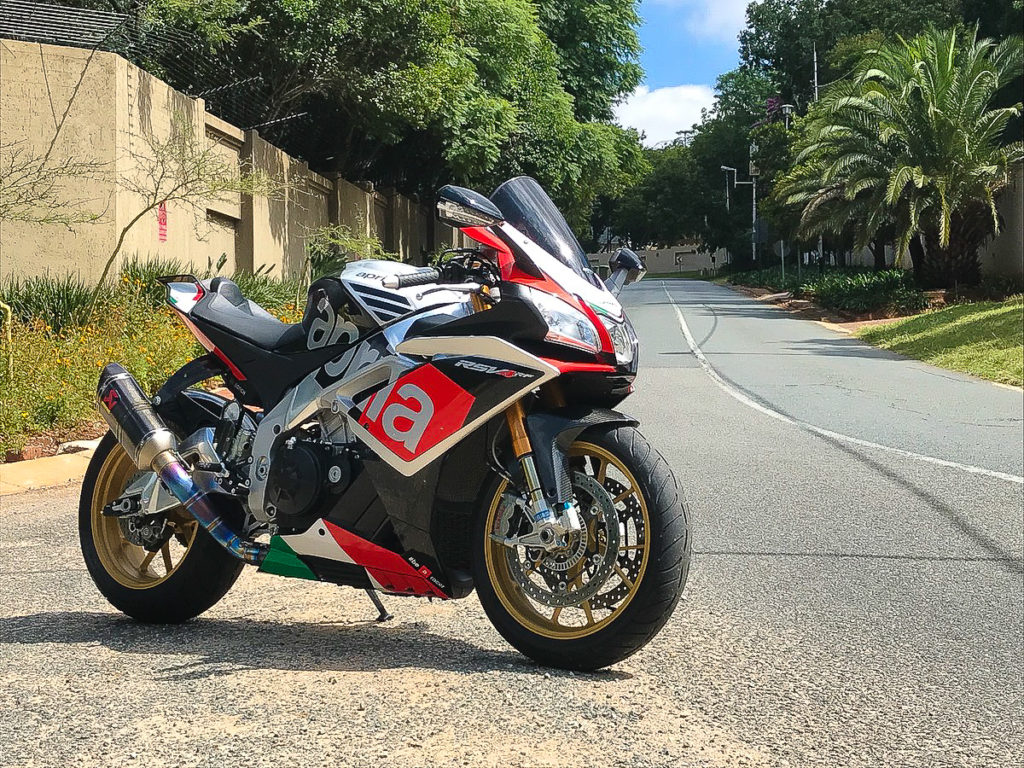 Every week we ride a bike from the Fire It Up showroom, and it is always a highlight. There are usually more than 100 bikes there, and the chances of finding something fun, interesting and worthwhile are high. Sometimes you see something quite rare, but this week it went to a new level entirely.

The 2015 part is the most interesting because that was the year Aprilia introduced the RF as a limited run, exotic, racer for the road. In 2016, they released a new RF but without quite as much hype. It was no longer a limited edition run, and while it boasts more performance than the 2015 model, it doesn’t possess the rarity value. 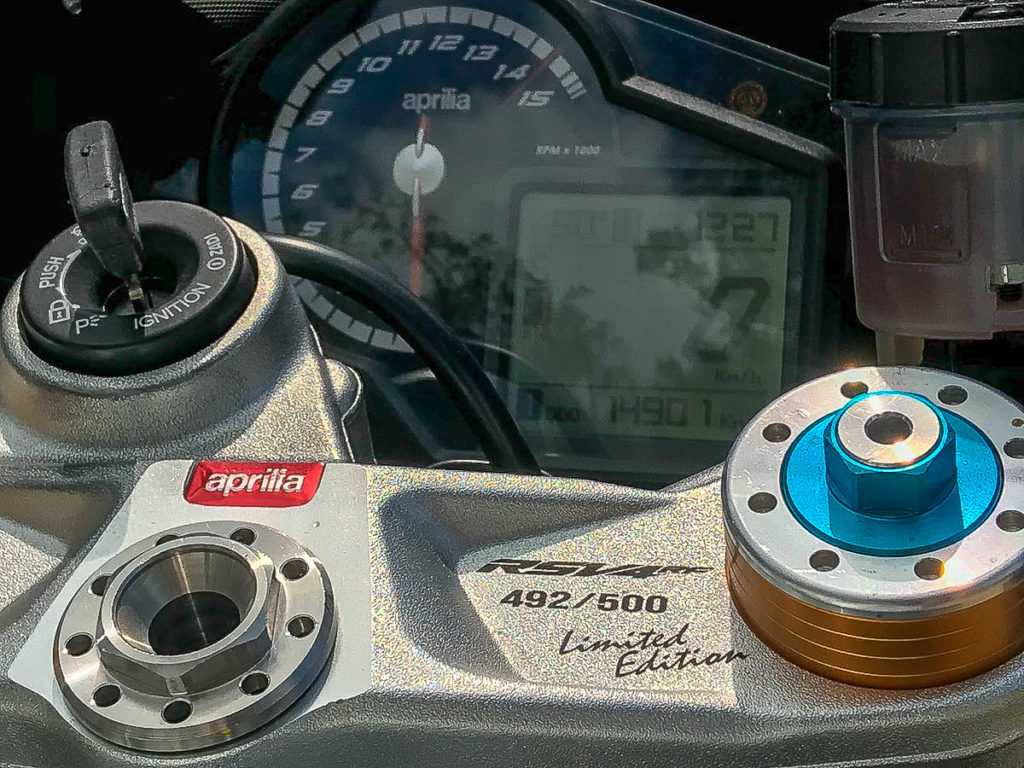 This is what makes the fact that there’s a 2015 RSV4 RF on the Fire It Up floor more interesting.

It has 15,000 km on the clock, and that is a good thing because it means it probably wasn’t a track only bike. It was mostly owned by a gentleman in Mpumalanga who used it for blasting around those enticing roads, and that sort of riding isn’t harsh on the motorcycle. And it shows.

The 60º V-four motor was upgraded for 2015 to push out 201hp and 117Nm of torque; all beautifully transferred to the RSV4 soundtrack turned up to 11 by a set of Akrapovic exhausts. The RF is littered with carbon-fibre goodies and celebrated with this unique Pole Position paint job that makes it stand out.

The suspension is all Öhlins, the brakes are all Brembo, and the wheels are lightweight. The motor was also lowered in 2015 to offer a better centre of gravity, and you can feel it. When you ride the RSV4 RF, your muscle memory needs to adjust slightly. At the moment, it knows roughly how much pressure you need to lift a bike off its side stand, and how much to put through the bars to make it lean into a corner. On this bike, you need to recalibrate. Otherwise, you will push it over from the side stand, and you will undoubtedly hit the inside of a corner. 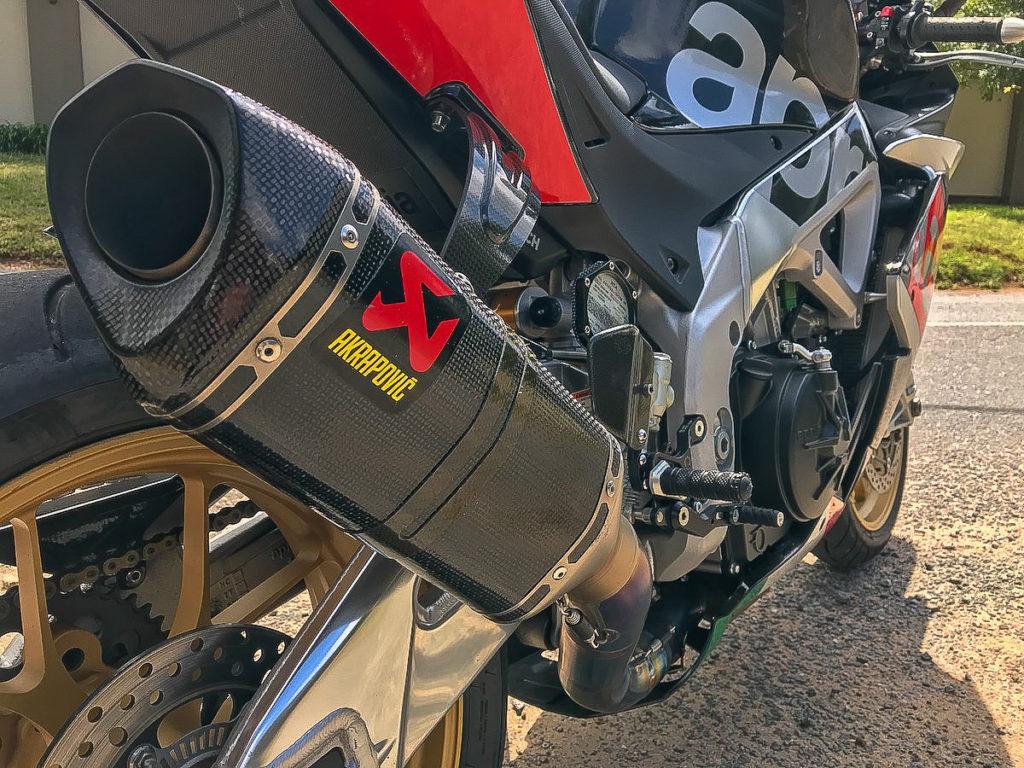 As far as trim goes, this bike had not yet gone to Fire It Up’s famous detailing department, and we are sure it’s going to be the most striking motorcycle on the floor once it has, but this RSV4 RF looks well looked after, as you would expect a bike of this calibre to be. The motor still feels as it did when new, the brakes are still pin sharp and the handling is still excellent.

2015 Aprilia RSV4 RF from Fire It Up gallery – click to enlarge: