Much like we have already seen on The Bike Show TV show, the website version will be doing a weekly road test of one of the models on the floor of Fire It Up, the famous motorcycle dealer in Fourways. With more than 100 models arriving and leaving their showroom every month, there are a lot of interesting bikes to look at, and this week we found something small and practical with a dollop of dynamite. 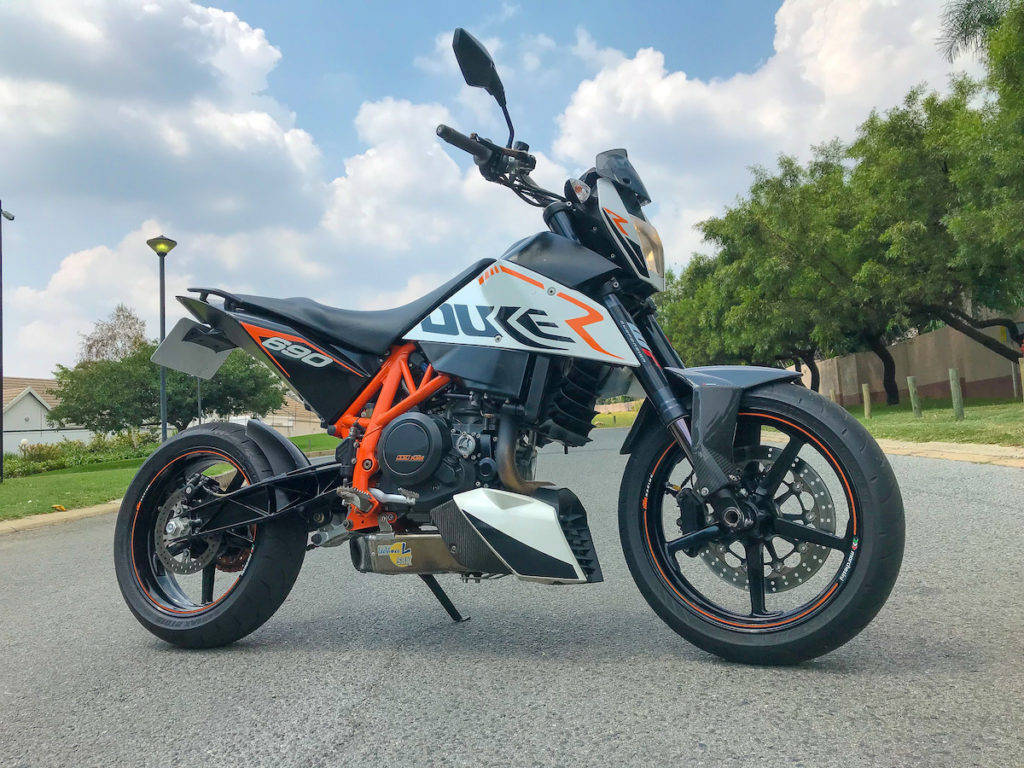 KTM is Europe’s largest motorcycle maker outdoing the likes of BMW and their ubiquitous GS. The reason for this simple – transport for the masses. In 1997, KTM was an off-road company, winning our own Roof of Africa with Alfie Cox and their sublime range of two-stroke enduro machines. In 1998, the 690 arrived, armed with headlights, a number plate, flickers but the same badass attitude that won them their string of off-road titles.

In 2012, they introduced their latest iteration, the 690 that barged its way into the record books as the most powerful commercially available single-cylindered motorcycle in the world.

And here it is, sitting on the Fire It Up floor like a naughty school kid ready to set off a stink bomb during mom’s book club. Its looks are far from subtle, like a monster from Honey I Blew Up The Kids. It has the appearance of pure mischief, which is fitting.

Transport for the masses, that’s what the Duke series did for KTM, making them Europe’s number one, and this is what the 690 Duke R is – practical, economical and simple.

It has all the hallmark features of a boring crap-box. 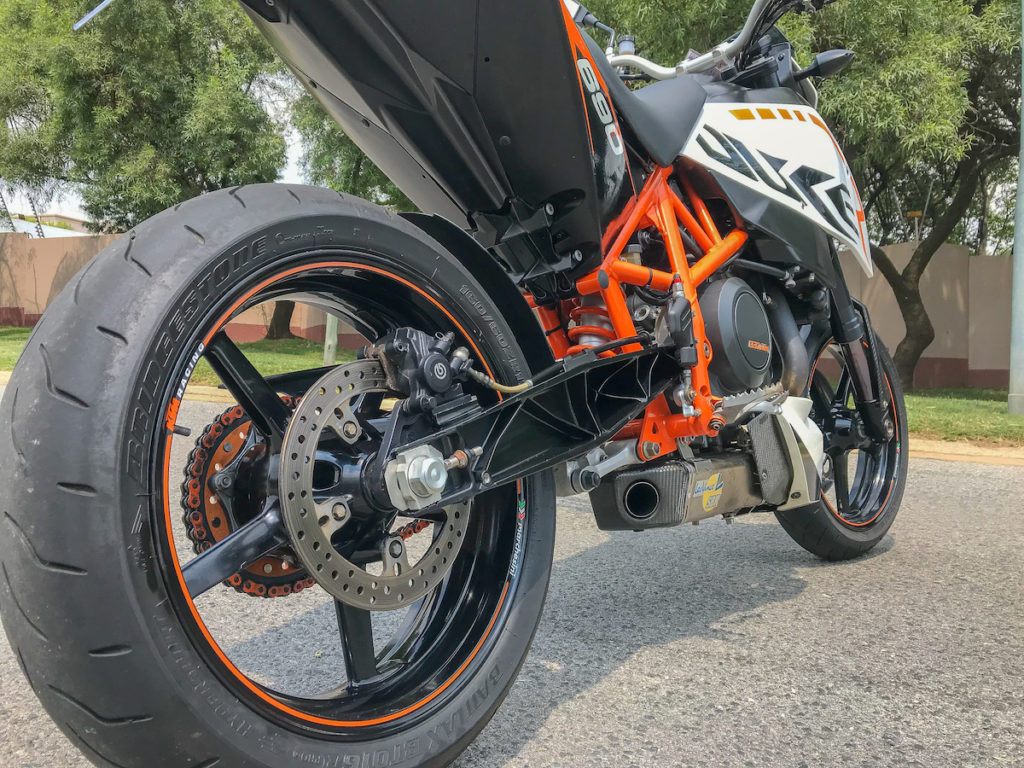 But this is not coded into their DNA who, we imagine, smirk mirthlessly as they plot each creation. The motor pushes 69hp but does it using just one cylinder, and this cylinder is ruthless, cracking its whip vigorously to extract the most money’s worth from those 69 horses.

There is a mild pause at the bottom end of the rev range, which is forgivable because big singles such as this usually snatch massively, and we can only imagine that KTM chose a dip in lunacy over soul-destroying clanking.

Once this descent into the mundane has waned, it presumes with the KTM insanity, dipping the rear suspension and bouncing the front in unleashed joy. This is one of those motorcycles that loves revving and makes you want to give it exactly that. It’s addictive.

Beyond the motor, it has an inherent off-road theme, both in its seating position and style, despite being solely a road bike. It tips into corners at a heartbeat and has little issues with bumps or the odd pavement.

What’s more alarming than the looks or motor are the brakes. This bike stops. And by stops, we don’t mean it comes to a halt. Pull the brakes at whatever speed, and it will instantly be stationary, even while your internal organs continue their journey. It’s possible that this is the first motorcycle we’ve ever ridden that we are going to say could’ve done with a touch less brakes.

If anyone has seen a kidney on William Nicole, kindly get hold of us.

This is a 2012 KTM 690 Duke R with 28,000 km on the clock with a Leo Vinci exhausts to give it even more character. There are some mild blemishes, but no signs of obvious abuse, which is rare on a hooligan machine like this one. That makes it a collector’s item, going to a delightfully reasonable R59,888. 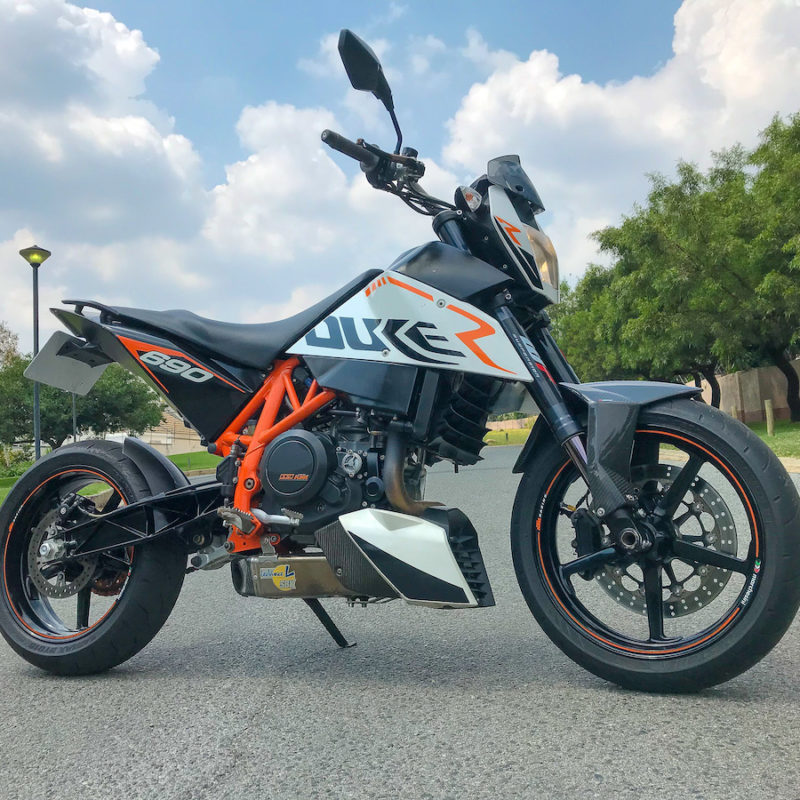 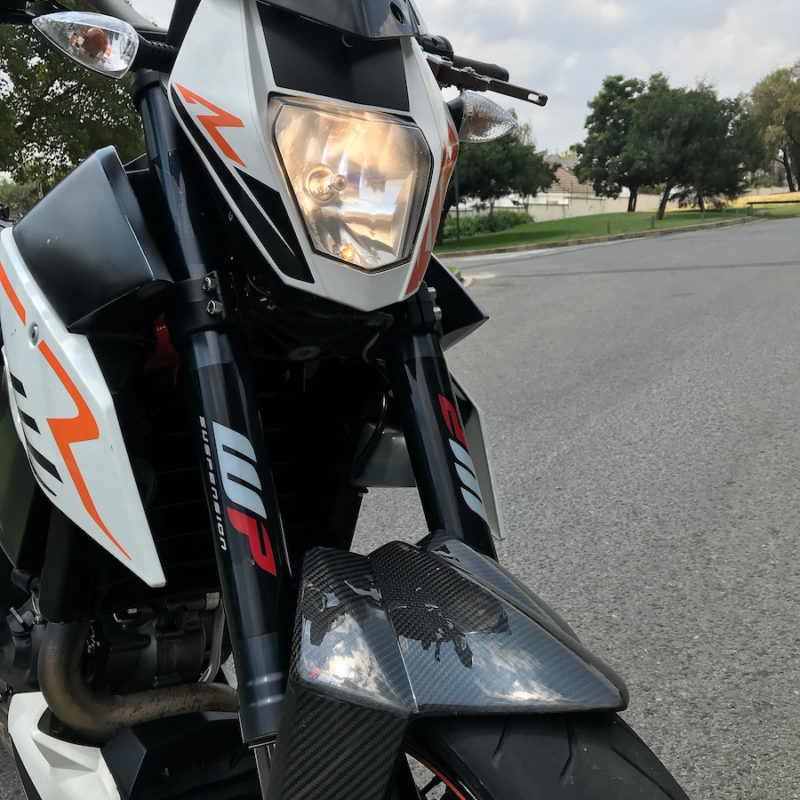 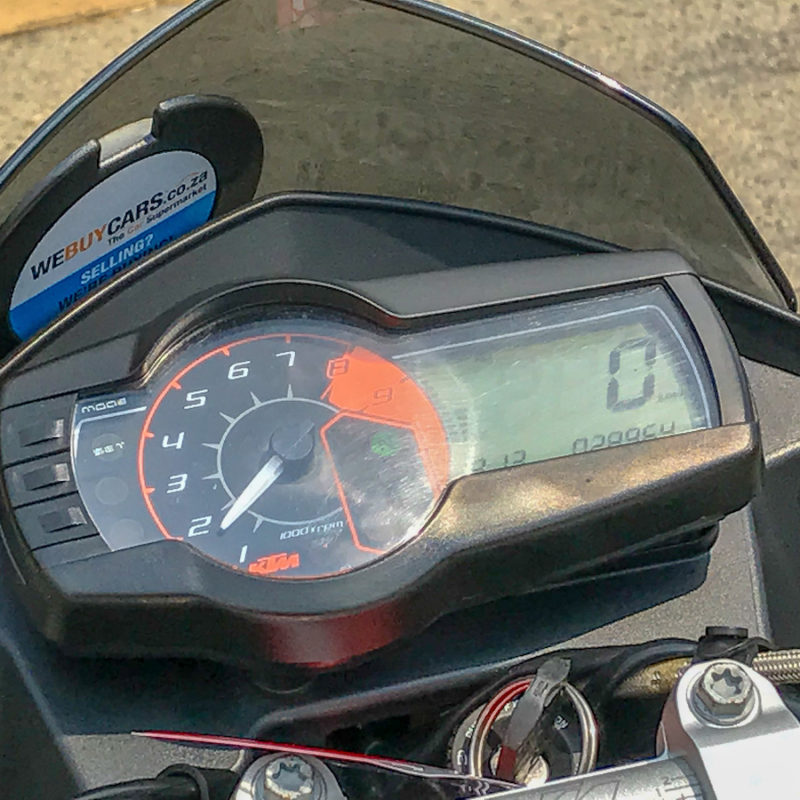 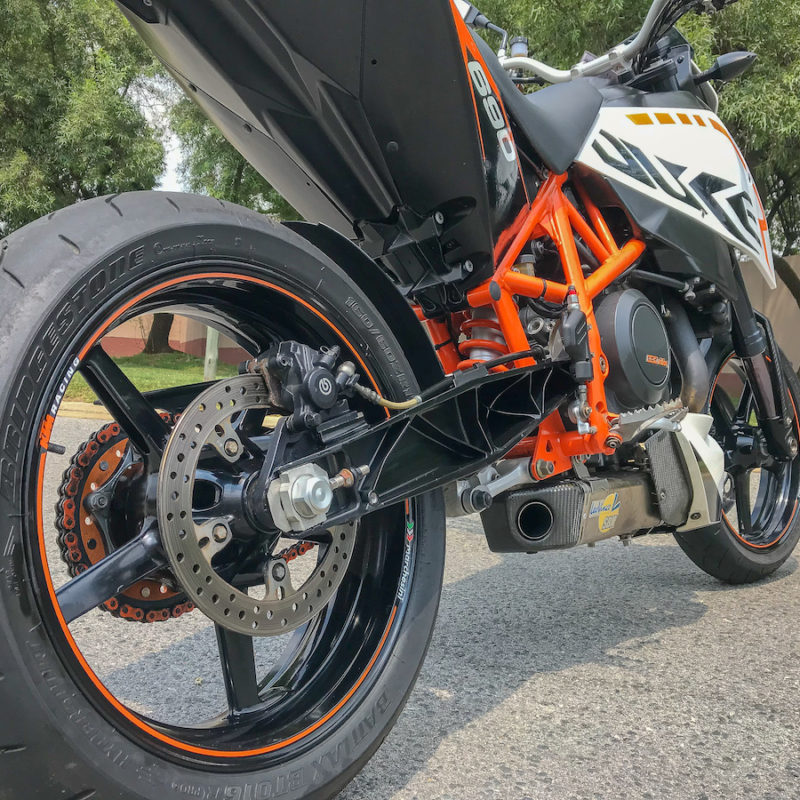