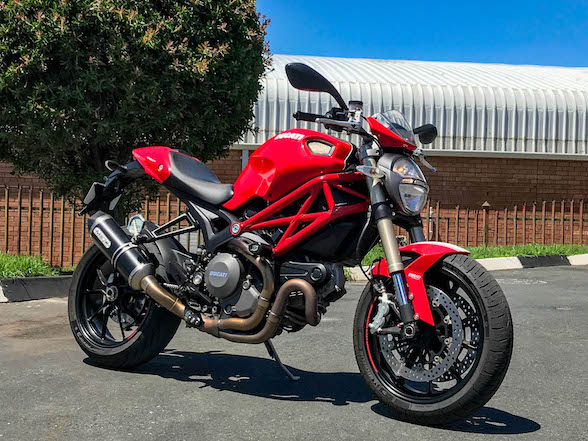 Much like we have already seen on The Bike Show TV show, the website version will be doing a weekly road test of one of the models on the floor of Fire It Up, the famous motorcycle dealer in Fourways. With more than 100 models arriving and leaving their floor every month, there are a lot of interesting bikes to look at and this week we found this Ducati Monster 1100 Evo. 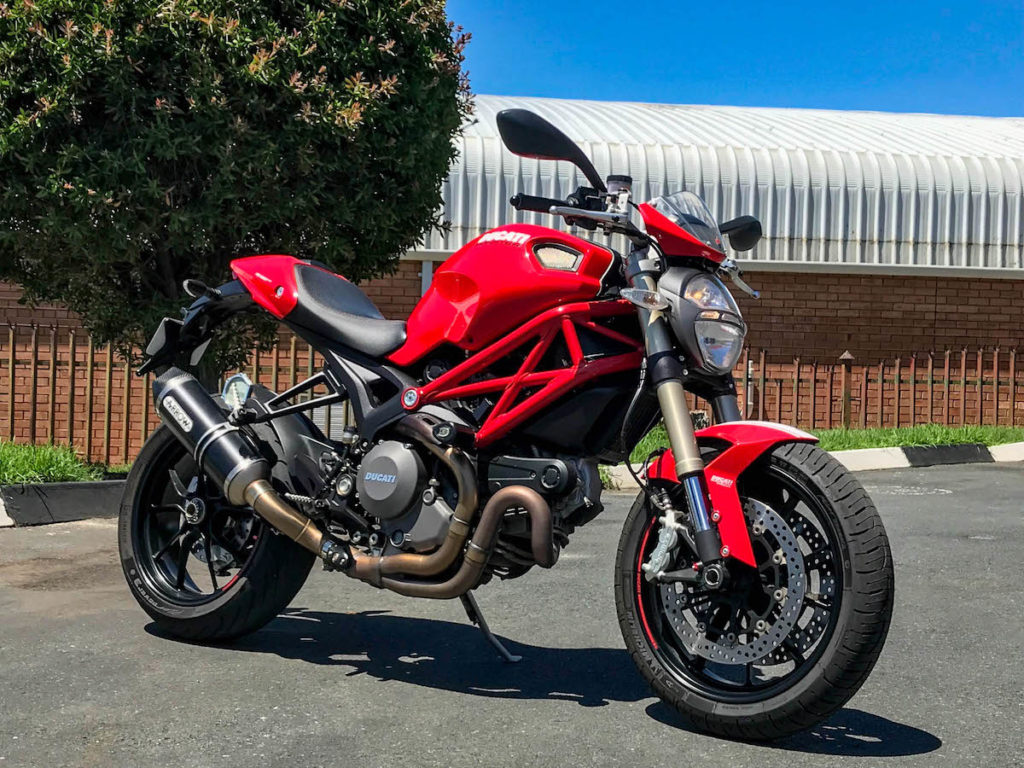 This is one of the last Ducati sport models to feature this motor, their 1078cc, air-cooled, two-valve, 90º V-twin. It pushes 100hp and 103Nm of torque, which is not great in a modern naked bike world of 177hp KTM Super Dukes. It has ABS and traction control, but they are the earlier generation where instead of seamless thwarting of the power, the traction control offers an intrusive DAA-DADADA-DAA.

That’s all the negatives out of the way; from here we get into just how brilliant this motorcycle is. This exact model is from 2012 and has just 15,000km on the clock, which is nothing for the air-cooled mill. More so, this is one of our favourite motors ever built. It doesn’t have the power of its modern day counterparts, and even in its day it was outdone by many of its contemporaries, but none of this matters because it is an absolute giggle to ride. 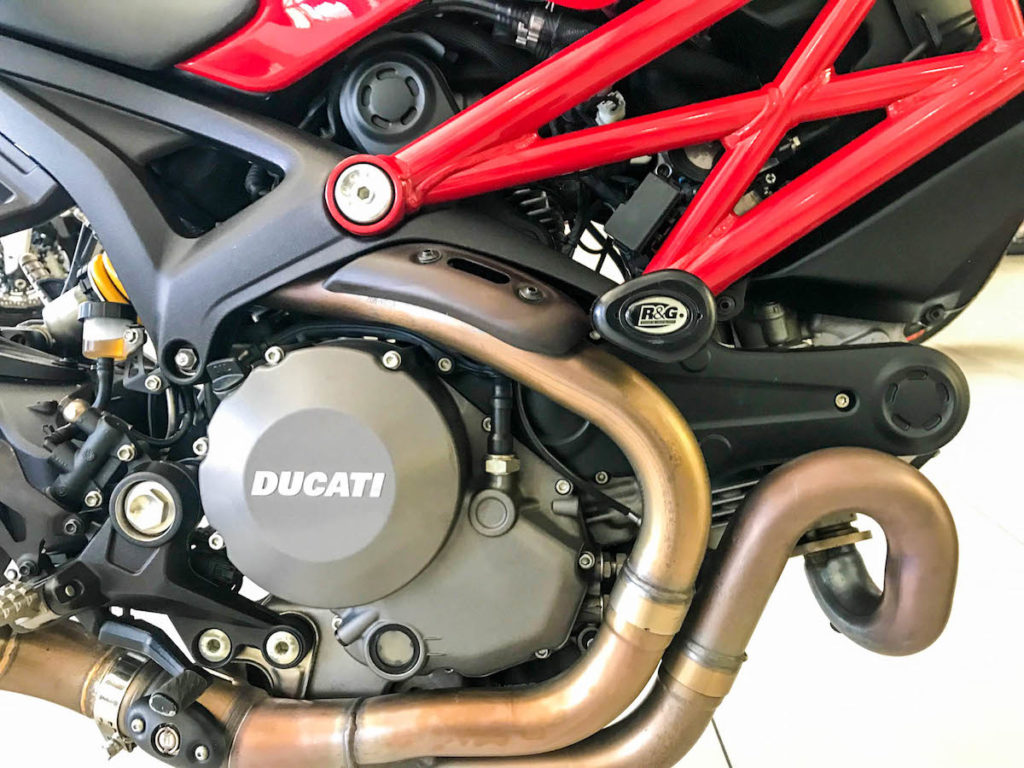 This is the last of the gritty, old-school Ducati that grunts and growls, coming alive like an angry grizzly bear. The measurable speed of this motorcycle is not excessive, with a manageable acceleration and a top speed somewhere around 230km/h, but the point is that it makes a giant fuss of of it, throwing in thunder and wild animals as it goes, making the experience a theatrical performance rather than a chore.

More so, this Evo model has the traditional front Showa forks replaced by uprated Marzocchi units, and the exhaust has had an Arrow slip-on fitted making the whole theatre experience even more explosive. The wet weight is just 188kg, the seat height is a not too high 810mm and it remains one of the best looking naked bikes ever built. And it’s on sale at Fire It Up for a daringly reasonable R100,000. 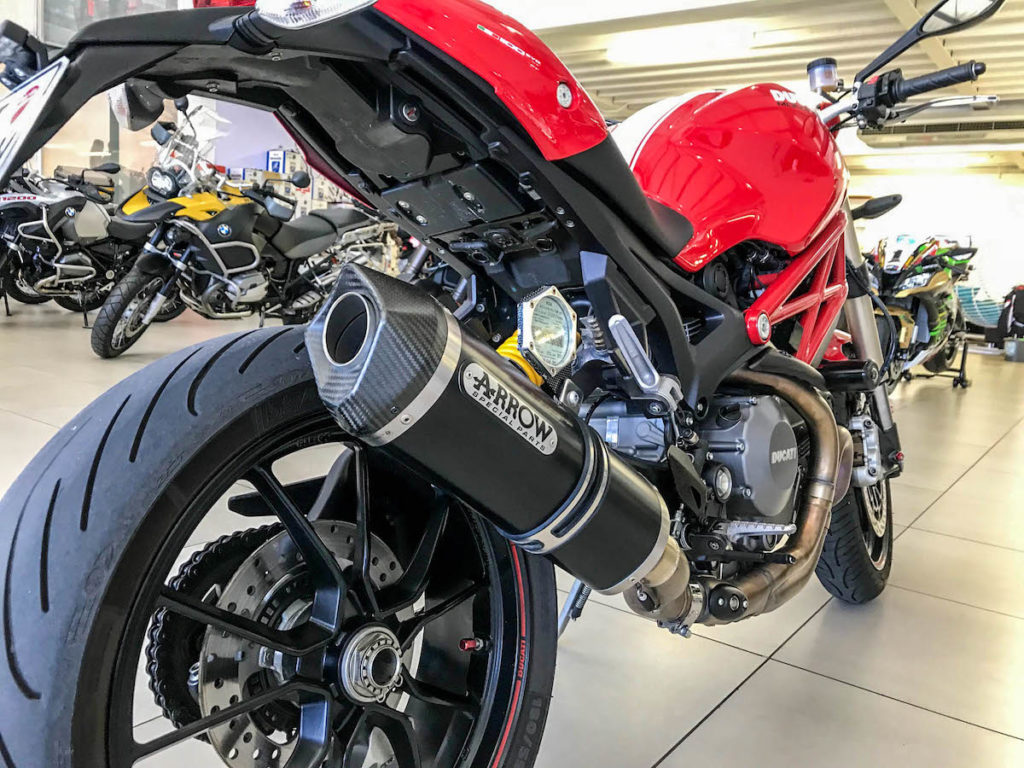 This 2012 Ducati Monster 1100 Evo is available with Fire It Up’s Integrity Policy which is their promise to look after their customers once they have made their purchase. More so, there will be exciting news coming soon regarding new service plans.

See a gallery of detail shots of the Ducati Monster 1100 Evo at the bottom of this page.

Ducati Monster 1100 Evo from Fire It Up gallery: