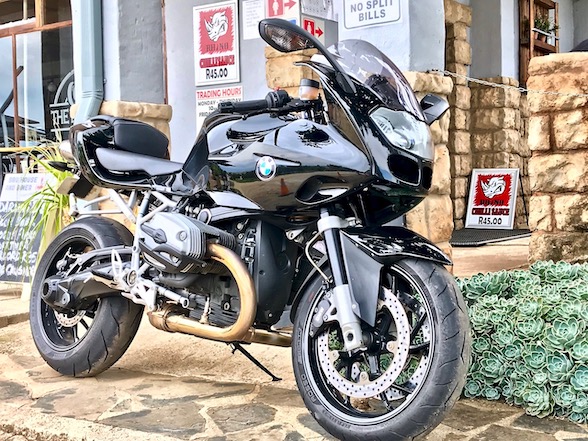 Much like we have already seen on The Bike Show TV show, the website version will be doing a weekly road test of one of the models on the floor of Fire It Up, the famous motorcycle dealer in Fourways. With more than 100 models arriving and leaving their floor every month, there are a lot of interesting bikes to look at and this week we found a a bike with a strange racing heritage. 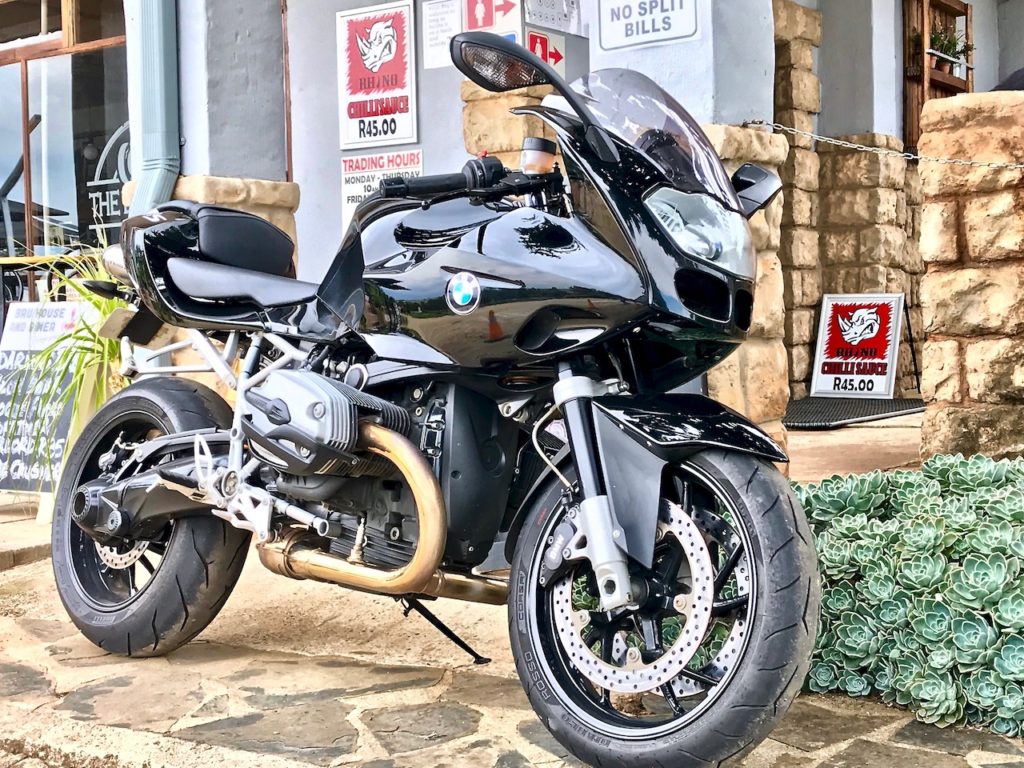 This bike, BMW’s R1200S sports-tourer, holds a place in my, and many of my peers’, heart based on one simple thing – racing. Yeah, it has the word “-tourer” within its genre but this bike has a stalwart history of intense racing. Actually, that’s not completely true. Before the introduction of the R1200S there was the R1100S, the bike that started the most fondly-remembered racing series in existence – the Boxercup Series.

It was utterly ridiculous – the bikes weighed 230kg, made just 98hp and had suspension designed to cope with the bumps of modern day touring. The only adjustment that could be made and was allowed was the single pre-load knob behind the triple clamp. And, generally, you turned that all the way in, because ground clearance was essential; the way to corner a Boxercup was thusly – lean in, wait for the cylinder to hit the ground and then stop leaning. The power was good for a piddly 200 km/h on the really long straights, the weight meant it didn’t stop very quickly and they had a tendency to bounce at extreme lean angles.

It was the most fun you could have racing.

The point was that it was cheap and ridiculously easy – buy a bike, put on a set of tyres, wash the bike after six months and maybe give the tyres a kick at the end of the year. Also, the strict rules (we were penalised for removing a tiny, redundant fairing bracket) meant that all bikes were equal, so if you didn’t win it was your fault. It was oddball racing at its greatest, and the world lost something great when BMW discontinued it. 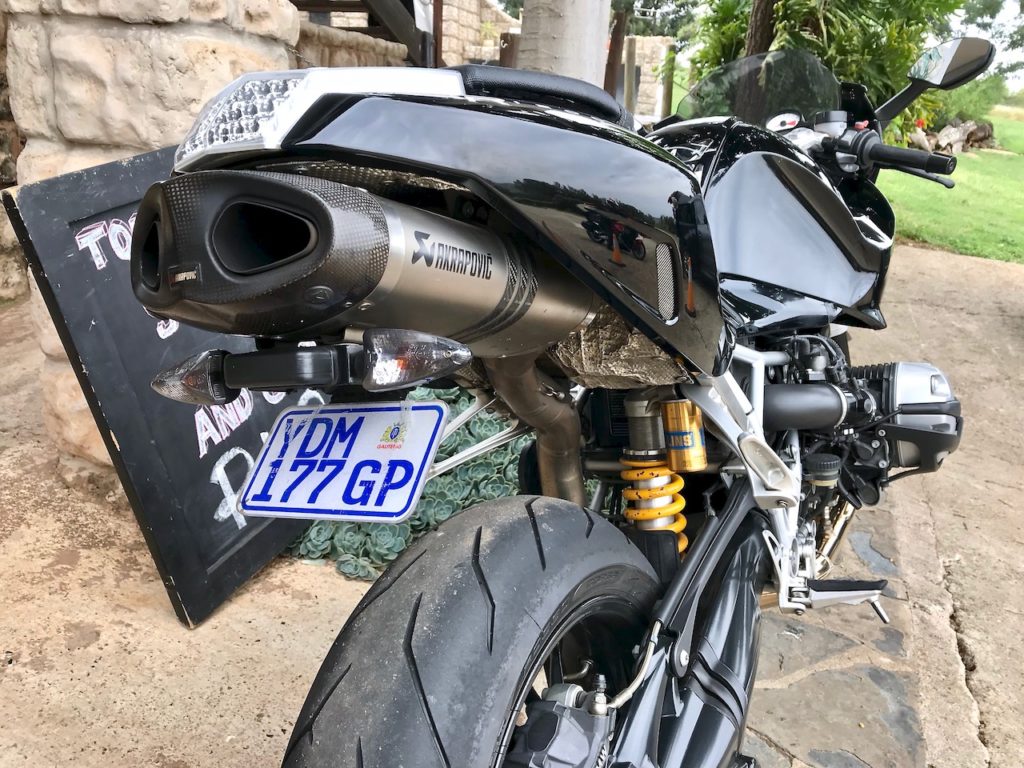 That was the R1100S, this is the R1200S. It has exactly the same spirit except is better in every way. The power is up to 110hp, but this is boxer-twin horsepower, meaning it makes 110hp throughout its rev range. The weight is also down 13kg and the styling has been subtly improved.

This specific bike is a 2009 model, has 41,000 on it and has most certainly has been looked after. You can see that it is ten years-old – the paint is a little faded and the switches have seen some usage, however it doesn’t feel ten years-old. Without viewing the telltale signs of age, this thing feels brand new. There are no rattles, no shakes, no funny sounds and the motor feels as strong as the day it was nailed together.

It has racing credentials, the best oddball race series of all time, but it still has the “-tourer” element. There are bikes that are more comfortable than this one, but none of these models are this rewarding through a set of twisties. And it’s far from uncomfortable – the seating position has sporting elements, but not nearly enough to cripple you after a day in the seat. I might ask that the rear shock be softened slightly, but this will ruin how rewarding this motorcycle is to ride.

BMW, can we have the Boxercup back please?