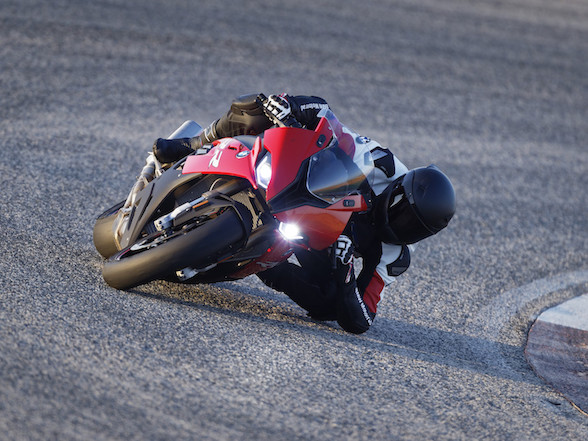 It’s been a decade since BMW first unveiled the almighty S1000RR, the bike that spearheaded the 200hp era. For 2019, they will release their third generation of the evergreen German superbike. Here are the interesting facts: 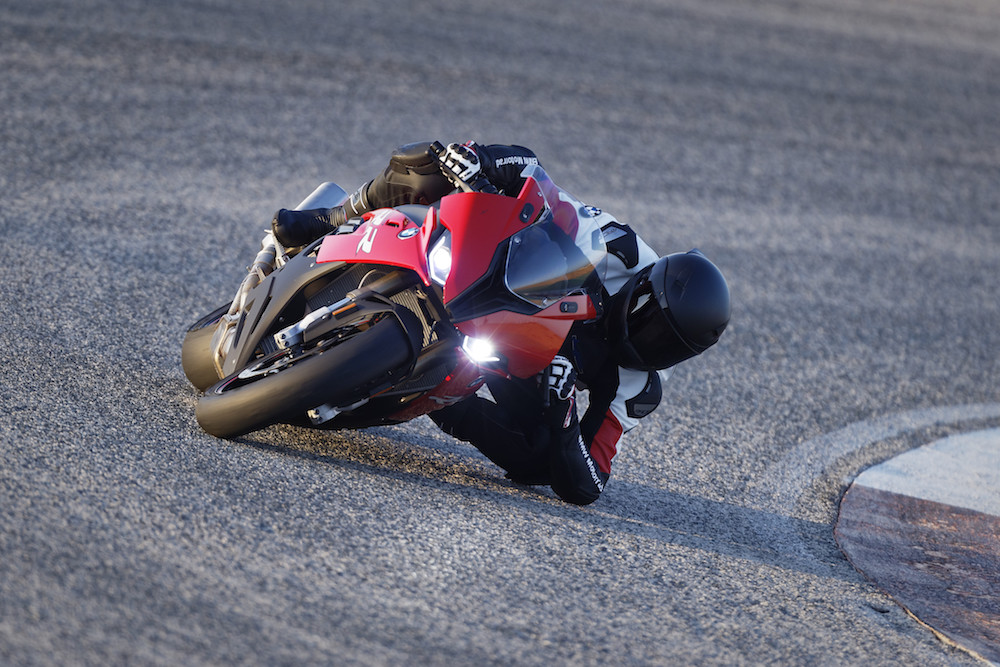 It’s one second faster
One second is a mere blip in the lives of mortal human beings, but in the world of the superbike racer, it represents a light year of track gains. Among the goals laid out by the BMW team for the S1000RR was that it should be one second a lap faster around the track than its predecessor, a goal they confidently claim to have achieved. Exactly which track and which rider remains in the realms of the metaphysical, but it’s still a testament of a massively improved motorcycle. 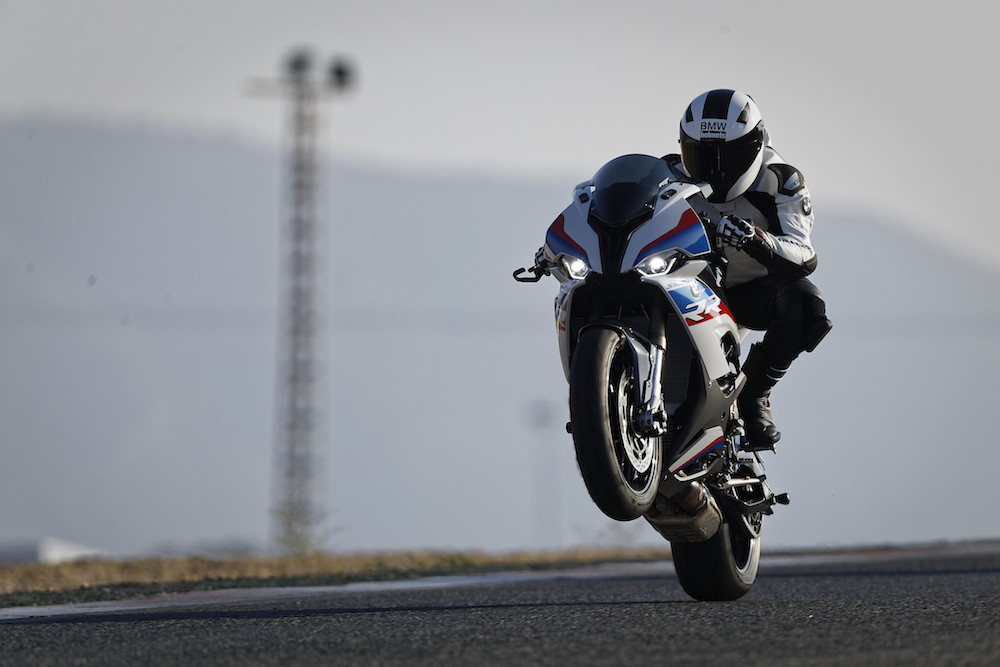 When 200hp is no longer enough
Ten years ago, 200hp or even close to 200hp was the domain of the biking gods. Many people considered beasts of this nature to be unrideable by mere mortals, and some even called for government intervention. As is the way with progress, today 200hp seems pretty hum-drum. With the likes of the Ducati Panigale V4 and the Aprilia RSV4 churning out well more than 210hp, the need to press on with the horse breeding is a pressing one. With that, the new BMW S1000RR hits the dyno at 207 hp, eight more than its predecessor. While this seems to be some steps behind the Italians, we need to keep in mind that these are German claims, and have a tendency to be somewhat modest. Our bet is that when the physical bike graces private dynos, the figures will be very similar to the Italians, possibly more. 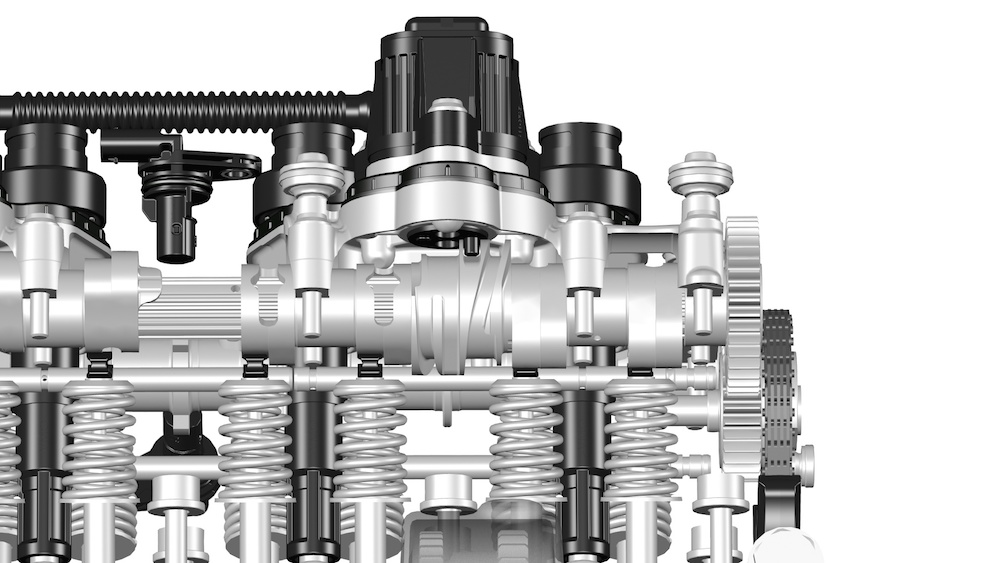 The first variable cam technology on a superbike
BMW debuted their ShiftCam Technology on their yet to be released R1250GS, and launch reports suggest that this system is a venerable one. In principle, it works in a similar fashion to the Honda V-Tec system, whereby different cams with different profiles are engaged at certain revs offering a better range of power acrosss all revs but, if the 1250 is anything to go by, this is a whole different kettle of fish. Firstly, the cam shift does not happen at a predetermined point in the revs, but rather the electronics work out the best point to shift cams based on varying conditions such as revs, gear, throttle, speed and conditions. Also, the shift is completely unnoticeable, and the only reaction is more useable power throughout. 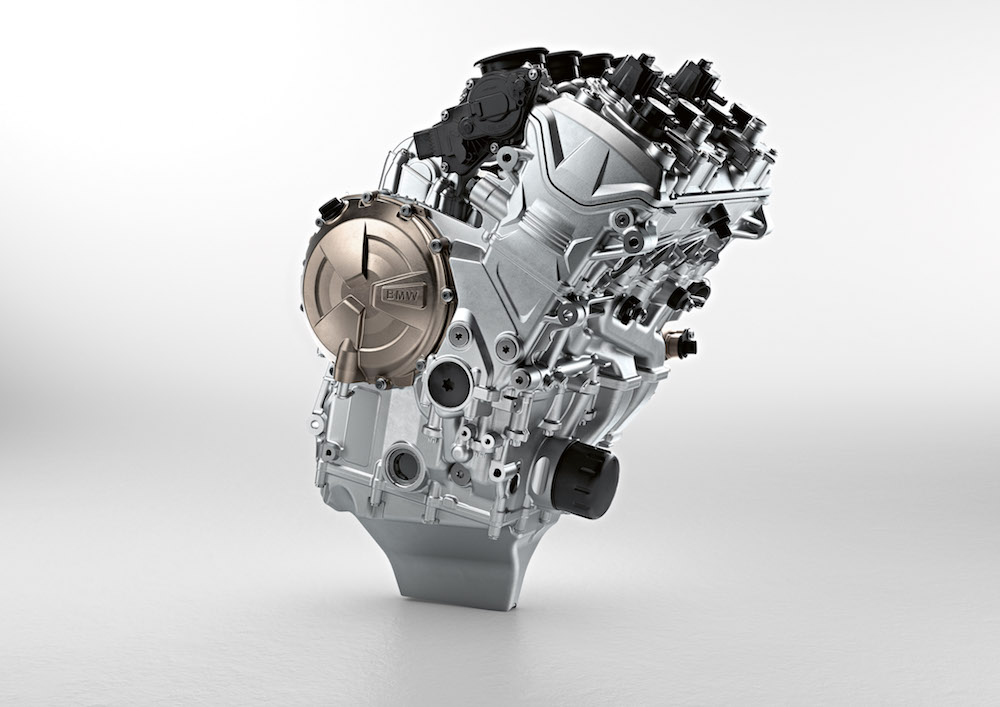 It is more than 11 kg lighter
Also on the list of goals was that the new model needs to be at least ten kilograms lighter. While the last model did receive a steady supply of lauding, its one major drawback was that it was a bit of a porker. BMW mitigated this by using the fashionable mass centralisation story, but while this philosophy has merits, the best way to make a bike feel light is to make it light. The official claim says that the new model is 11kg lighter than the previous one putting the kerb weight at 197 kg, but BMW have had to work yet harder than that. Added to this model is the shackles of Euro4 compliancy plus there is the extra weight of the ShiftCam. This means that the engineers have actually achieved a feat far greater than just 11kg. Much of that weight-loss comes from the engine that is now four kilograms lighter, despite the ShiftCam. Where they have focused on is removing weight from the moving parts, such as the crank and the flywheel, meaning the motor should spin quicker and rev faster. A further 1.3 kg was clipped off the exhaust meaning the rest comes from the chassis that has been reduced by piling more of the load-bearing onto the engine. 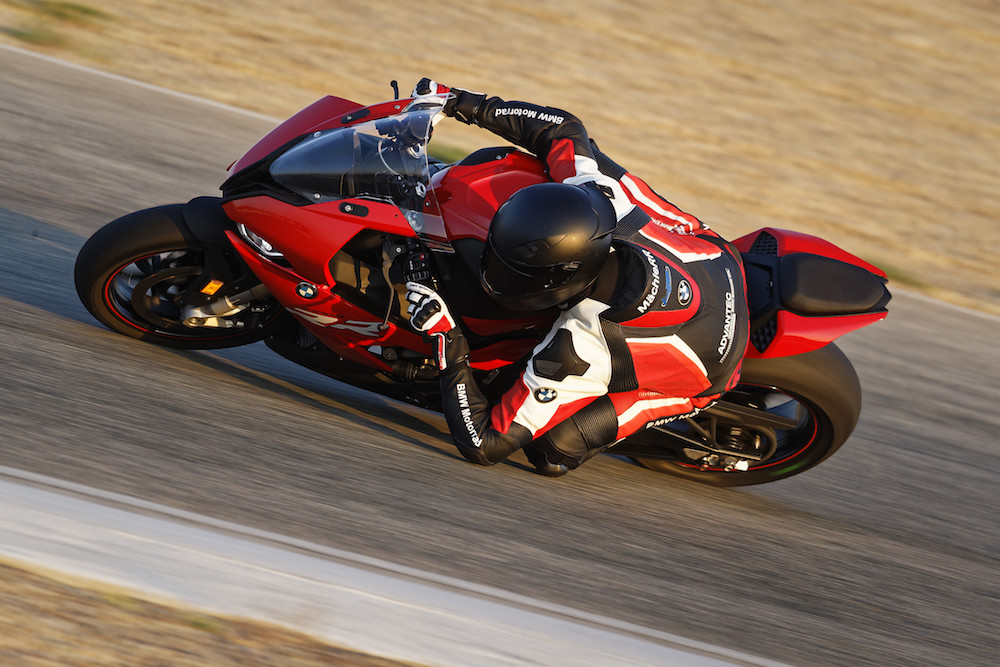 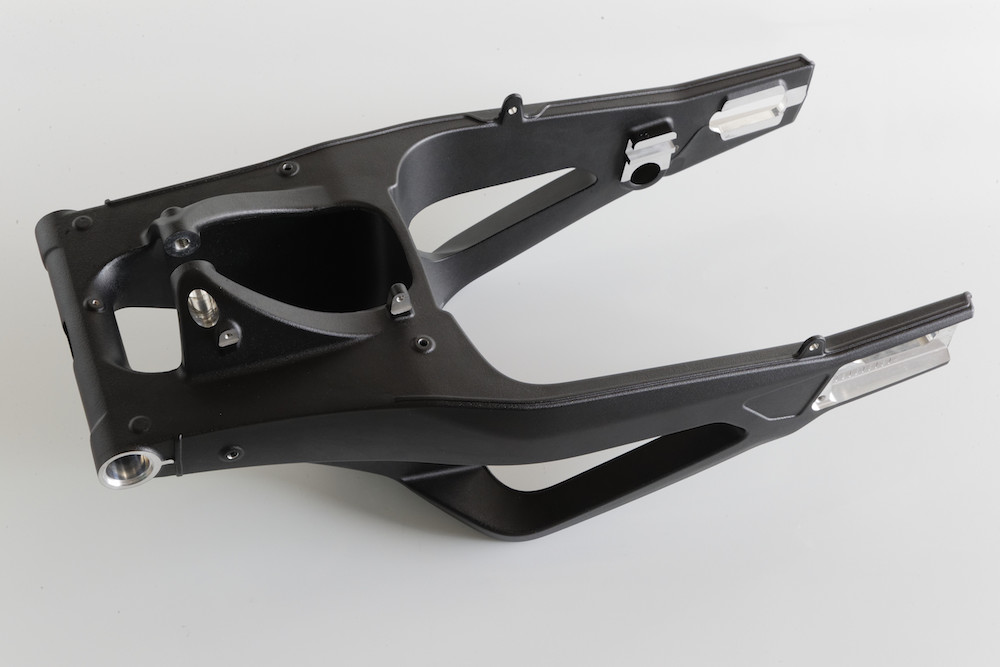 It’s not just a second over one lap
BMW have made some steps to ensure that the second a lap gains are maintained throughout the track session or race. The first step was moving the rear shock further away from the motor to keep it away from unnecessary extra heat. There is a new linkage system that means that the stroke of the shock can be reduced to 117mm from 120 mm plus the is a larger piston inside the shock all helping to reduce the heat build-up. The front forks, on the other hand, are reduced from 46mm to 45mm to further save weight. There is the option of BMW’s rather clever Dynamic Damping Control that can completely turn in the damping in just 10 ms, meaning it will constantly readjust the suspension not only on every bit of road, but every individual bump. 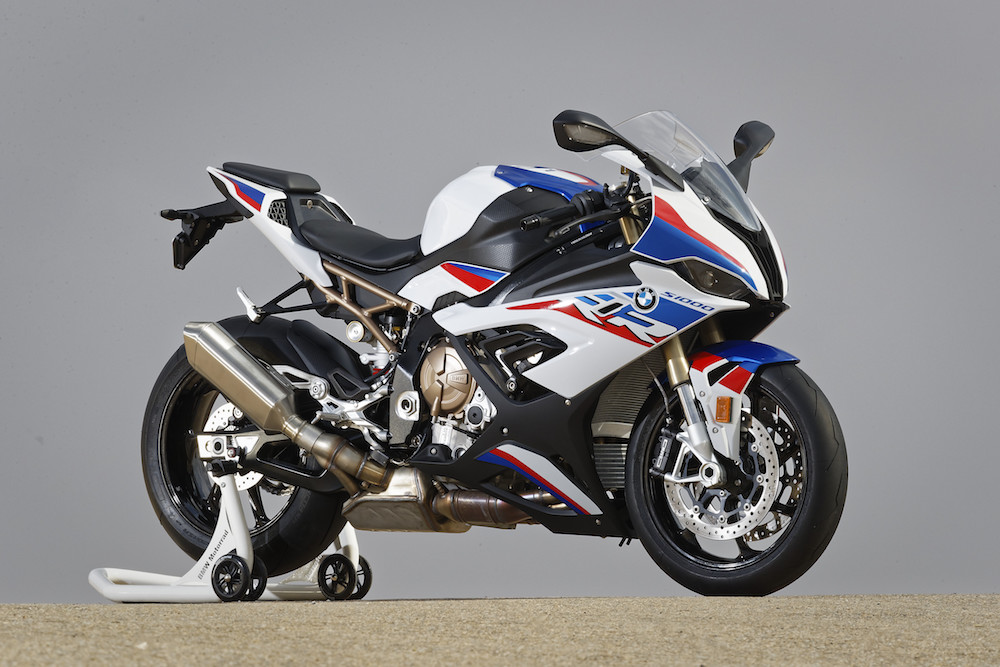 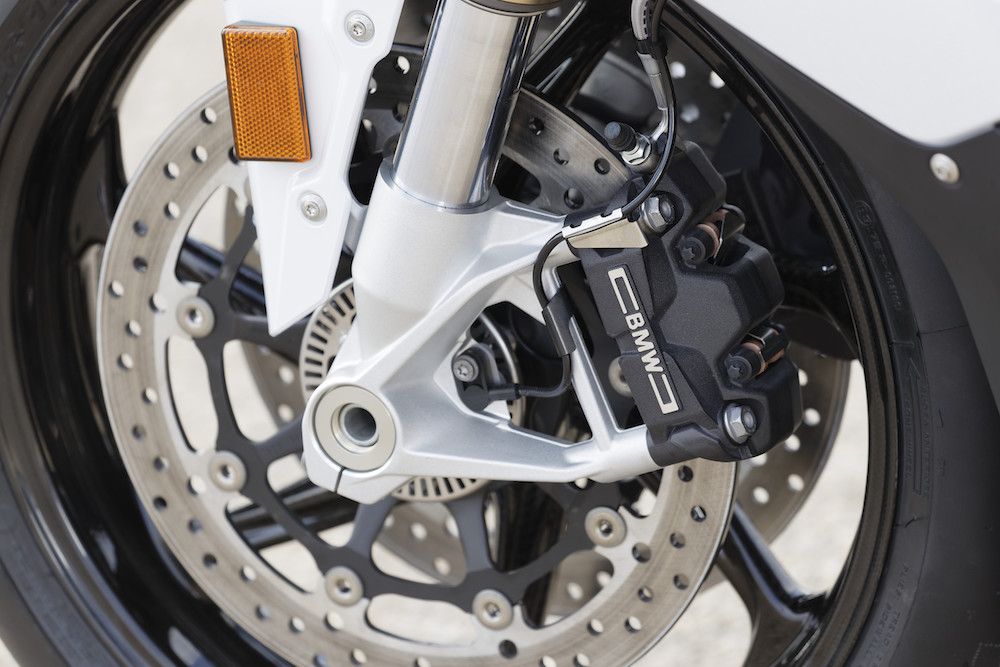 New ABS Pro works upright and in the corners
Much like KTM’s famous Cornering ABS, the S1000RR now comes equipped with their new ABS Pro that adjusts the level of ABS depending on lean angle. 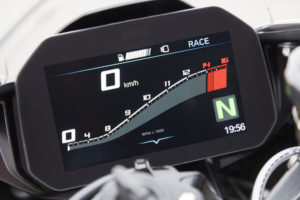 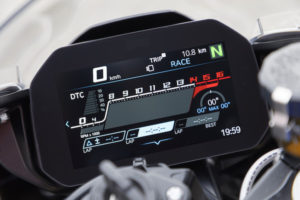 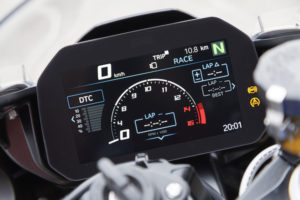 There are four different TFT dashes
As expected, the new S1000RR comes equipped with a TFT dash, and they seem to have taken a leaf out of Triumph’s book because the new dash comes with four different layout settings. One is designed for road use while three are tailored for the track, with more emphasis on the rev counter. 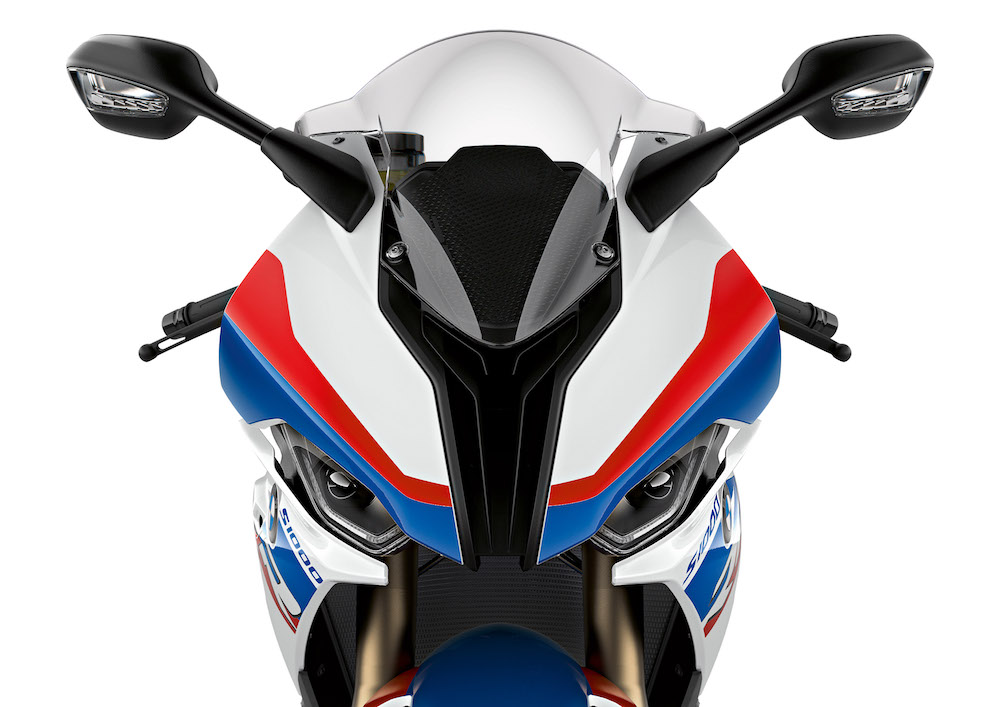 No more wonky eyes
The wonky headlights are gone, and replacing them is something that looks ridiculously good. BMW say that modern break throughs in the world of LED lighting mean that they can emit a decent low- and high-beam headlight using smaller, symmetrical lights instead of having one bigger than the other. The two headlights are no longer embedded in the nose of the fairing but sit under it in a fashion similar to that of the current Yamaha R1. The indicators are now integrated into the mirrors meaning easier removal for track days. 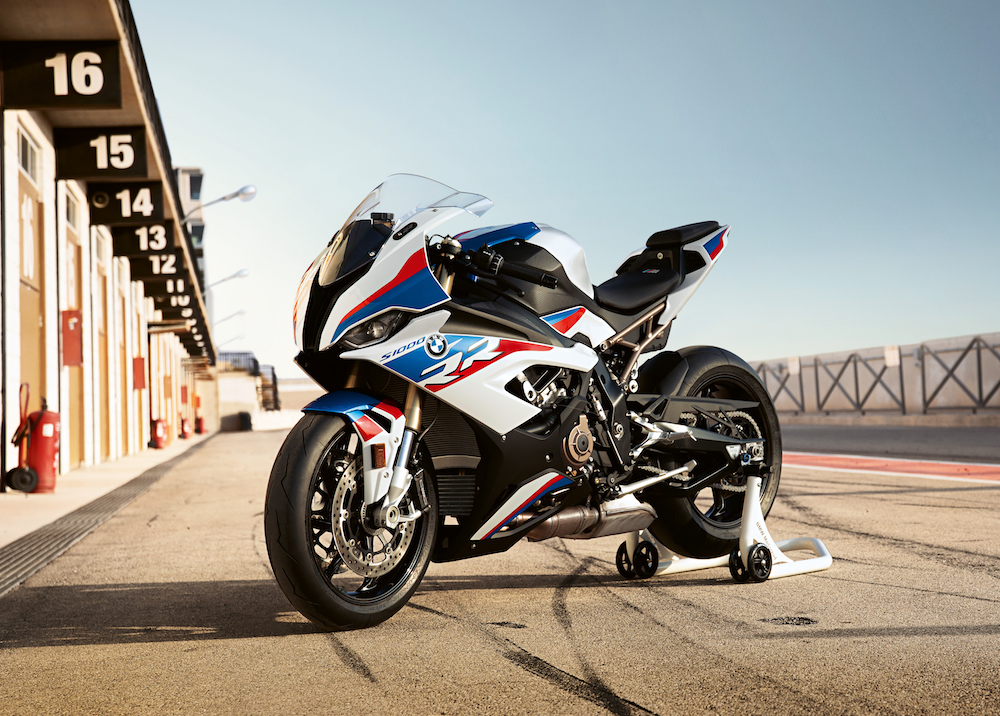 M Parts are coming to motorcycling
The BMW car branch is famous for their M cars, or add-on packages called M Parts. BMW Motorrad has always offered performance parts, but now they are officially labelled “M Performance Parts”. The list of parts is lengthy and mostly carbon-fibre. Unlike the car side, I doubt we will see fake M badges any time soon.