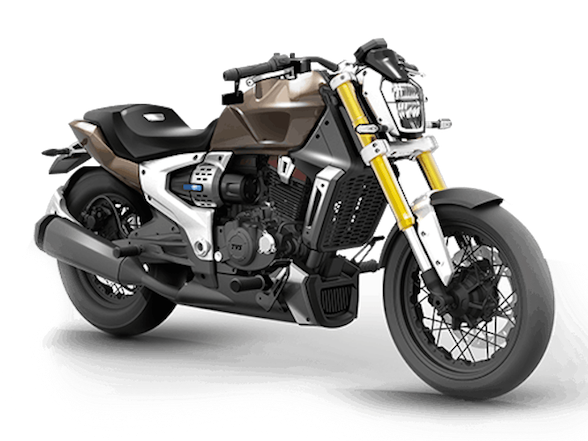 Electric bikes are coming and not from where you might think

Story: Mat Durrans
We have a strained relationship with electricity at The Bike Show, not a day goes by without proceedings being brought to a halt by malfunctioning equipment. Microphones, cameras, drones, we’ve come to realise that if it has electricity coursing through its wires, then there’s a good chance that it is going to give us problems.Only temporarily of course, because one moment it’s broken, and the next it seems to be working again, fixed by nothing more than a stern look and some harsh words from our cameraman.

Given our love/hate relationship with the stuff, you might be surprised to learn that I am looking forward to the inevitable arrival of electric bikes. I’ve sampled some early examples of the breed and they have ranged in quality and effectiveness from bloody awful to barely acceptable.

This is one area we motorcyclists lag far behind our car driving brethren, because they already have plenty of choice between genuinely viable alternatives. We don’t see it here much, but if you get the chance to travel overseas you will find electric vehicles are common in many big cities around the world.

Charging infrastructure has been put in place, incentives offered to abandon petrol and diesel, and tariffs imposed on those who want to drive ‘dirty’ vehicles within inner-city limits. Those policies are unlikely to be imposed here anytime soon, but there are still reasons to consider electric bikes.

But, after due consideration, the fact is you’re likely to opt for waiting given that the positives for electric bikes still don’t quite outweigh the negatives.

Performance from an electric motor can be, erm, electrifying. No waiting for a petrol engine to gain revs and develop power because an electric motor has its full power available from the first twist of the throttle. But the more powerful you make the electric motor the more heat it generates, and in some of the bikes I’ve tested that means a disappointingly short period of joy followed by an extended period of frustration as the bike engages limp mode and turns into the performance equivalent of a 1950’s scooter with a blown head gasket.

Environmental awareness may prompt you to ditch the fossil fuel guzzling bike in favour of a battery powered version, but your green credentials will be compromised by electricity that has been generated by a coal-fired power station. And then there’s the thorny issue of the batteries themselves which contain rare earth elements that are mined by children in third world countries, and then become almost impossible to dispose of in an environmentally friendly manner when they’re worn out.

And let’s not even get into range, because no matter what the manufacturers tend to claim on the subject, it’s worth dividing that number by at least two in order to get an accurate idea of how long you’ll be riding before knocking on doors asking if you can plug your bike in.

But technology is, as always, continuing apace and improved products are never far away. In the world of bikes the big electric news is coming from some unlikely quarters; who would have thought that a company as steeped in tradition as Harley-Davidson is committing vast resources to making an electric bike?

It is anticipated that the iconic American brand will release its first electric model in 2019, possibly getting a head start on its major rivals. But if you want to see what’s coming before that then you need to look East, to India. The motorcycle market is simply massive in this country of well over one billion people, with upwards of one million motorcycles being sold every month.

Consequently the motorcycle manufacturers themselves are also massive concerns, and they’re constantly looking forwards, intent on becoming world leaders in technology rather than just quantity.

Indian company EmFlux Motors has just revealed its debut model that is anticipated to go on sale in limited numbers in early 2019. The EmFlux One’s 9,7KWh battery is supposed to give a 200km range – at speed – and 150km of urban riding. A full recharge will take 3 hours, while an 80% top-up requires only 36 minutes.

The electric motor develops the equivalent of 53Kw, which is about the equivalent of a mid-sized petrol bike like Suzuki’s SV 650. Performance should be something similar, but it’s the claims about range and recharging, and the prospect of a reasonable price (R110 – R120 000) that are what set this new model apart from the rest.

TVS Motor Company is another huge Indian motorcycle manufacturer that has already branched out by partnering with BMW to produce the German company’s G 310 models. It seems set to move the game on even further with a hybrid cruiser concept that uses both petrol and electric power. The TVS Zeppelin has a 220cc single-cylinder petrol engine boosted by a 1200 Watt electric motor. A small beginning perhaps, but at least TVS is actively investigating the possibilities while all the other major manufacturers appear to be ignoring the potential of hybrid power.

60 years ago the British motorcycle industry dominated the world market, then the Japanese arrived with their superior models and within a few short years the world beating Brits had faded to nothing. At the current rate of development the Japanese, and Europeans for that matter, might be wise to look over their shoulders at the rising power of India.