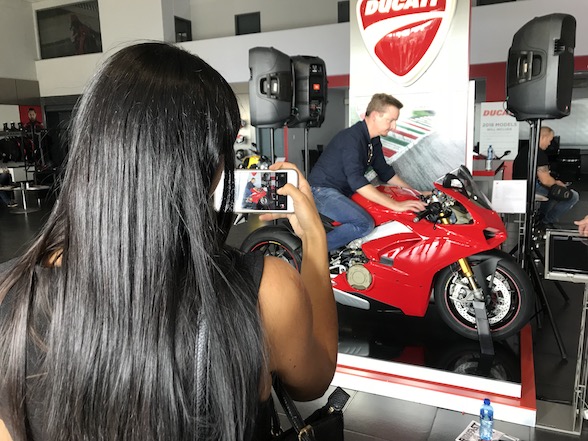 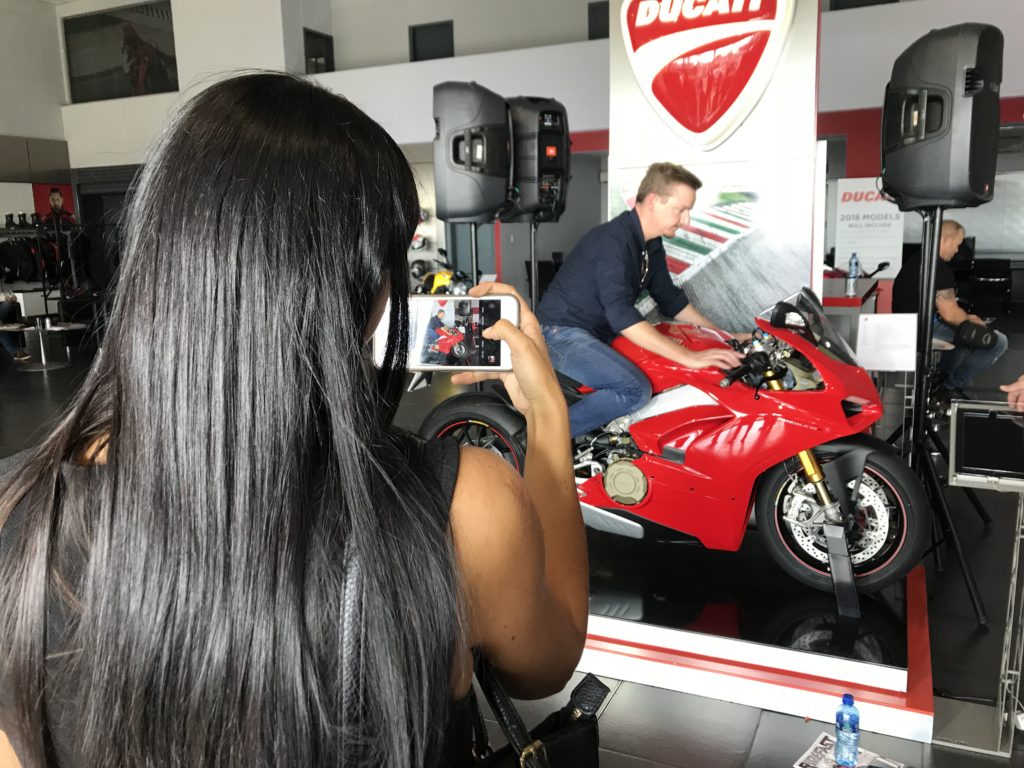 Last night, Friday 16 February, Ducati South Africa launched their Season Opening 2018 event at their Johannesburg store. The opening night was a lavish affair exclusively for Ducati owners, media and even some visitors from the Ducati factory in Bologna, Italy.

The event started at three in the afternoon, with the unveiling of the updated Monster 821, the new Multistrada 1260 and, of course, the long awaited Panigale V4. From then on there was much drinking, snacking, merriment and taking photos of people sitting on what will one day be their new dream bike.

There was another special guest in the form of Alicia Sornosa. This petite, bubbly and Spanish lady had ridden to the event the long way via Ethiopia on her Ducati Scrambler Urban Enduro. She was interviewed by The Bike Show’s Mat Durrans who managed to get some sense out of the chat after she (and everyone else, as usual) battled to understand what he was saying. 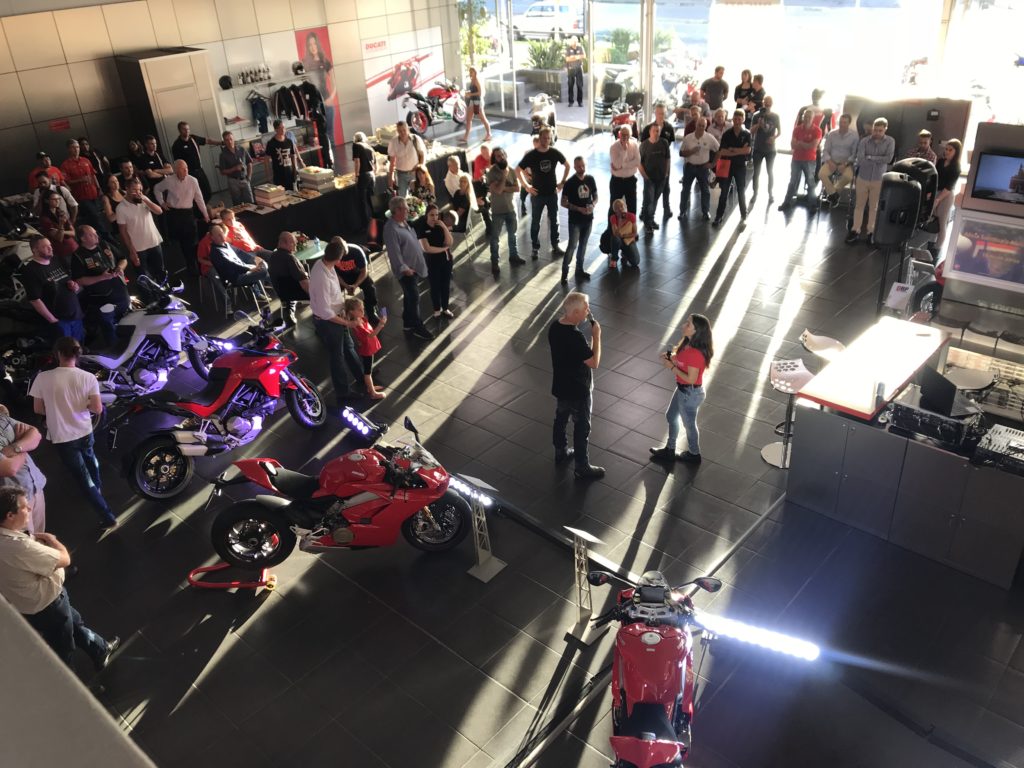 The Panigale V4, the Multistrada 1260 and the Monster 821 are all officially in the country, although you may need to wait some time to take ownership of a V4 as their shipments are selling out quickly. Ducati are keeping demos that will be available soon for public test rides. Donovan attended the launch of both the Panigale V4 (with his now infamous crash) and the Multistrada 1260, and was duly impressed by both, although spent the entirety of Ducati’s Season Opening event answering questions more about the V4 crash than the riding particulars of both bikes.

Anyone wanting to see these bikes in the flesh can do so this weekend, as all three will be on display in the two Ducati stores at the following times:
Saturday – 11h00 to 15h00
Sunday – 09h00 to 13h00