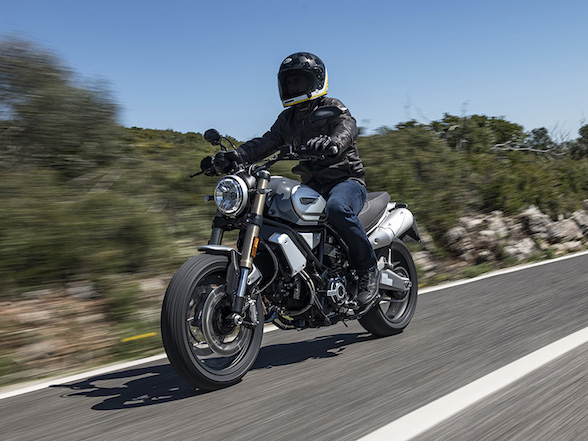 Ducati Scrambles: “Making you feel good is what the Scrambler 1100 excels at”

Story: Mat Durrans
There’s some solid rumours flying around South Africa that the Ducati distributorship may soon change hands. This is slightly curious since Toby Venter, the man responsible for transforming Porsche’s and then Ducati’s fortunes in South Africa appears to have helped the Italian manufacturer put the brand back on the map in S.A.

He has, however, also recently taken on Lamborghini and Bentley and being a car guy, perhaps feels it’s time to leave Ducati to someone else. Most likely to take over the reins, if the rumours are to be believed, is the VW-Audi group, with Ducatis to be sold through several of the top Audi dealers. 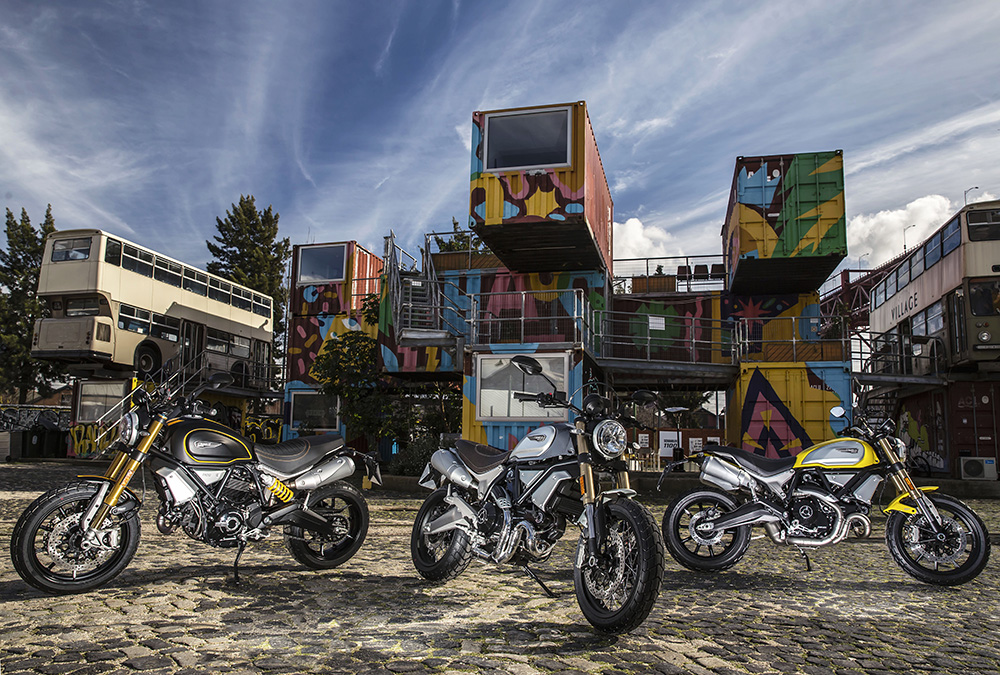 This isn’t as strange a move as it my seem, since Ducati itself is part of the worldwide VW group’s portfolio of brands, and reported growing profits with sales of 55,000 bikes last year.

Noises from Audi head office, which is the company that directly owns Ducati, suggest that the desire is to see other brands emerge from under the Ducati umbrella. Think KTM and its use of Husqvarna for road bikes and more expensive dirt bikes, or what Harley-Davidson tried to do with Buell, or what MV Agusta is about to do with the famous Cagiva marque and use it for a new range of electric and dirt bikes.

Ducati has already begun this journey to a certain extent with its range of Scramblers. These are retro-themed bikes that are marketed and sold with a separate identity, albeit within the same premises. 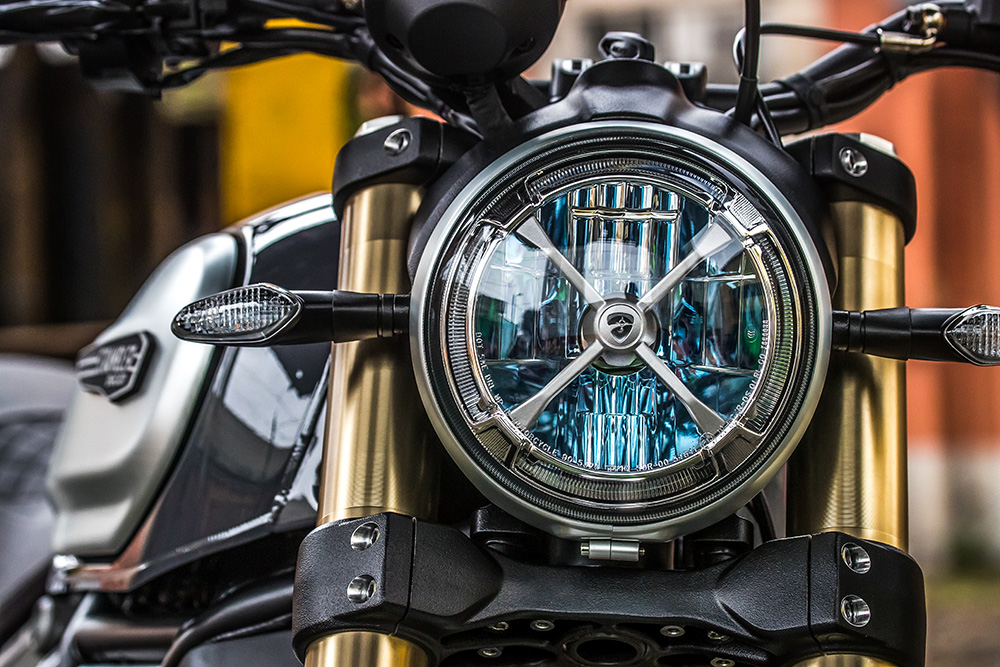 The Ducati Scrambler is a 803cc V-twin with dirt bike looks but designed as modern, retro-styled urban transport. It has been a great success for the company and I’ve spent the last week getting to know the latest addition to the brand.

Given the latest model’s hike in capacity to 1 079cc it would be reasonable to assume that it is more of the same but with a focus on more power, but that’s not the way the Scrambler ethos works. Yes, there is a bit more power – up to 63Kw from 54Kw – but more important than that is the extra dollop of grunt. 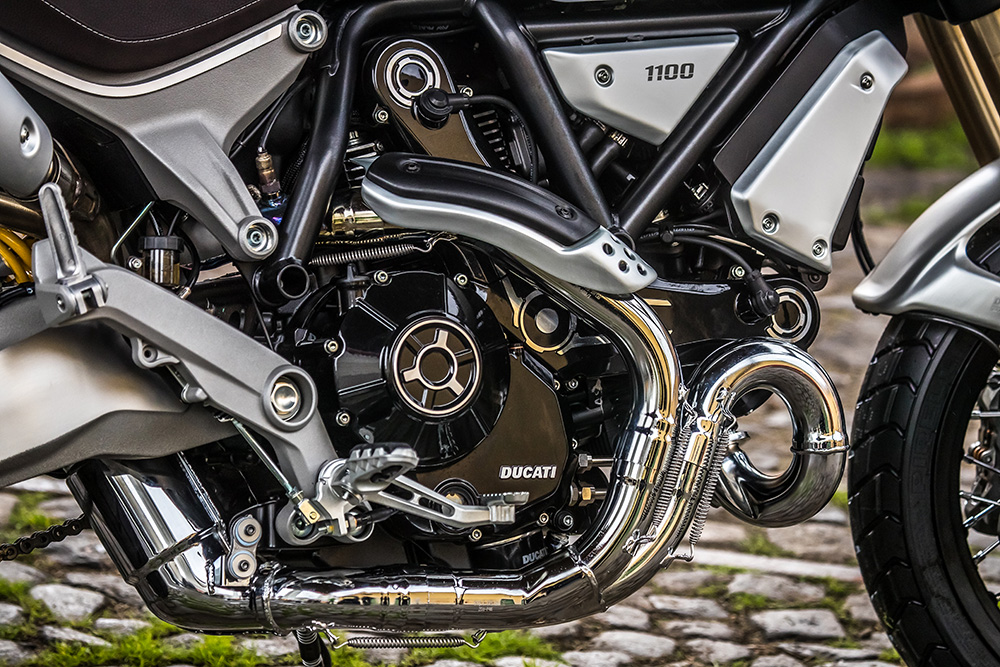 Given these bikes’ urban focus it’s the ease of use in terms of readily accessible bursts of acceleration, from anywhere in the rev range, that is what’s required. 88Nm fulfils that requirement, thanks to what is a venerable engine, with its two- (as opposed to four-) valve heads. And when you’re not in the mood to blast through tiny gaps at a moment’s notice and cruising is the order of the day the sheer broad spread of all that torque makes for a relaxing kind of speed.

Given the extra suspension travel of a bike that borrows, however loosely, from the dirt bike arena, this is a tool for smoothing out the gnarliest of roads. Factor in the riding position with its wide handlebar for generating big steering inputs with next to no effort and you have a bike that is nimble in spite of its size. 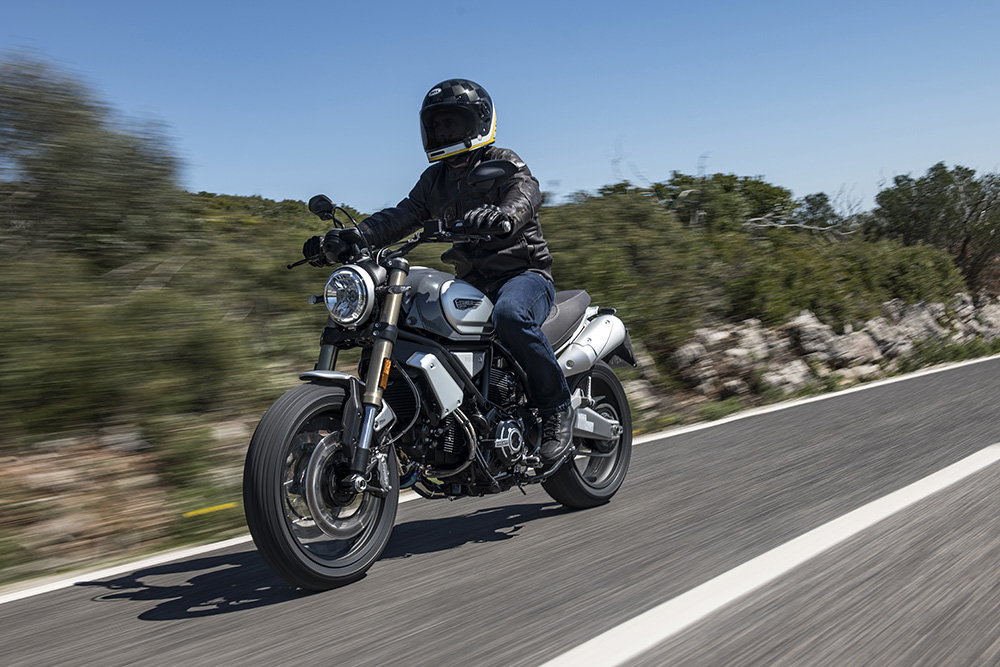 The 1100’s party piece compared to its smaller sibling is the suite of electronics it adds to the Scrambler package. With an IMU (Inertial Measurement Unit) the 1100 can take lean angle into account when working out how much traction control and ABS to implement.

This extra level of sophistication adds a level of safety for the rider that is subtle enough in its operation not to infringe on the rider’s enjoyment of the performance. That’s a win-win scenario, or at least it is until you realise the technology undoubtedly makes itself felt in the pricing – the base model costs R197 000, but can rise to R214 000 for the Special. 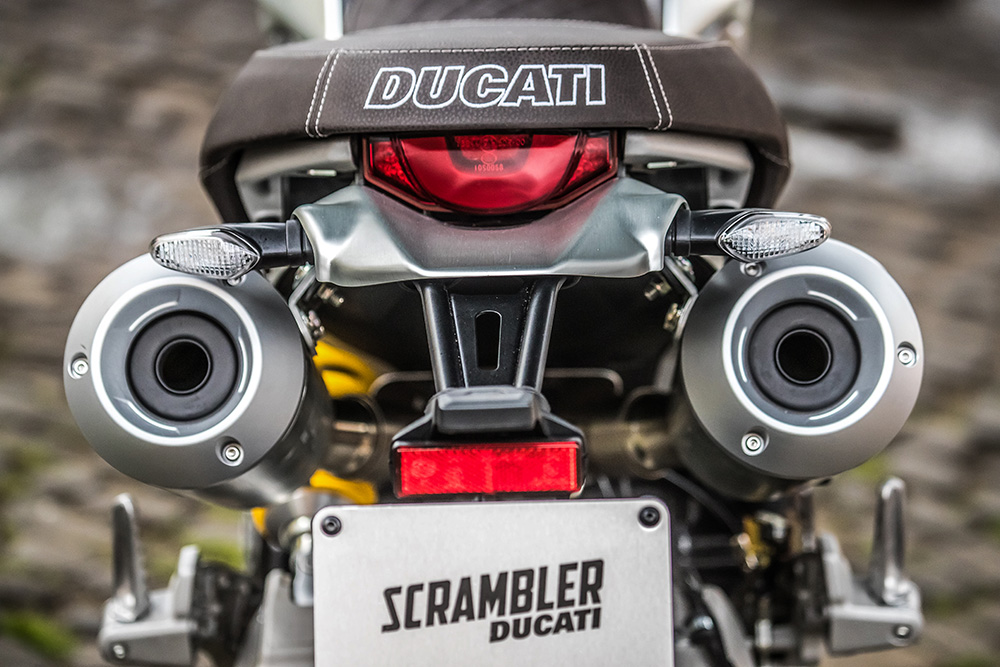 The extra cash also buys you some upgraded cycle parts and finishes, but I’m not convinced these sportier elements are needed on a bike designed to make you feel cool on the city streets.

And making you feel good is what the Scrambler 1100 excels at, because it has the looks and the necessary performance to provide a near ideal kind of city weapon.