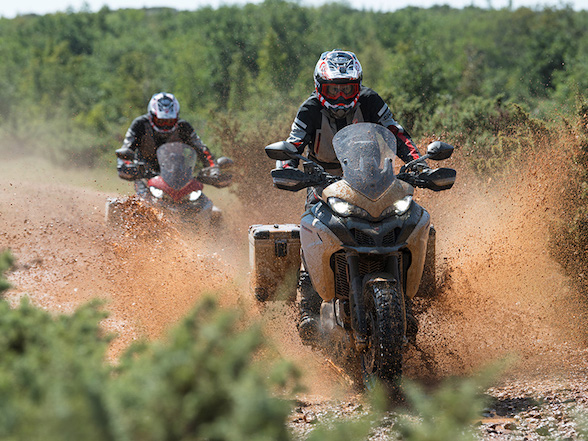 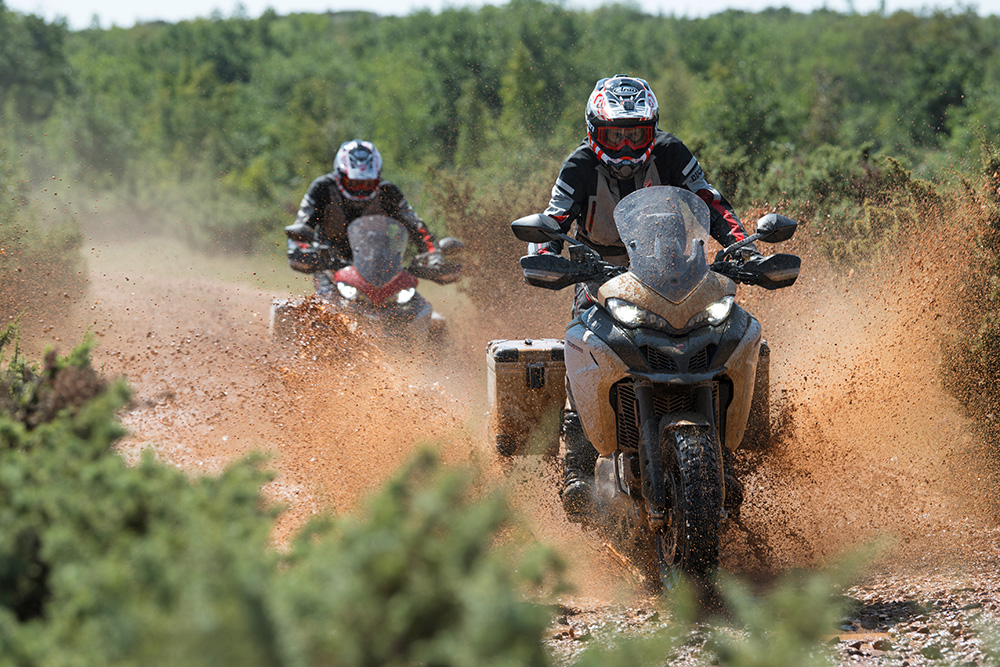 BMW have released and launched their new R1250GS that Mat went over to Portugal to ride and, despite being absolutely terrible at off-road, didn’t die. You can read his survival story here.

We can imagine that Ducati were planning to hold off until the EICMA Show in Milan next month to release their response, but with BMW getting the jump, they obviously couldn’t wait while potential customers put down 1250 deposits, so today marked the reveal of their bigger, badder, more sophisticated off-road adventure model – the new Multistrada 1260 Enduro. 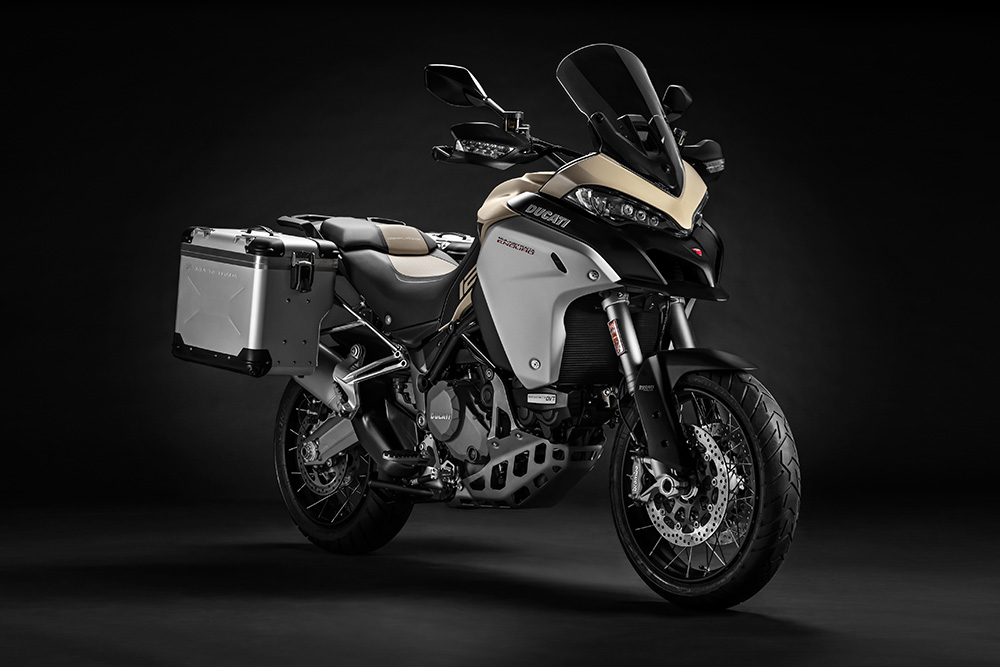 Like the previous Multistrada Enduro, this model features more suspension, more protection, larger spoked wheels and a larger 30L fuel tank than the normal Multistrada, making it the rugged off-road sibling in the Multistrada family. As the name suggests, this new version receives the 1262cc Testastretta DVT mill that was first introduced in the XDiavel and later adapted for the normal Multistrada. This is good news indeed because this motor is an absolute peach, as Donovan found out when he went on the launch of the 1260 Multistrada in Gran Canaria, and should be a hit among our more dirt orientated adventure brethren here in South Africa.

It pushes a commendable 158hp and 130Nm of torque, but where the kicker comes in is via an extra 64cc of explosion and their famous variable valves that give this bike a huge amount of bottom end and midrange that, thanks to some clever engineering involving fluid dynamics and a new RBW throttle, comes in with an exciting yet extremely smooth manner. At just 3,500rpm, it is pushing 85% of its maximum torque. 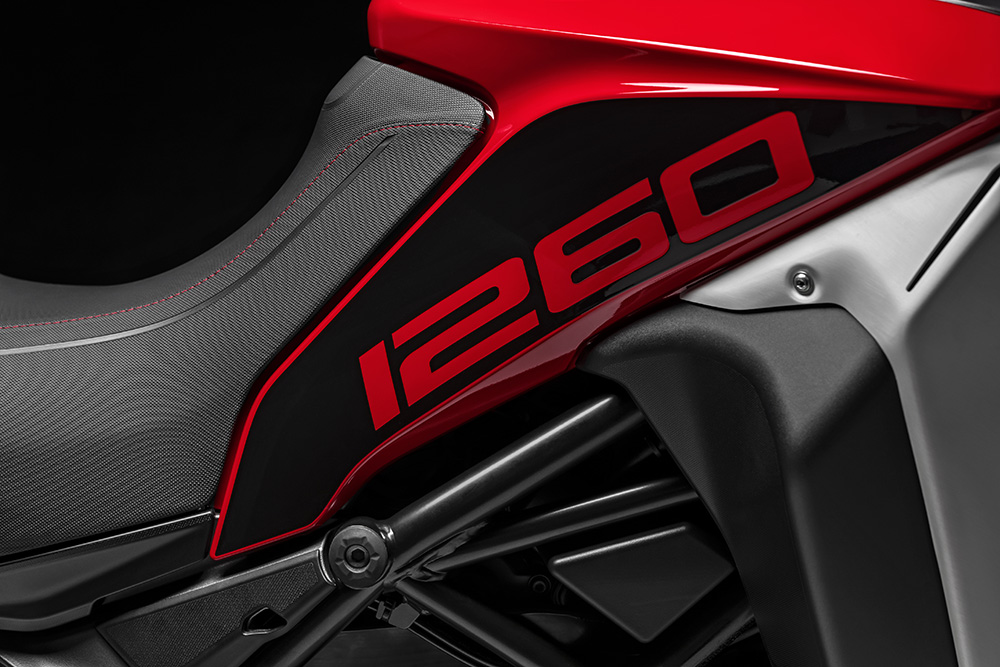 They then have something called a Human Machine Interface (HMI) that sounds like it’s straight out of the Pacific Rim movies. It works through the five-inch TFT colour display and handlebar switches that not only have characteristic Italian flair, but is also extremely clever and simple to use. Apart from controlling the usual settings of the motorcycles, it also incorporates the Ducati Multimedia System (DMS) that connects to the User’s smartphone (note that they no longer refer to the human part as “rider” because enough electronic gizmo’s elevates the human to the state of “User”). From this the User can control incoming calls, text messaging and music through the handlebar switches. 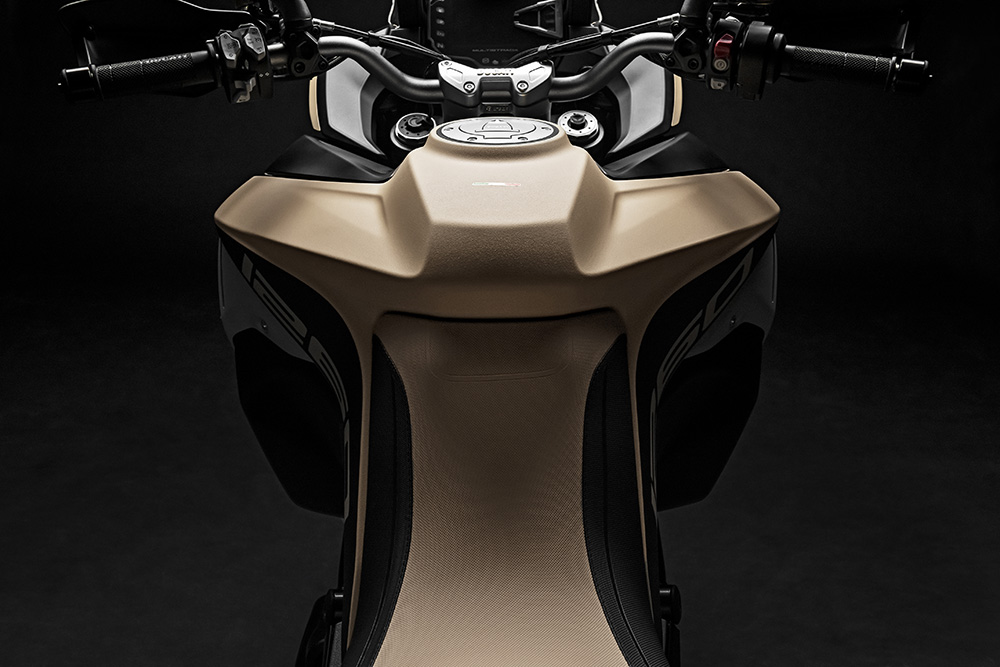 The Multistrada 1260 Enduro can now also connect to the Ducati Link App: this lets riders set the journey mode (a combination of Load and Riding Mode) and personalise the parameters of each Riding Mode (ABS, Ducati Traction Control, etc.) via their smartphones. It also gives the User maintenance deadline info, a user manual and a Ducati Store locator. Furthermore, the Ducati Link App lets Users record performance and routes so they can share their riding experiences.

It will be available in two colours – a dashing Red and a colour eloquently called Sand, that could be mistaken for khaki in many parts of the world. Accessories, such as aluminium panniers and top case, and the Touring, Sport, Urban and Enduro packages, will be available as extras. 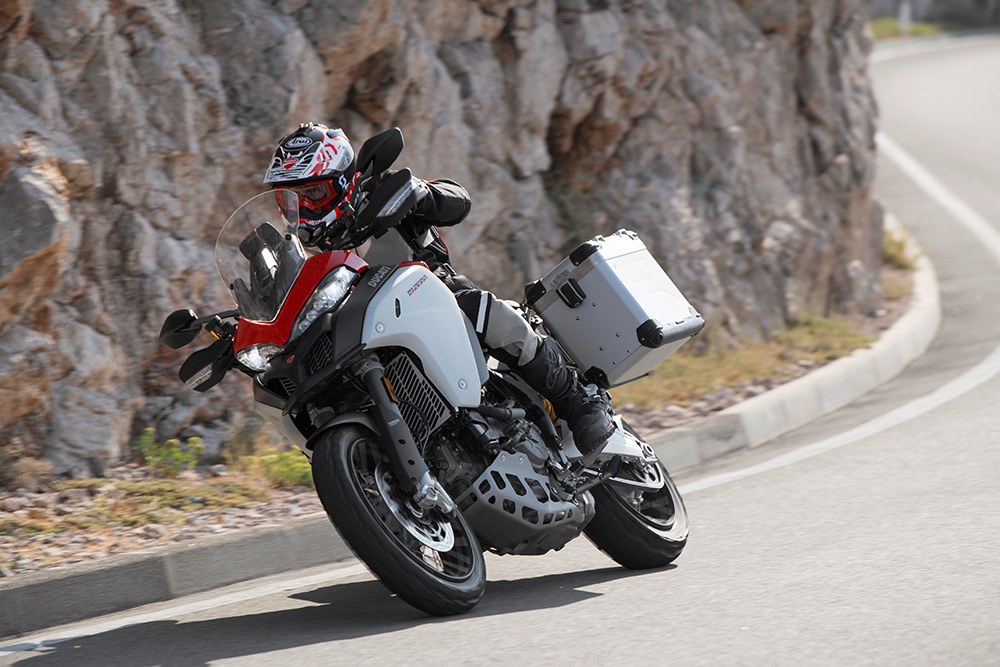 The Ducati Multistrada 1260 Enduro will be unveiled in the flesh at the EICMA Show. Availability and price are still to be revealed.