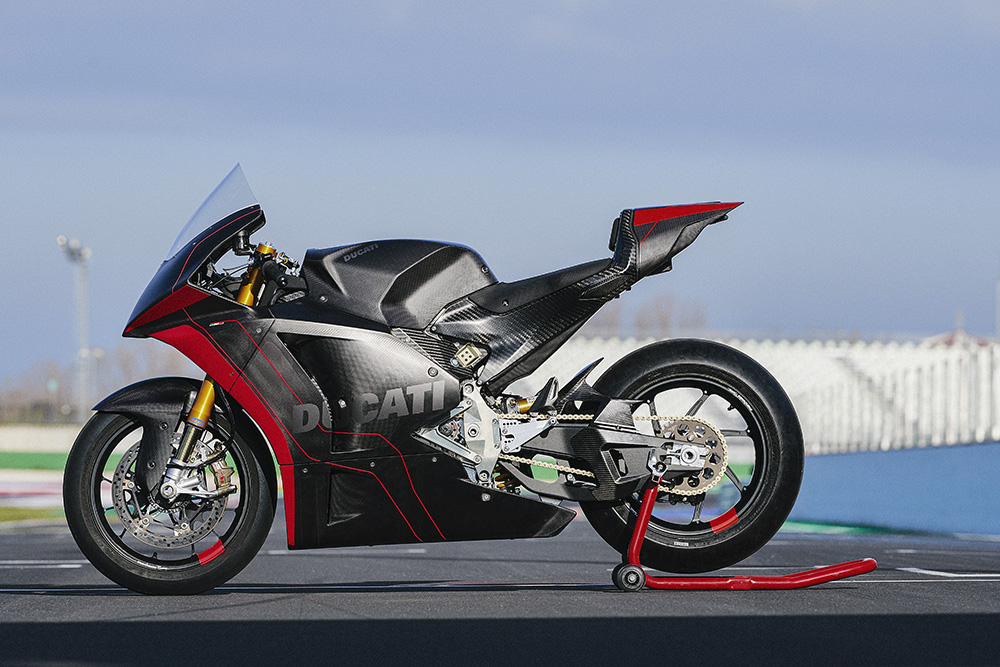 In 2023, Ducati is set to take over from Energica as the sole supplier of the MotoE class, the all-electric motorcycle racing series running as a support race to MotoGP. The news came as a surprise to everyone because, until now, Ducati had not shown any interest in electric motorcycles. More so, rumours were circulating that Ducati was very much not looking at entering the electric race.

It seems that those rumours were either very much untrue or times have changed.

“Testing the MotoE prototype on the circuit was a great thrill,” remarked the Ducati test rider. “It marks the beginning of an important chapter in Ducati history. The bike is light and already has a good balance. Furthermore, the throttle connection in the first opening phase and the ergonomics are very similar to those of a MotoGP bike. If it weren’t for the silence and for the fact that in this test, we decided to limit the power output to just 70% of performance, I could easily have imagined that I was riding my bike.”

Ducati has taken this new undertaking somewhat seriously, devoting a whole new department dubbed Ducati eMobility. Naturally, as with any electric vehicle, the main concerns are size, weight and range, hurdles that are becoming increasingly smaller as global battery technology steams ahead.

As expected, the MotoE project serves as an R&D platform for future road-going electric Ducatis. That’s an interesting prospect indeed.