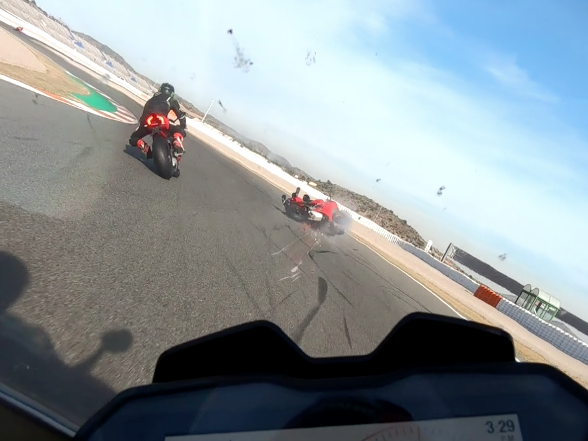 Yes, I crashed a Ducati Panigale V4, but…

We have been sort of banging on about the Ducati Panigale V4 this week after the World Launch in Valencia, with a road test, a road test of the “Performance” version and an onboard lap with the V4. But there is one thing that we’ve been avoiding thus far, even though social media has kinda locked onto the story already, and that is that I sort of had a crash on one of the Panigale V4s. 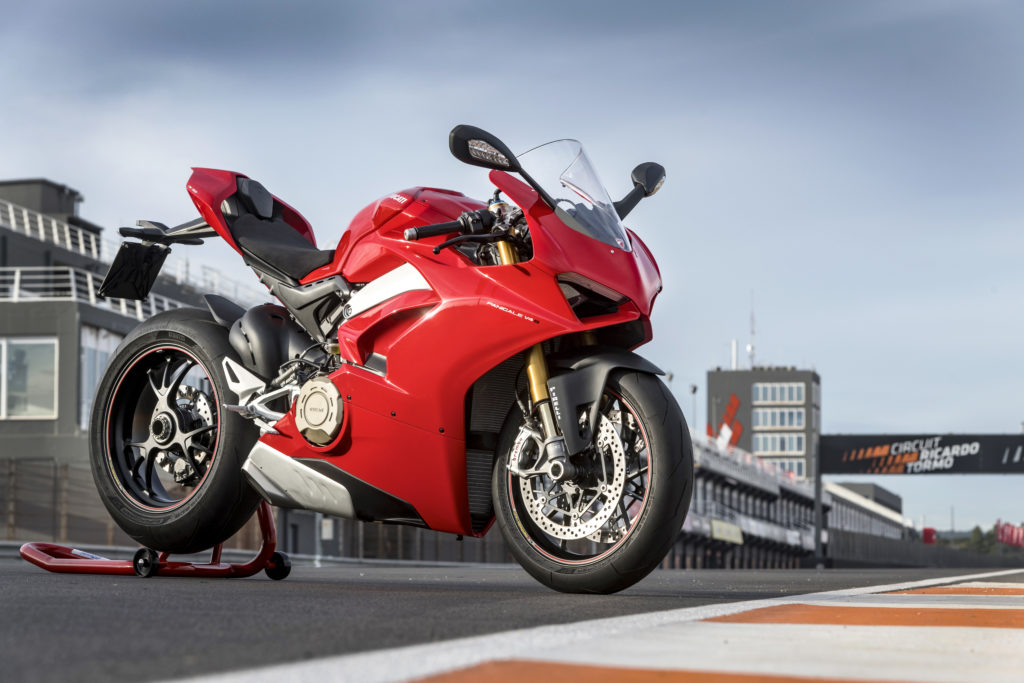 You may fold your arms, shake your head and tut disapprovingly, and this is all fully justified – that bike is a remarkable machine, both beautiful and capable, setting new benchmarks in its wake, and the thought of one of these as a wreckage in the gravel trap after a crash is truly disturbing. But there is more to this crash story than simple recklessness.

We were given five sessions throughout the day, and thankfully this was a towards the end of the last one. I was riding with my mate, Simon Kwan from Hong Kong, enjoying our last outing on a bike we have been smitten with since they first announced it at EICMA. We had overtaken a few riders already during this session, something that isn’t the easiest to do at Valencia with its series of tight hairpin corners and few places to really get in a good overtaking position, when we approached another rider who was going nicely but not the fastest.

He had clearly attended a good few rider training sessions, because his lines resembled those of someone who had to have been taught this style – run extremely late into the corner, turn very sharply and then shoot into the apex. These lines have their advantages but, despite the gap on entry, it becomes tough to overtake safely, because he wont see you until the last minute, and his slower speed in the beginning of the corner is made up for by huge speed in the middle and exit.

No problem – let’s just be clever about this, I thought cunningly. As the below video shows, we accelerated out of the tight Turn 8 and headed for Turn 9, which is a flat out left-hand kink that leads up to the tightening right-hand Turns 10 and 11. We had done this move a few times already – keep towards the outside of the slower rider through 9 and that way you line up a very easy inside overtake in 10 and 11. Simple.

There is risk in being on the outside of a rider, obviously, because if that rider makes a mistake, you are in the war path. However, Turn 9 is flat out with not that much lean, and these are experienced motorcycle journalists. What could possibly go wrong?

Well, as it turns out, quite a bit. As the rider in front exited the tight Turn 8, his glove somehow hooked on his brake lever, something he realised as he was entering Turn 9, causing him to go straight. I realised this as I turned in to Turn 9, and the last thing I remember was thinking “What the…!” before everything went black.

The other rider did some tumbling and thankfully got up relatively unscathed, but feeling a little guilty that he had taken another rider out with him, but this guilt soon turned to panic when he realised that the other rider was lying in the gravel trap and not moving…

About 30 seconds later, I came round, feeling aches and pains creeping in everywhere. But I’m a manly man, and had to prove it, so I stood up, albeit a little unsteadily, and presumed everything to be okay.

We took a compulsory ambulance ride to the medical room, where they checked all the aches and pains and found that nothing looked too broken. At this stage, some of the Ducati staff had arrived, worried about how we were. We assure them that all was well, and it was then that one of them asked me which corner we had crashed in.

It appears that concussions are not as apparent as you might think.

In the end, I turned out okay and the other rider turned out okay, and we had a big laugh about it that evening. This is track riding. These things happen.

Of course, everyone is asking how the bikes were after the crash and, to be honest, I don’t know. I didn’t have the heart to go find out.

The other question is how the Ducati people reacted, and the truth is that they were really cool about it. They were far more concerned with our wellbeing than the state of their bikes. This makes sense, because the people who work at Ducati are all bike nuts and, more so, track and racing nuts. They know that at a track test these things can happen. They are prepared for it.

To illustrate just how cool the Ducati people are, at dinner that evening they ceremoniously awarded both of us crashers with a piece of our crashed bikes, mine was a bit of the tailpiece with the words “CRASH TEST SOUVENIR” written on it. 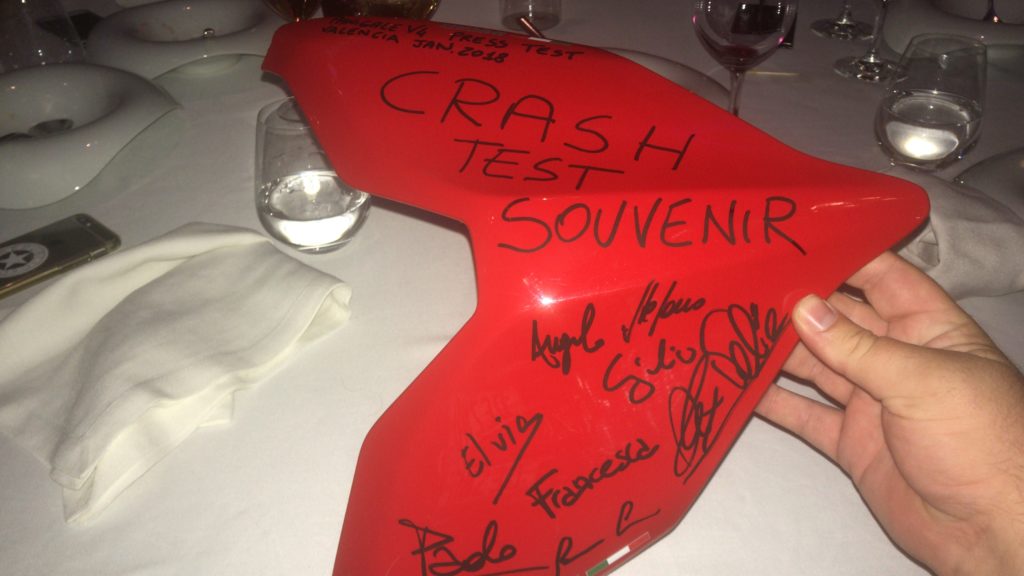 The silver lining of all this is that I got to take home a good story, and my own piece of V4. This is my first proper crash in six years, and hopefully it’ll be at least another six before I have another one.

Below is the video of the crash from Simon’s bike. Thanks Simon for giving it to us.

For more on the Ducati V4 see below:
www.ducati.co.za