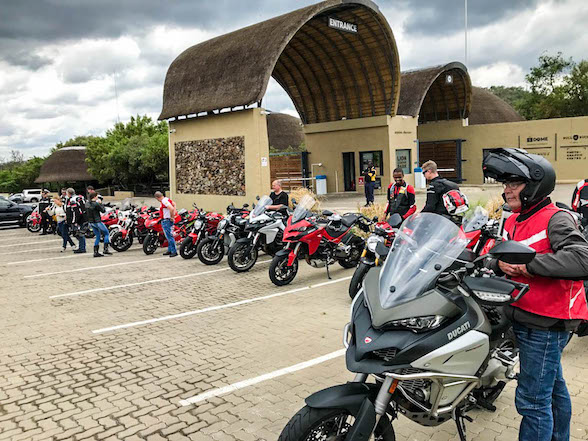 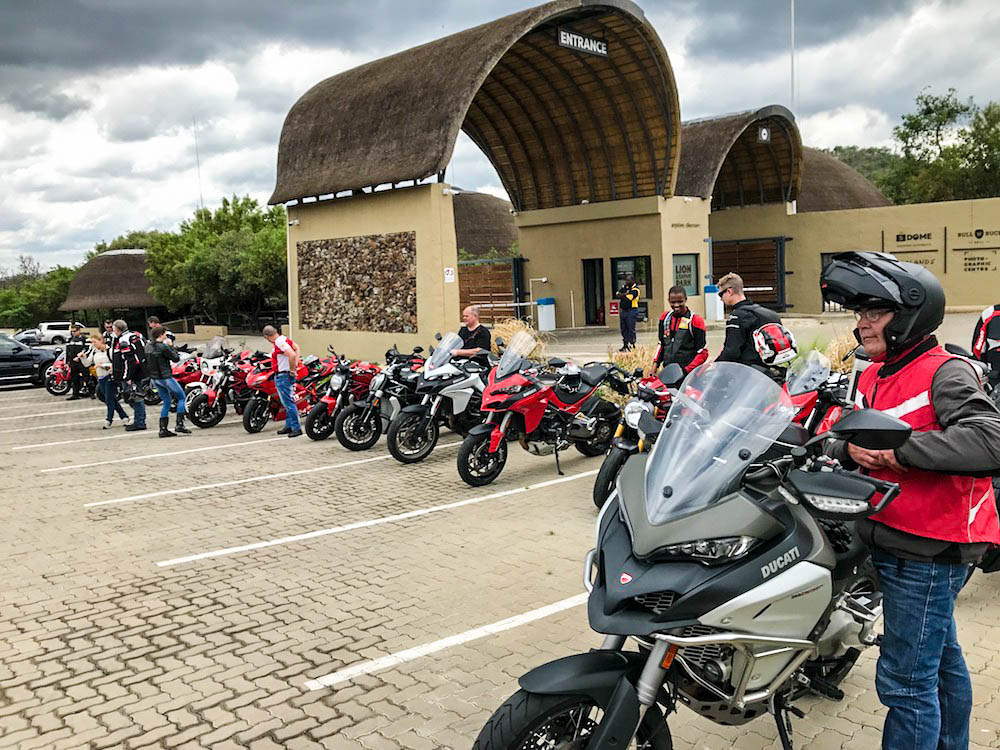 For the last breakfast run of the year, the Ducati Owners Club of South Africa joined forces with their Italian brethren at Maserati. They met at Maserati’s showroom in Bryanston, where the Ducati crew had to admit that the coffee was very good.

The original idea was that everyone stick together, meaning the bikes would follow the cars because that makes more sense than the cars trying to keep up with the bikes, especially through Fourways. 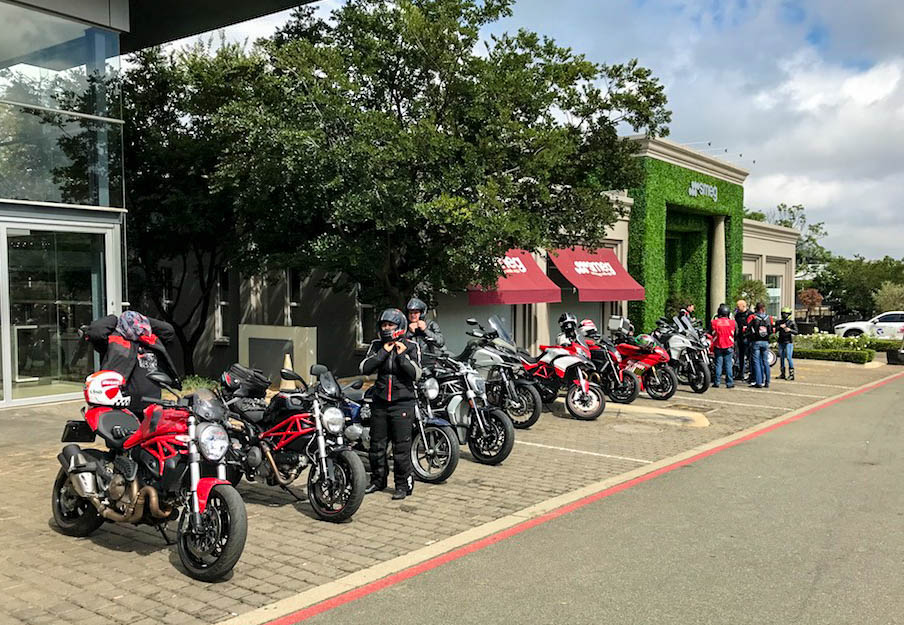 This lasted a whole four traffic lights, when certain members of DOCSA began using the lights as a starting tree for their drag races, and then everyone was left to their own devices. 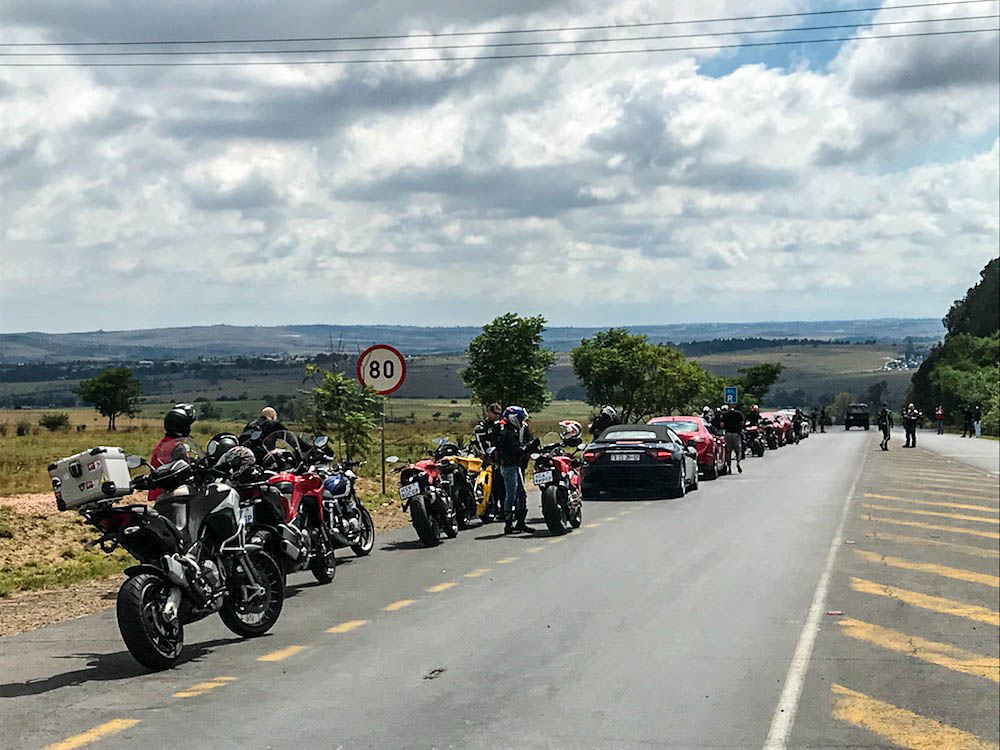 The first stop was on the side of the Cradle Road where the drag racing continued but this time included the cars. Obviously the bikes won, but we will give the four-wheeled folk credit for being far closer than we were expecting.

The next stop was at the Lion Park on the R512 towards Hartbeespoort Dam for a light meal and coffee, where Ducati’s chief salesman, Roy, was pranked by a rogue giraffe that wasn’t afraid of leaning over balconies.

After the Lion Park, the official ride continued to Harties, more particularly the Silver Orange Bistro near Chameleon Village, one of the best restaurants in the world, however a chunk of the bike gang chose to instead do a lap of the dam, something the Maserati clan weren’t able to do on account of the amount of traffic crossing the dam wall. 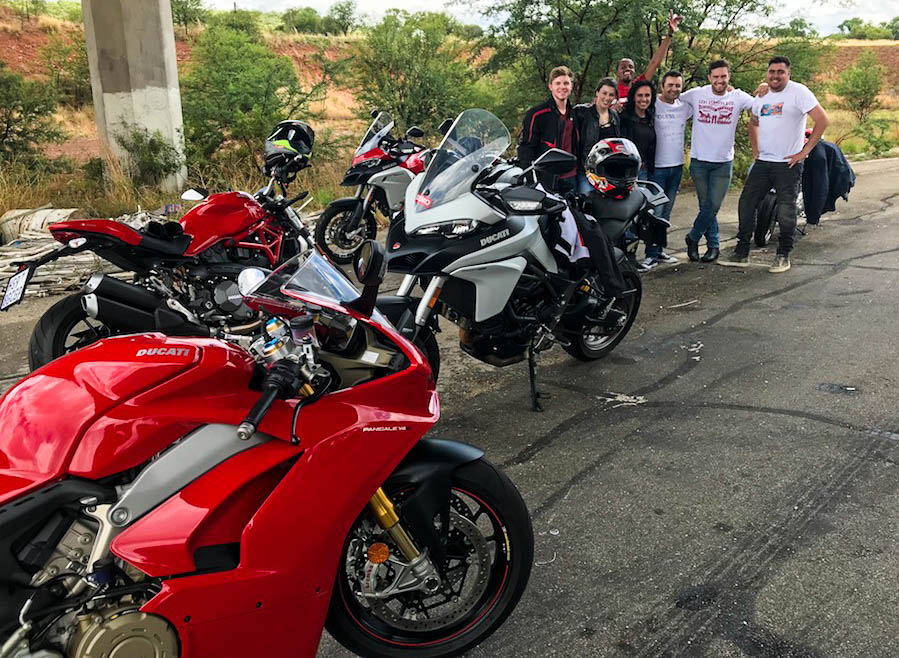 The trip ended at Black Rock, the abandoned bit of freeway near nuclear station. It’s 1.2 km long and completely empty, and so wheelies and more drag races ensued.

This is the last DOCSA run of the year and was the usual jovial, mischievous affair. We look forward to DOCSA 2019. 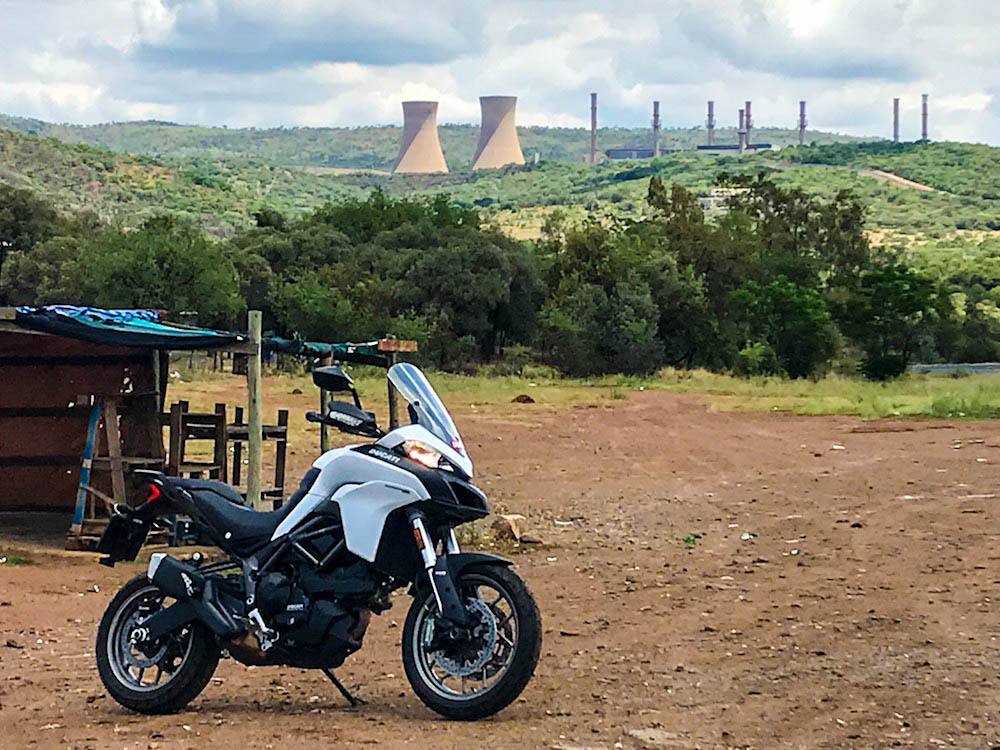