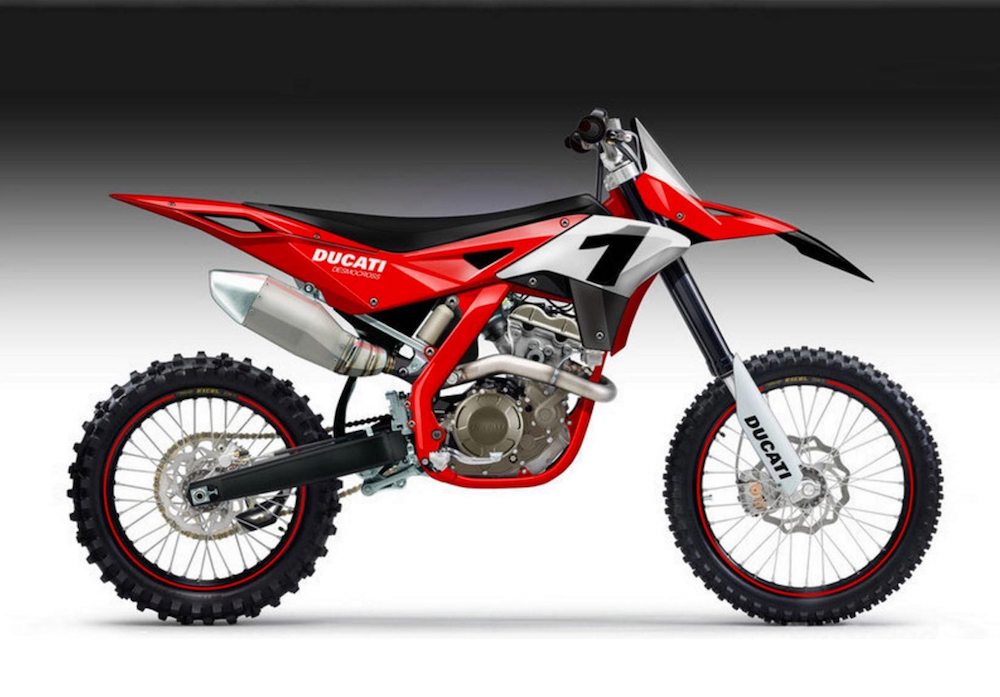 Story: Donovan Fourie
This story has been doing the rounds for years – Ducati is building a dirt bike, a rumour that has once again arisen in the ethereal plain that is the internet spurred on by this graphic proof that a dirt machine is in the Bologna pipeline. Where this “proof” falls flat is that it does not emerge from the Bologna factory but, according to Asphalt And Rubber, rather from the brilliance that is Oberdan Bezzi – please click on the link and look at some of his other work. It is inspiring.

This does not, however, exclude the possibility that a more off-road orientated concept has not been drawn up by the design Skunk Works in Ducati. In fact, I can guarantee you that there are drawings, and probably magnificent ones, of dirt machines baring the Ducati logo. The reason I can say this confidently is because many of the staff at Ducati are enduro nuts. On weekends, the hills around Bologna ring with the sound of enduro machines belonging to Ducati staff braaaping and tungtungtunging. This does not exclude the design staff and no doubt, being the passionate artists they are, drawings of their other motoring love exist. 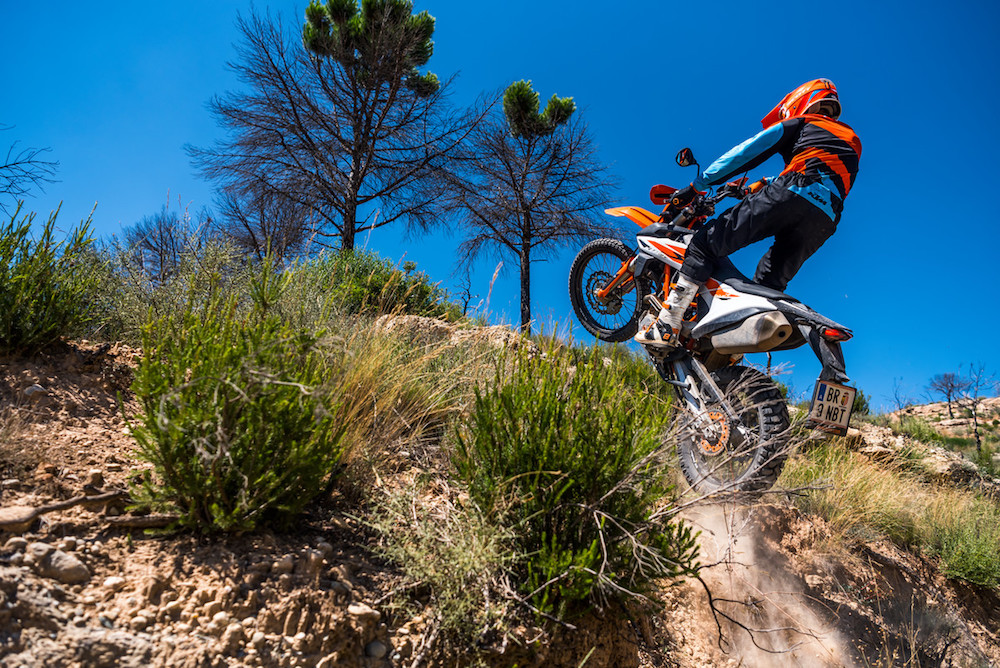 The problem is that this is most likely where the exercise ends, because although the designers would love to build an enduro or motocross machine, the people that have to pay for its development are most probably less keen. Think about it – the designer takes said drawings and puts them on the board table, and although they would be magnificent and glorious, the more accountant-minded members would say: “Okay, you want to spend millions and millions of Euros developing and building a completely new model platform that is in no way consistent with Ducati heritage nor experience, to enter a niche segment that is already stalwartly occupied by KTM, Husqvarna, Honda, Kawasaki, Yamaha, Suzuki, Sherco, Gas Gas, Beta and TM?”

It doesn’t seem likely, does it? 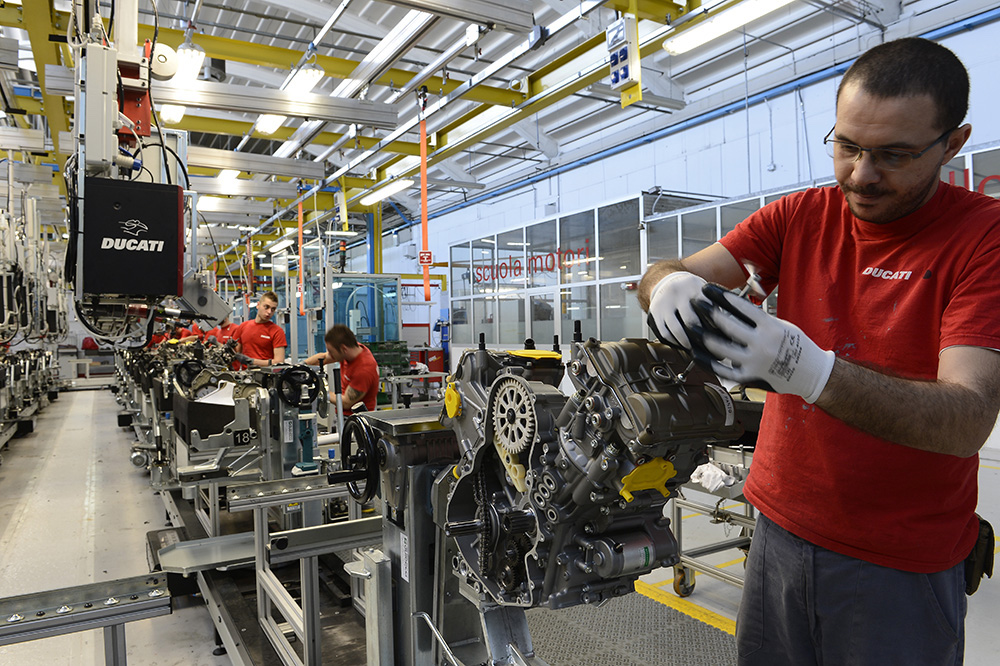 There are two possible twists to this tale, though. The first is that VW Group boss Herbert Diess, who finds Ducati within his expanded portfolio of companies, has stated that Ducati could well see its own portfolio of motorcycle brands expand, and there is very little to say that one of the before mentioned off-road brands might not be one of them. Imagine the likes of TM or Beta under the wing of Ducati. 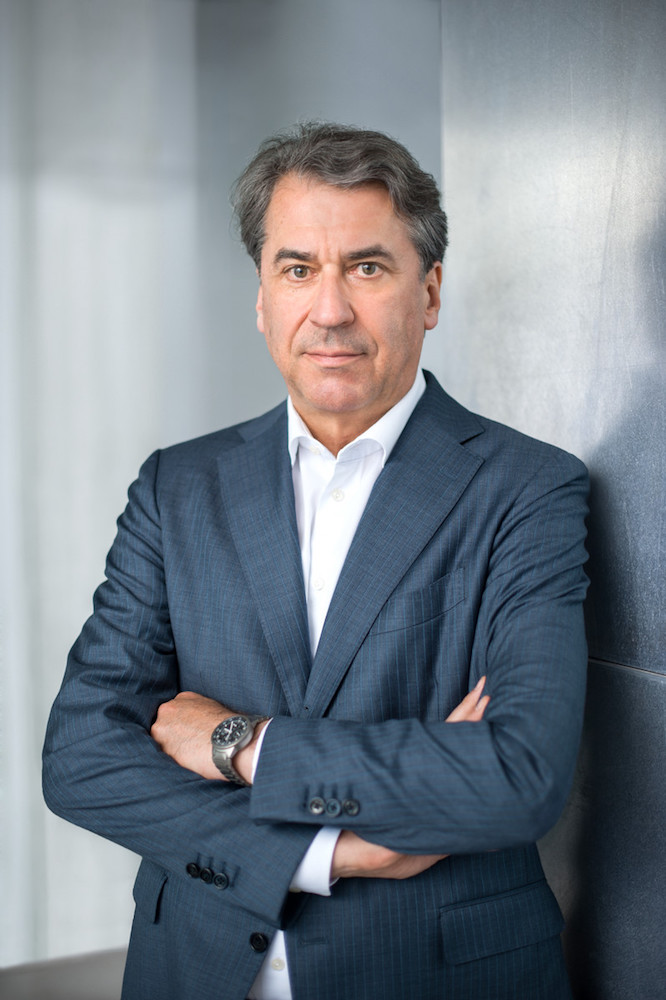 The second, and more likely, twist is the KTM Group boss Stefan Pierer’s confession that he would love to buy Ducati. This scenario’s likelihood has increased significantly after Cycle World reported a rumour that Pierer has already teased the VW Group with more than 1.5 billion Euros for the Italian brand. This rumour carries some weight, not only because of Pierer’s confession, but also because it makes sense. The Austrian businessman has also said that he hopes to grow his organisation to the third largest motorcycle manufacturer in the world. Currently, they are the clear leaders in the world of dirt biking, they have a huge chunk of the world’s adventure and small capacity street bike market, and this could make them a strong contender in all motorcycle markets.

Will he use Ducati to build a dirt bike, though? Probably not. Stop believing everything you read on the internet.

Previous Post Mat Durrans: Winter in France and how it's inspired our New Year's resolution
Next Post Sunday fun: Drag race between a Ducati Panigale V4 and a BMW M760Li