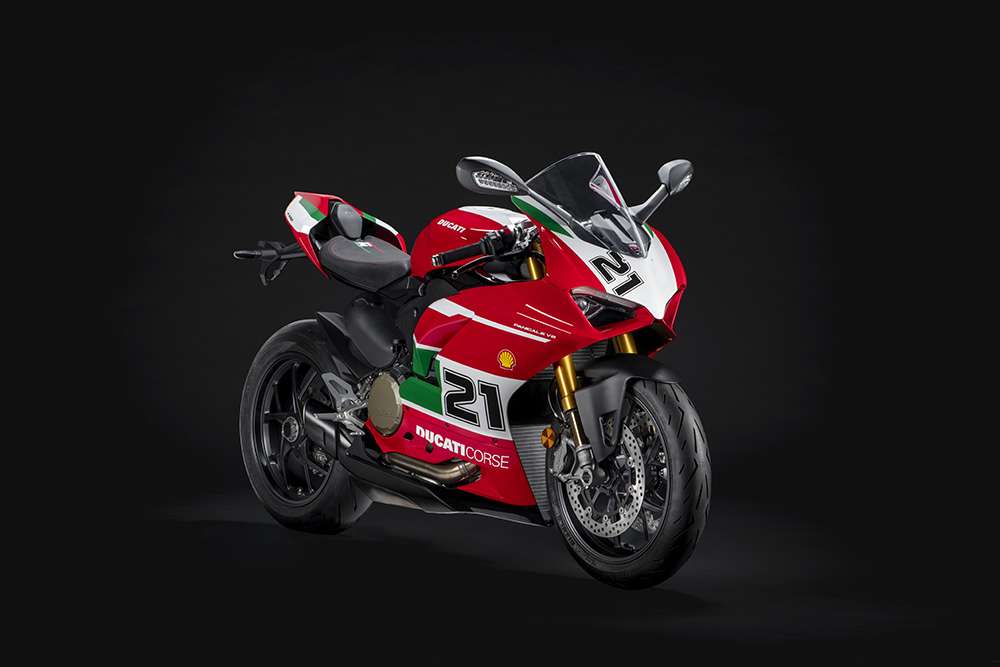 Troy Bayliss won his first World Superbike Championship in 2001 aboard a Ducati 996R. He then went on to take 52 race wins, 94 podiums and three world titles. To celebrate the 20-year anniversary of his first championship win, Ducati has announced the Panigale V2 Bayliss 1st Championship 20th Anniversary model.

It features livery inspired by Bayliss’s race bike from 2001 including the legendary number 21 and Shell sponsorship logos. On the tank is Bayliss’s signature and the aluminium top yoke has the model name plus each unit’s designated number printed on it.

To make it more track orientated, the forks are Ohlins NX30 models while the rear shock is an Öhlins TTX36 unit. There is also an adjustable Ohlins steering damper.

The battery is a Lithium-ion unit that is three kilograms lighter and there is a seat option that looks like the one used by Bayliss in 2001.

The look is completed by the sport grips, the silencer outlet cover in carbon fibre and titanium and the rider seat made by combining two differen materials with double red stitching. The number 21 is embroidered in white on the saddle and, together with the green and red bands, makes up the Italian flag. The motorcycle is also equipped with self-cleaning brake and clutch pumps with smoke grey oil tanks.

The Ducati Panigale V2 Bayliss 1st Championship 20th Anniversary model will be available in dealers from the end of September for 20,990 Euros (roughly R365,000) although South African availability and price may differ.