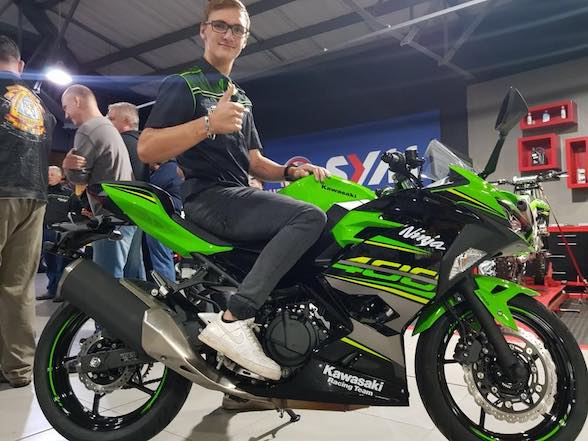 Dorren Loureiro Aragon Friday Round Up

The Aragon round of World Superbikes kicks off this weekend and it also marks the first European round of the season meaning they are joined by the Supersport 300s, a class that has become somewhat of a revelation in the series.

Previously, the entrance point for World Superbikes was either the Supersport 600 class or the Supersport 1000 class, meaning youngsters in their early teens either had to go through the ranks of the their national championships or move to the introductory series of MotoGP. So either they entered WSBK later in their careers or were lost to the competing series.

With this class, they still keep their USP of racing motorcycles based on road bikes available to the buying public, but now make it hugely accessible for youngsters, something that should help the other classes when these kids start moving up the ranks.

Among the competitors in the Supersport 300 class is South African teenager Dorren Loureiro, who has been competing overseas full time for the past three years, and is developing a reputation for his skill and never say die attitude. For this year, he is racing the new Kawasaki Ninja 400R – yes, this class is called the Supersport 300 class, but they do make room for different capacities and give restrictions based thusly.

His ever supporting father, Armando, gives us his feedback from Friday practice where he finished 9th in the first practice despite problems and a more cautious 12th in the rain in second practice:

“Dorren went out in free practice with rain looming. We tested the bike and did setup with 12kg less than was required by Dorna, something we weren’t aware of at the time, meaning Dorren went out with a bit of a blind setup. But because rain was on the horizon he had to stay out on track and make the best of it, qualifying for top 10 fastest in 9th position.

On Saturday you can watch Superpole on TV – with a track like Aragon you can qualify anywhere from 1st to 10th and still have a shot at the win. Aragon has a very long straight and slipstream will be the order of the day. Massive improvements were made during testing, and this year the level is much much higher than last year and as a good friend Ricky pointed out of so nicely: the refugees from Moto3 have joined the party. It’s much like adding tequila to anything. The party erupts. So wish Dorren good luck on Saturday for a great final qualifying.”