Story: Donovan Fourie
As teams run to snatch riders, Silly Season sees its final pieces slotting into place. You’ve probably read all about them in the news already, but may I shed some silly thoughts on everything? 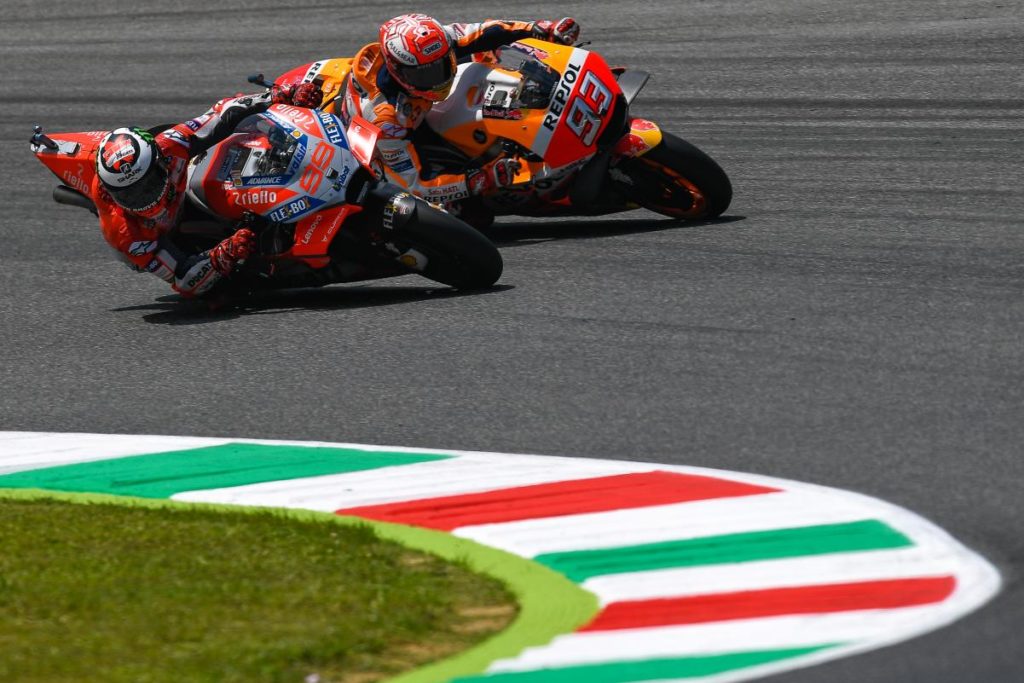 This is big news – one of MotoGP’s fastest riders backed by the most winningest team with the biggest budget. What could possibly go wrong?

Quite a lot, actually.

This news comes as Lorenzo takes his first ever win aboard a Ducati, making him one of the few riders to win races on two manufacturers. There are some things to consider, though. If rumours are to be believed, Lorenzo has so far cost Ducati $18 million per win in salaries. That’s not what any German would call a good investment. Also this win happened at Mugello, Ducati’s home track, and a track where the Desmosedici can take maximum advantage of its long legs. To add to that, Lorenzo had the front tyre trick, something he implemented to make the soft front tyre last while everyone else slipped and slid on the harder option. So while Lorenzo’s win was a work of genius from him and his team, will it now become a regular thing? Possibly, but let’s see. If not, Honda might be facepalming themselves a good deal. 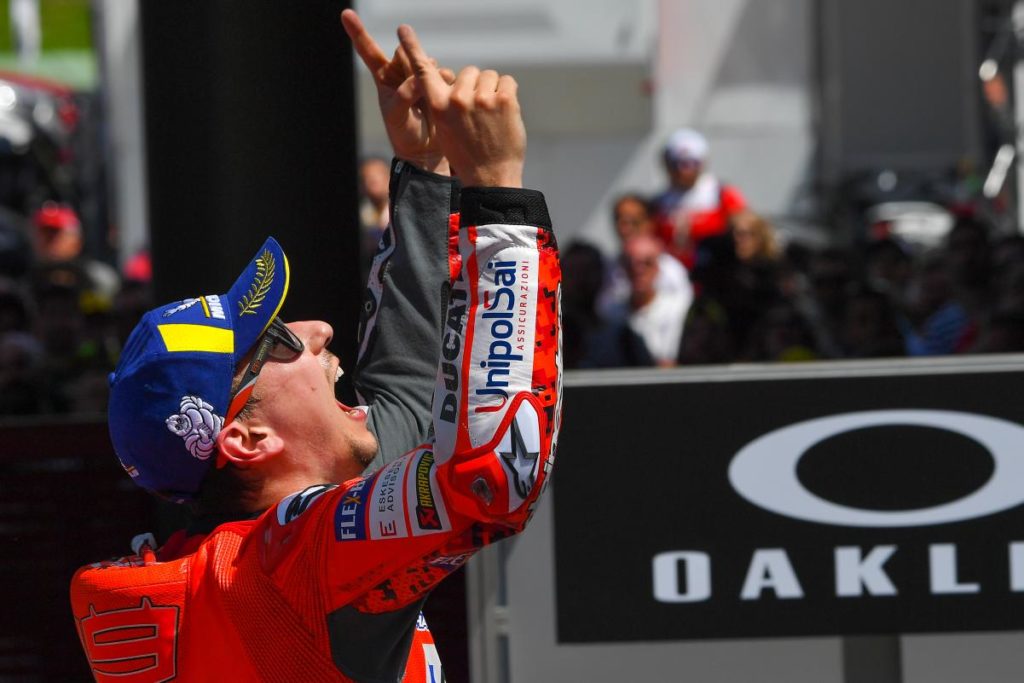 While Lorenzo is one grey area, the Honda is just a mass of black spots. Especially for Lorenzo. It may seem like a masterclass in HR for Honda to hire the Spaniard, but let us not forget that he was not their first choice. Before Lorenzo, Honda spoke to Zarco, Mir and, if rumours are to believed, Jack Miller, who all turned it down. Most sensationally was Zarco, who instead took a spot at KTM.

There could be a few reasons for this rejection – one is money. While Repsol Honda most likely has the most dosh to give out, they are not going to do so unless they have to. They already have Marquez in their stable, and they are probably going to win a stack of championships with their little blue-eyed boy, so the business of a team mate seems a bit of a formality. They could hire Zarco, Mir or maybe Miller, but the offer they put down probably won’t earn them too many hooker-ridden mansions on the shores of Lake Como. If they have to spend huge money, they may as well keep good old Pedrosa. It was reported that Lorenzo took a package of $4 million per year. That’s a huge cut from his Ducati earnings. 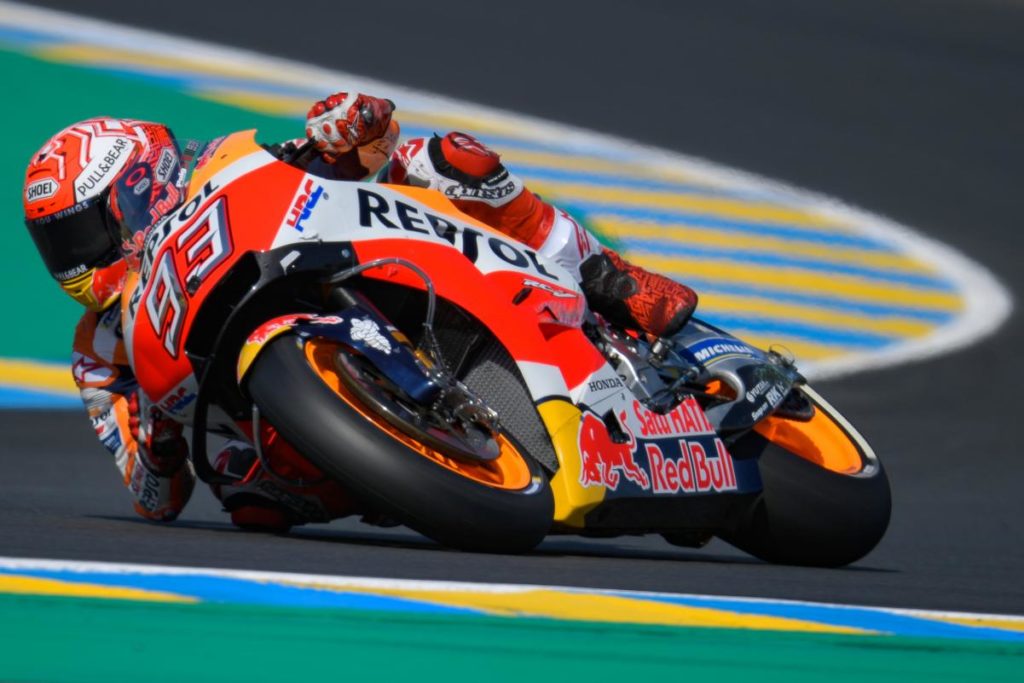 With that, more importantly than the money is the bike itself. If you’re in that team, you are always going to be playing second fiddle to Marquez. He is the blue-eyed boy. He always gets the casting vote. No doubt Pedrosa has felt this a few times, as he battles around on a bike mostly designed for someone with a very different style to him. Also, ask Redding, Rabat and Miller how much fun that Honda is to ride. Also note that all these riders went better on the Ducati than on the Honda. With that in mind, is the aggressive Honda really the right place for the smooth and sweeping Lorenzo?

We will have to watch how the rest of the year goes. Will the magic tank modification be enough to keep Lorenzo in front? Will Honda modify their bike enough to suit Lorenzo’s vastly contrasting style? Will Lorenzo be able to adjust his style to meet Honda half way? Either way, it will be fun to watch.

Danilo Petrucci first arrived in 2012 to a chorus of people shouting: “who is that?” 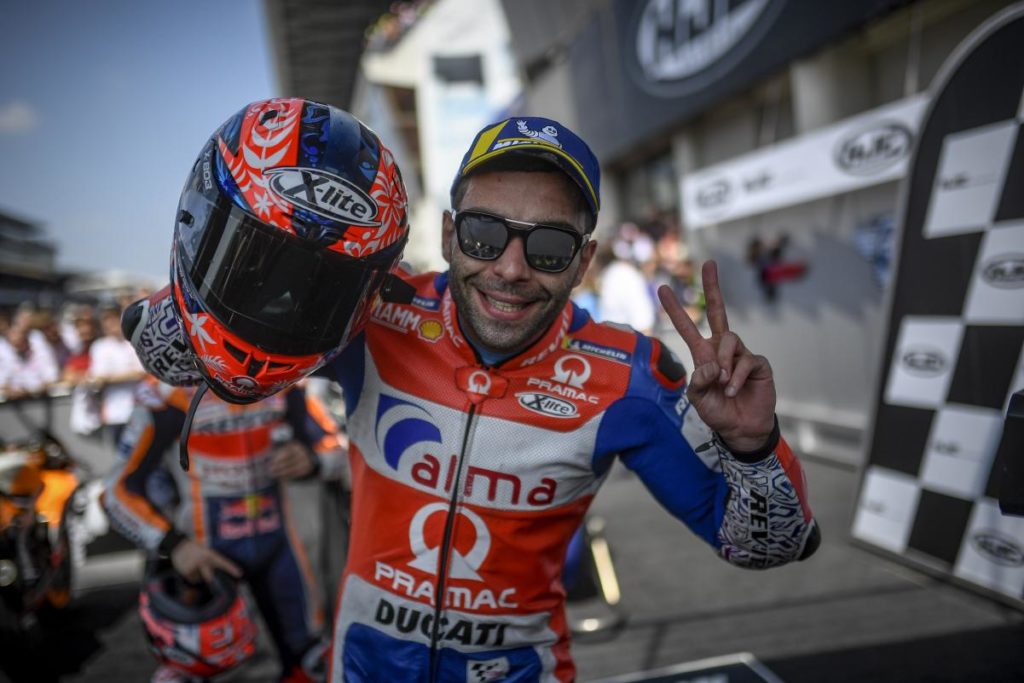 He won the European 1000cc Superstock Championship, and was thrown into MotoGP as an affordable option for the underfunded Ioda Suter team. Naturally, no one paid any attention to him as he set off on an under-powered machine against the titans that had made a name for themselves through the lower MotoGP ranks. It’s great to see how he has persisted with two years at Ioda and a year on a glorified Aprilia RSV4 before receiving a third-hand Ducati.

Now he replaces Lorenzo in the factory Ducati squad, and has become one of the elite he was thrown amongst when he made the giant leap from a comparatively little rated European series. It will be interesting to see how the boost in teams affects him.

Silly Miller gets a works bike

Jack Miller takes over Petrucci’s side of the garage, and with that receives the same machine as the factory team. There is a difference, because although it’s the same machine, he does not have the legion of technicians the factory boys have, especially in the electronics department, but the young Aussie is moving up the ranks, showing maturity and cementing his place as (mostly) a top ten finisher. 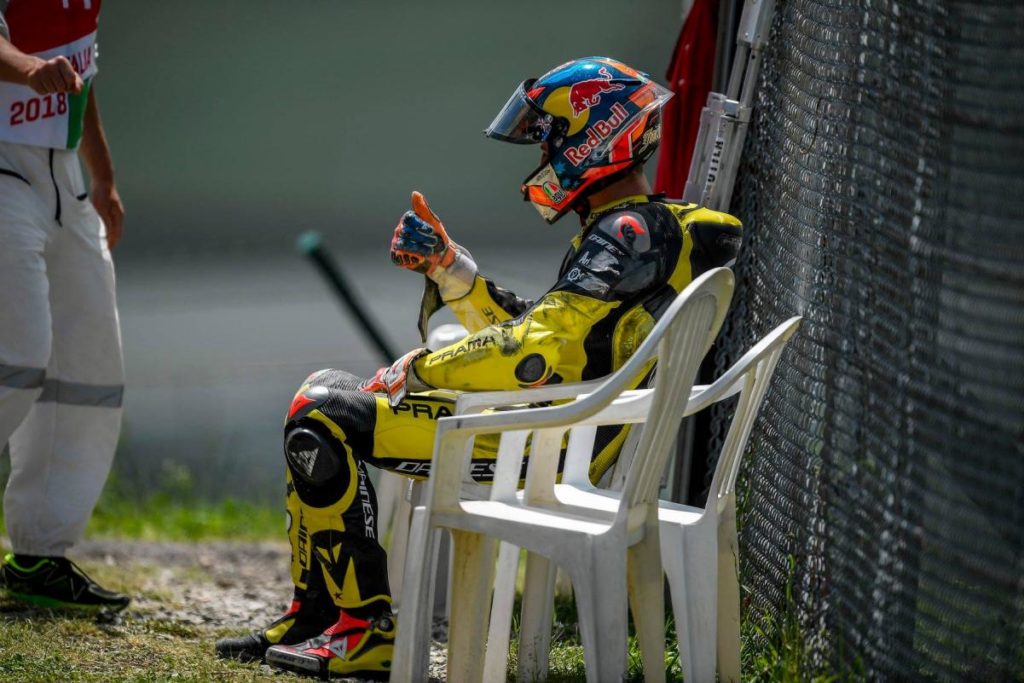 All this after he made the move to MotoGP directly from Moto3, to which the people chorused “is he daft?”

Iannone officially parts ways with Suzuki. This is sad for the Italian, after he has done a respectable job for them this year. This will be the second time he has been dumped by a manufacturer for doing a respectable job after he was left jobless by Ducati to make way for Lorenzo who, on average, has not done as good a job as Iannone. The Italian will move to the works Aprilia team where the former race winner and podium regular will have good fun dicing Karel Abrahams and Thomas Luthi for a points position. 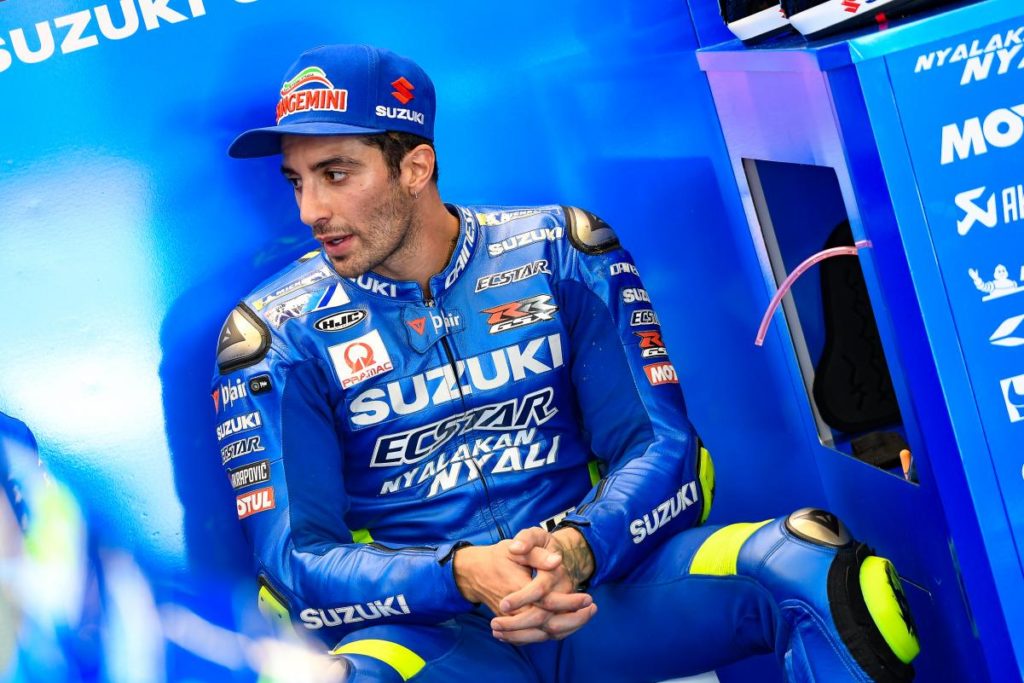 Suzuki is probably replacing Iannone with 2017 Moto3 winner and Moto2 rookie Joan Mir. This is a good bet for Suzuki, because the stats for Mir in his first couple of years in Grand Prix racing outdo even the likes of Marquez, and while he is yet to take a race win in Moto2, he is showing huge promise, and it would be unsurprising if it did happen before the end of his rookie season. 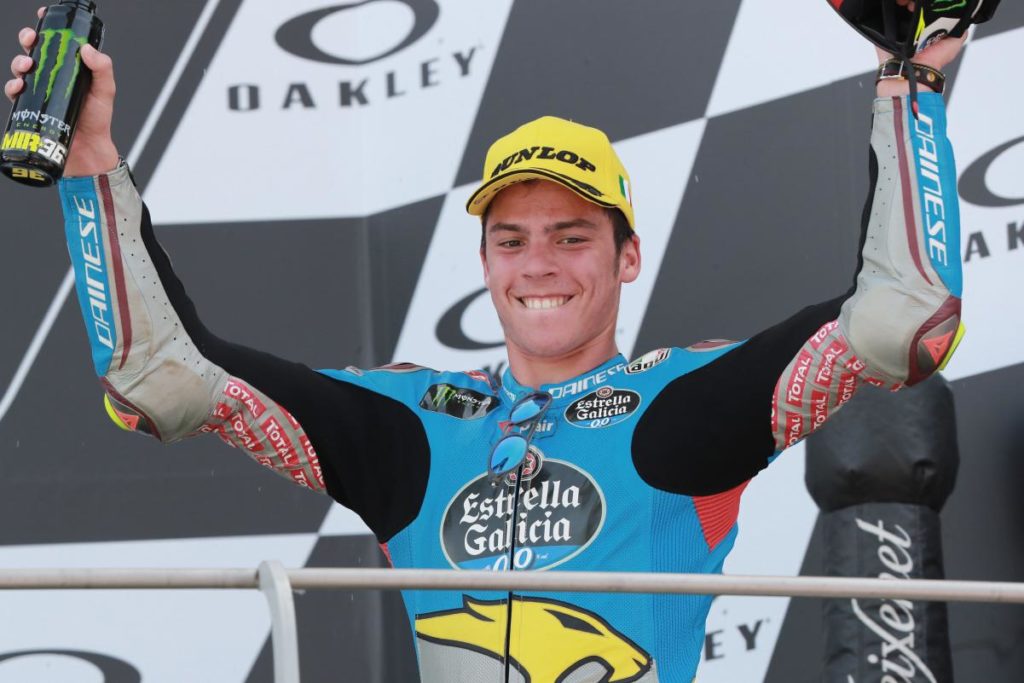 In the mean time, the Suzuki team will be led by Alex Rins, who has been closing in on his experienced team mate. Suzuki could well be a force to be reckoned with within the next two years.

KTM is taking MotoGP very seriously. They have coaxed the ever loyal Herve Poncharal and his Tech3 Team away from their Yamaha roots and brought them to team orange, meaning they will be fielding four bikes next season. More so, Poncharal will be receiving the same machinery as the factory team, something he never managed with Yamaha. 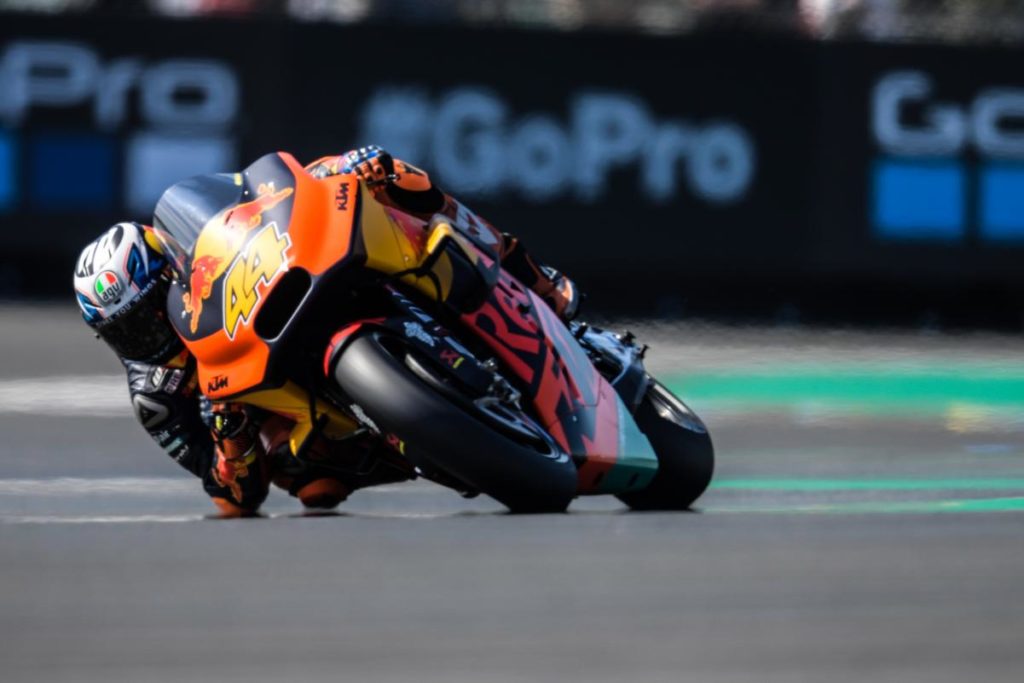 The benefit to KTM is that they now receive double the data and this should boost the pace of development. At the Jerez test earlier in the year, Pol Espargaro was given a go on the 2019 prototype, a bike that is believed to feature a reverse crank, and this elicited many a smile from the Spaniard who is optimistic for next year.

Espargaro will be teamed up with Johann Zarco, who KTM is hoping will perform the same magic he does with the struggling Yamaha. As mentioned before, Zarco turned down an offer from Repsol Honda for probably more money at KTM, plus he will not be playing second fiddle to Marquez. On the other hand, if he did win on the Honda, he would have won on Marquez’s bike, whereas if he wins on a KTM…well, he will go down in the book of MotoGP legends. 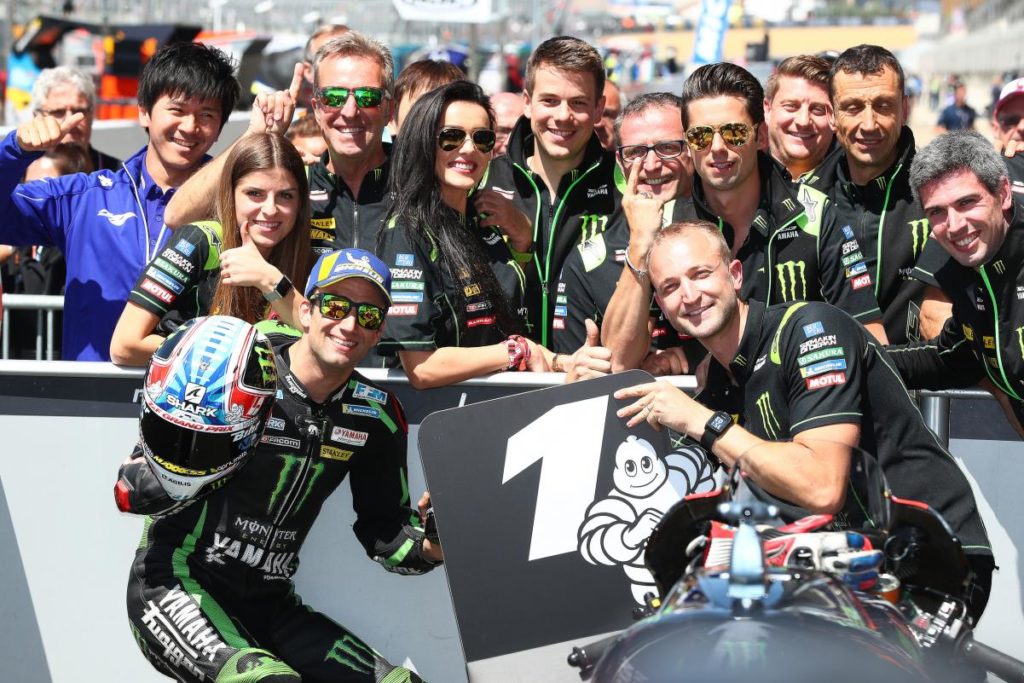 With Zarco moving to the factory team, Tech3 gets current KTM Moto2 hot shot Miguel Oliveira, a ride he has deserved. More significantly for South Africans, this means that Brad Binder will be the lead rider in the Moto2 team. The last time that happened, he wiped the floor with the championship. Let’s see.

The big loose end in all this is poor Dani Pedrosa who has been let go by the Repsol team after 13 years of dedication and bad luck. He hasn’t performed at his best for the past two years, this is partially because of the Michelin tyres that his light frame has battled to get heat into, but also possibly because the bike was built around the radical Marquez. 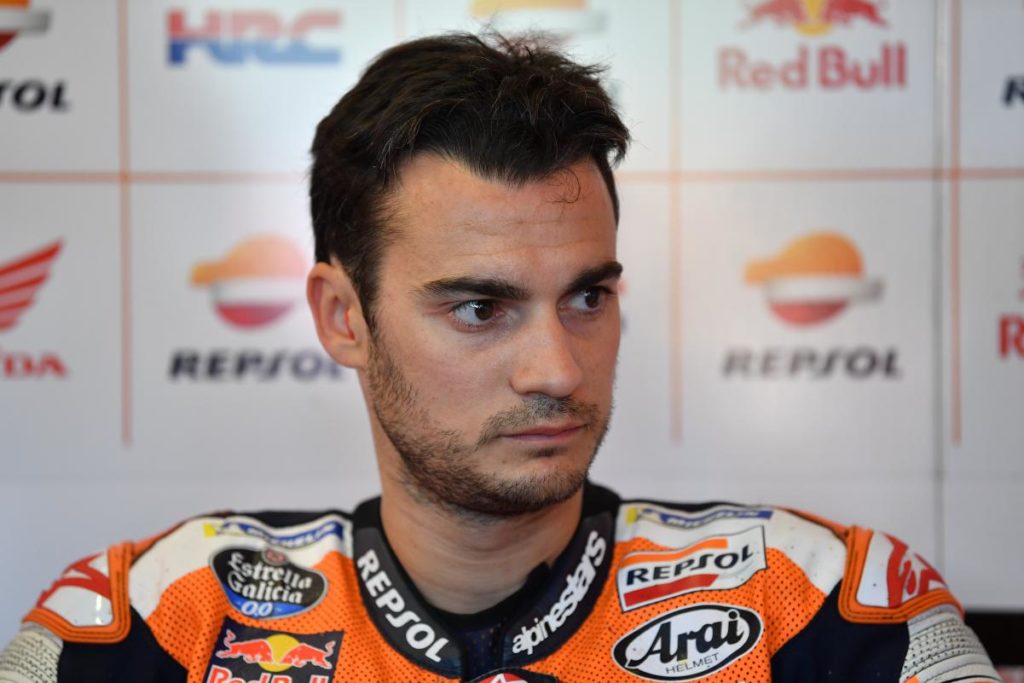 There’s talk of him either announcing his retirement or him riding for this supposed new Petronas Yamaha satellite team. Imagine he stayed on in the Yamaha team. And beat Lorenzo…