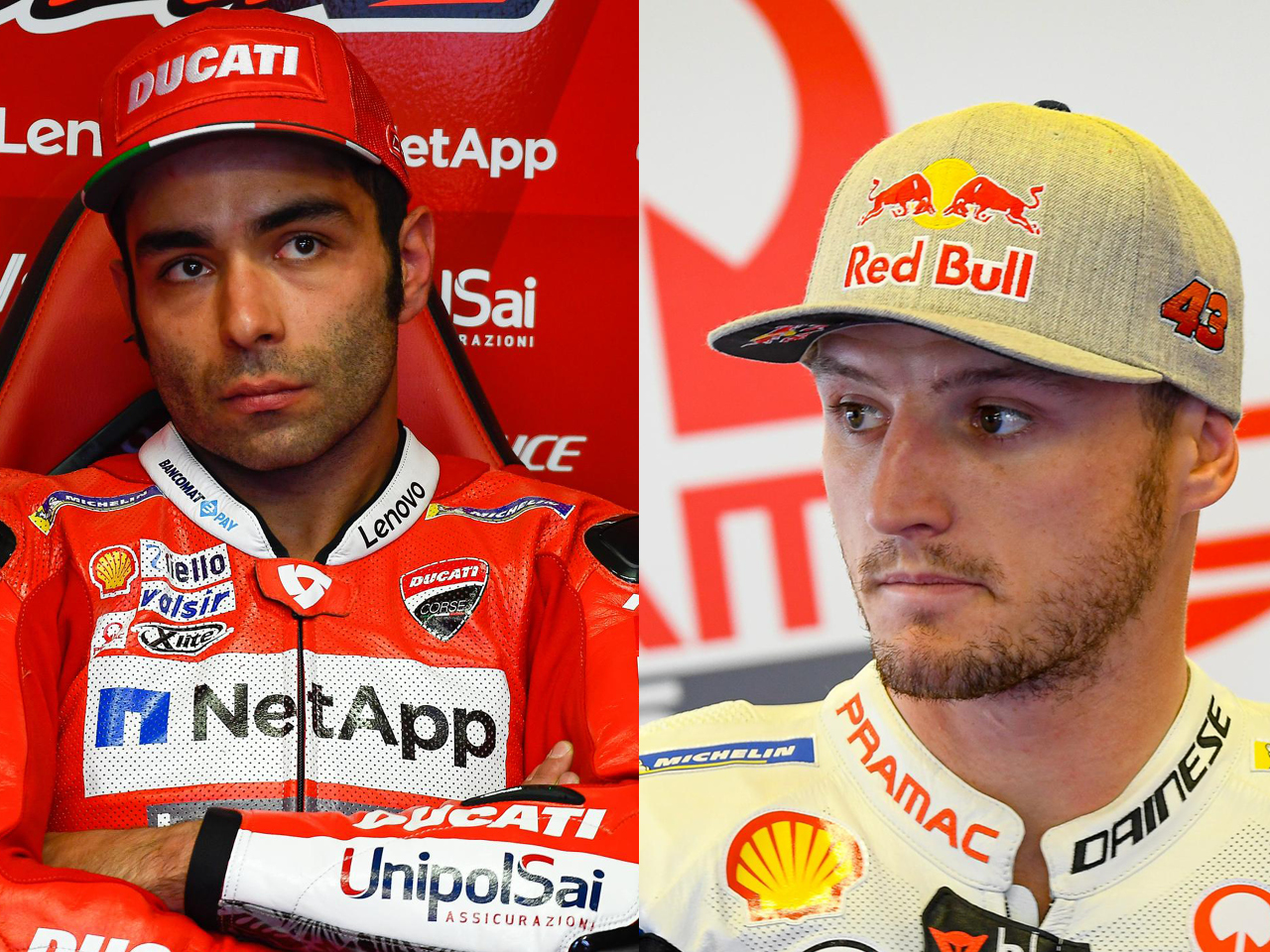 Story: Donovan Fourie
One of the big talking points in MotoGP at the moment is the rivalry between Danilo Petrucci and Jack Miller. This is not your Rossi/Biaggi fisticuffs hatred, but more like a gentlemen’s rivalry, precisely the sort of description you’d never usually find in the same sentence as Jack Miller.

To summarise, they are both up for new contracts next year, and they are both want the same thing – the works Ducati ride alongside Andrea Dovizioso. At the moment, Petrucci has that seat after about a million years riding second-hand and satellite Ducatis, while Miller is riding for the Pramac satellite team. However, he is on a current factory bike, the same as that ridden by Dovizioso and Petrucci, this being part of Ducati’s strategy of having a third factory bike on the grid to accumulate more data and having a bike as a guinea pig for new parts.

While Miller is on a factory bike, let’s keep in mind that he is not in a factory team, and does not have the expertise of the factory technicians nor the ear of the factory itself. There is certainly a difference, made apparent by the contrast in results between Petrucci this year and Petrucci last year when he was on the Pramac factory bike. Previously, Petrucci suffered from the rear tyre overheating, with his extra weight and riding style warming the back tyre up to 20% more than Dovizioso, causing him severe issues towards the end of the race.

This is something Petrucci and his team struggled to overcome last year, and this year we seeing Petrucci coming on strong at the end of the race with a better setup. That’s the factory team difference. 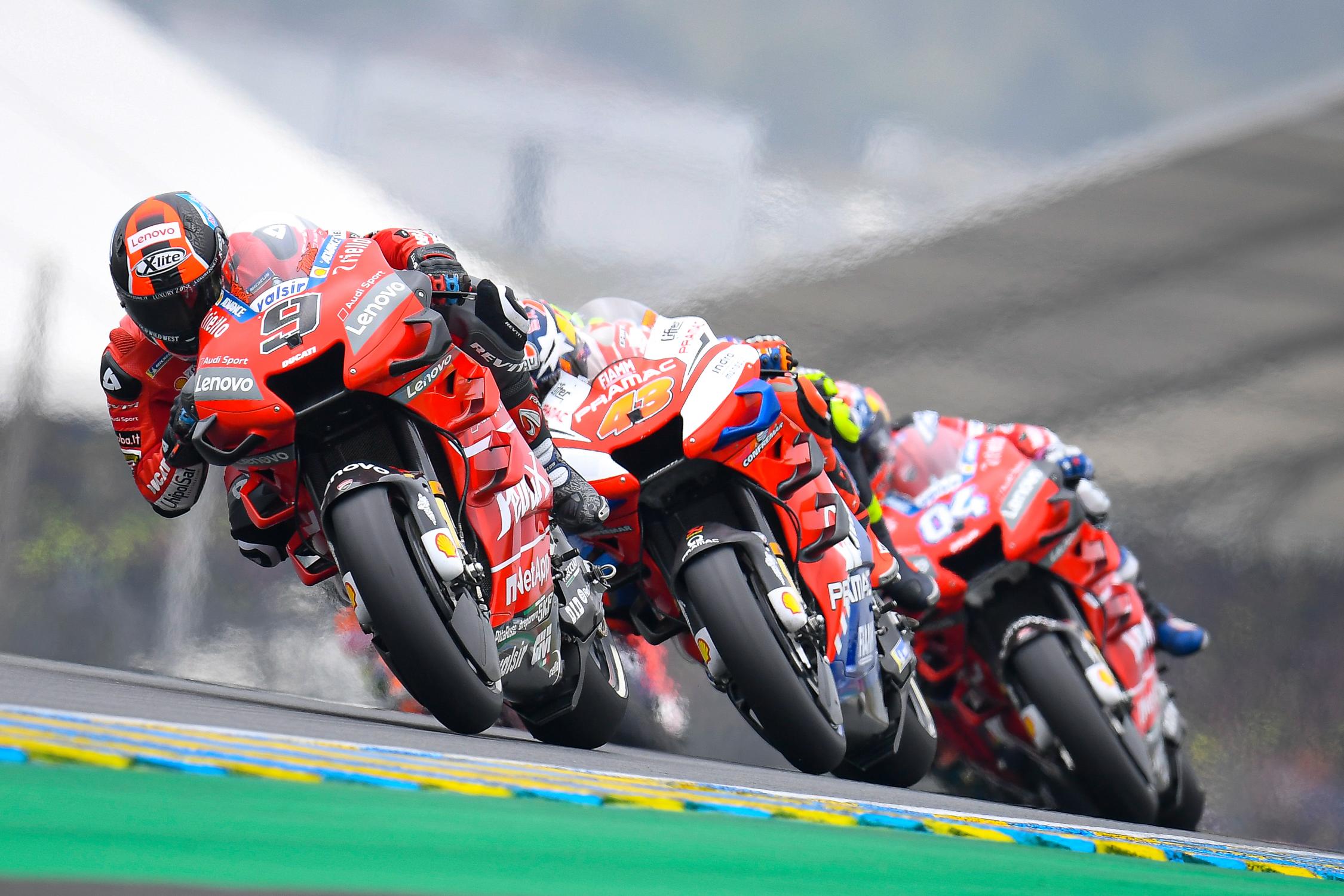 Miller, so far, has shown a hugely steady pace on the factory bike. Despite two DNFs – one where his seat broke in Qatar and one oopsie in Jerez – he is only one place behind Petrucci in the championship, and has beaten Petrucci in two of the three races he has finished. In the one race where Petrucci did oust him – this last race in Le Mans – Miller was directly behind the Italian when they crossed the finish line.

With this said, I believe that, so far, the Australian will be sat upon the factory seat next year. He has so far been mixing with the two factory riders despite the deficit in technicians and funding. Imagine what he could do next year on the full red bike?

But there is more to this prediction than just Miller’s early-season pace. Let’s also factor in the Dorna influence – they own both MotoGP and World Superbikes, and part of their strategy to attract global audiences is to offer financial incentives to teams to take a certain rider from a certain country. And so, think about this – imagine the number of Australians tuning into their tellies to watch Miller on a factory Ducati running up front and dicing for wins. Phillip Island will see so much crowd turn up that they will be spilling into the ocean, and Dorna will be raking in the extra funds.

In contrast, even if Petrucci starts upping his pace – and while I like Petrucci and wish him the best, this does seem very unlikely – all that will happen to the Italian crowds is that some will change flags. The attendance, on the other hand, won’t change much.

So Miller in a factory team will light a fire under Dorna’s ass, but does this mean they have no interest in Petrucci? To the contrary, he could play a pivotal role in the commercial success of Dorna but not in MotoGP. 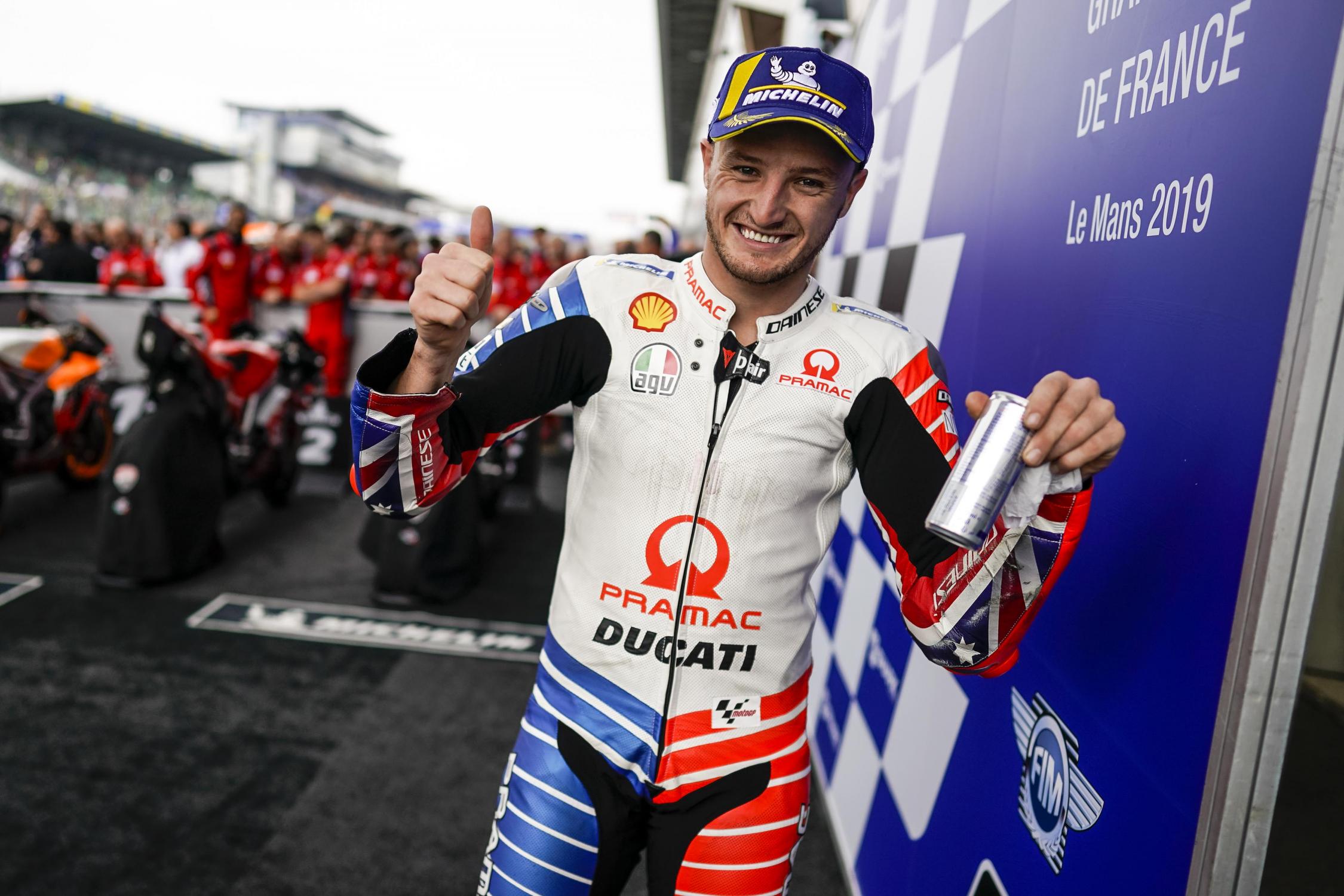 World Superbikes has seen a newfound interest from fans thanks to Bautista and Ducati. No longer is Rea dominating the series leading to formal, same-old interviews following same-old races. To make it more interesting, Rea ended Bautista’s winning streak at Imola, meaning this year could be even more exciting than we first thought.

Now imagine if, next year, Petrucci was on the other Ducati Panigale V4R. Chaz Davies, who currently holds that spot, is a lovely bloke and has done some good things, but he has consistently not quite taken the fight to Rea nor, so far, his teammate. Petrucci’s ability as a rider should be similar to Bautista’s and should put up a similar performance. And, more so, while he is just another – albeit furrier – face in MotoGP, the amiable Italian would be a superstar in World Superbike.

It would be mean sold out tickets at the Imola and Misano WSBK rounds, and even more global interest in the series. MotoGP will still be good, with or without Petrucci, but WSBK would be fantastic with some Italian woodland creature.

I kinda hope that happens.

Previous Post Motul SA Announces New Distribution Partnership with Bikewise
Next Post Performance Technic Tip: Everything you should know about your jacket and trousers