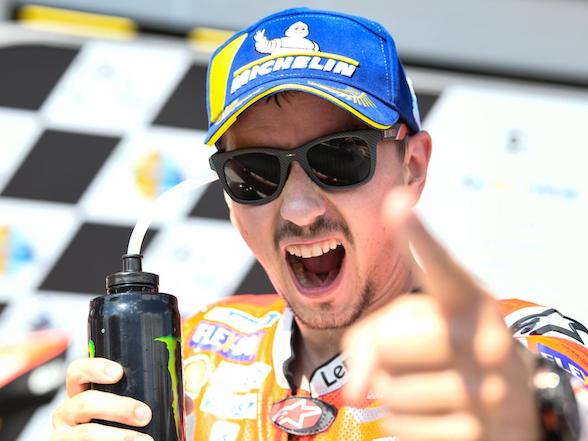 Lorenzo is cocky and arrogant. And therefore will win.

Story: Donovan Fourie
Years ago, when my ID book was nearly new and I had even less brain cells than I do now, I was sitting on the pit wall at Midvaal Raceway – an unglamorous yet good fun track south of Johannesburg – with a friend of mine called Hudson Kennaugh. At that stage he was quite a racing legend in the Natal province (now called Kwazulu Natal) having won multiple 50cc and 125cc provincial titles on their tracks that were either go-cart circuits or parking lots with tyres laid down.

Hudson was a properly cocksure person, and many people referred to him as arrogant, but I rather liked the old bugger. He said things as he saw them, which was refreshing. We were sitting on the wall chatting, awaiting our next practice session, when he suddenly turned to me and said: “You know, I don’t want to sound arrogant, but I really think I am the best rider in South Africa.”

There was no humour in his tone, just downright sincerity. I nodded amiably and we carried on chatting. Now, to most people this comment, despite its assurances, sounds as bloody arrogant as it gets, and this is compounded by the fact that he had not yet competed in a single national event, nor won anything significant out of Natal, but he genuinely believed it. No, he knew it! He was the best rider in the country and the country would soon see it.

This attitude to life and his outspoken honesty about it did not endure him to a lot of people, but a few years later he earned himself a Suzuki works ride in the South African Superbike Championship and that year he won 17 out of 20 heats and, obviously, the championship. The following year he won the international Suzuki GSXR Cup and a while later he won a British Superstock Championship.

While Hudson’s attitude may seem arrogant and cocky, and in many ways it is, it’s worth remembering that this is an attitude vital to become a racing champion. You might tell me about how you know someone who is a champion and about how that person isn’t at all cocky and arrogant like Hudson, but you’d be wrong. The only difference between this person and Hudson is that Hudson is more outspoken about it. While gentle and friendly in his manner, in your friend’s mind he is thinking “I can take all of these wankers!”

If you don’t believe with all your soul that you are the best rider, you will not win. It’s simple as that. 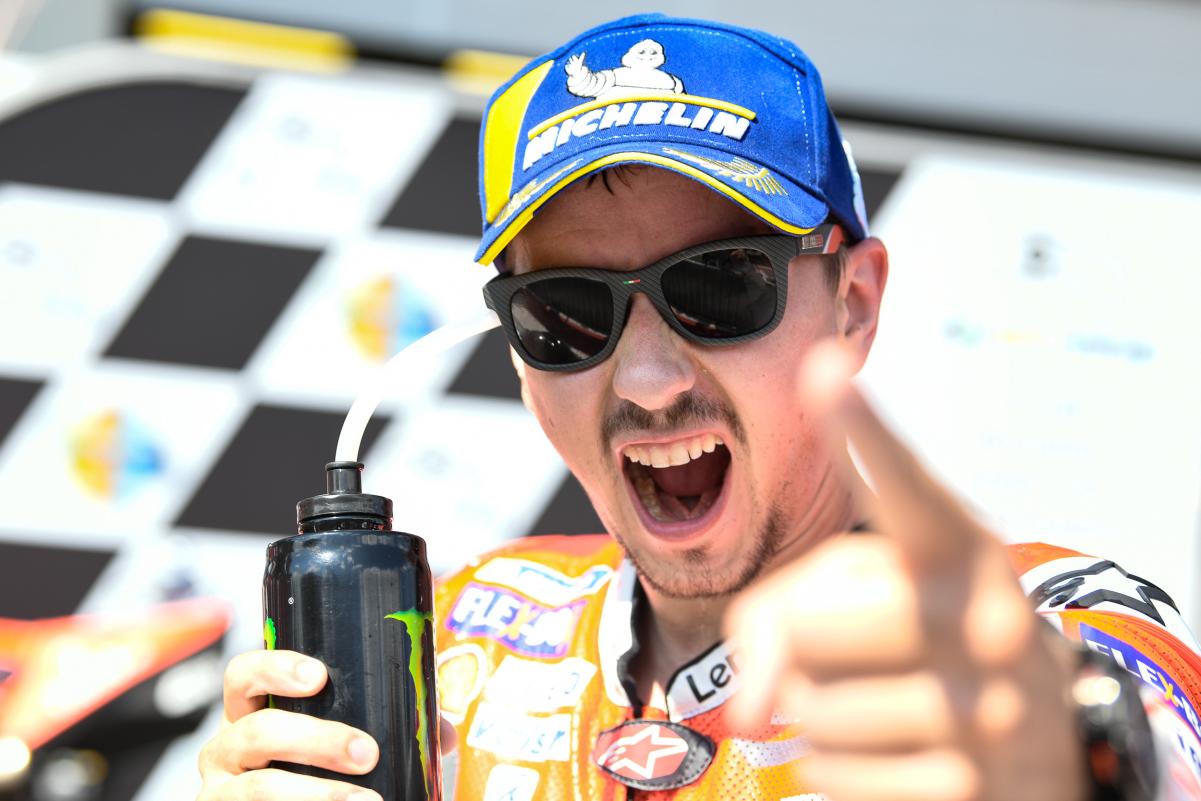 This leads us on to the most arrogant and cocky collection of individuals in the world – the MotoGP grid, and after this weekend we can be assured of who the most arrogant and cocky rider of them all is – Jorge Lorenzo. Now, many people might have assumed this by the things he occasionally says, the way he sometimes acts and by his self-worshipping social media accounts. This lines him up for much ridicule, especially from the likes of the popular Dear George articles, but this is not the true tell of how arrogant and cocky he really is.

To see the truth of it, you have to look on track. He moved to Ducati because he believed he could win with them, and nothing was going to stand in his way. While his team mate was dicing for the title last year, he was mucking about with the satellite riders, but he still knew he could win. His lack of progress and subsequent outbursts in the pits caused quite a stir from sceptics, with much ridicule pointed in his direction, but famously he used this to further fuel is cockiness and arrogance – Peasants! They will see! 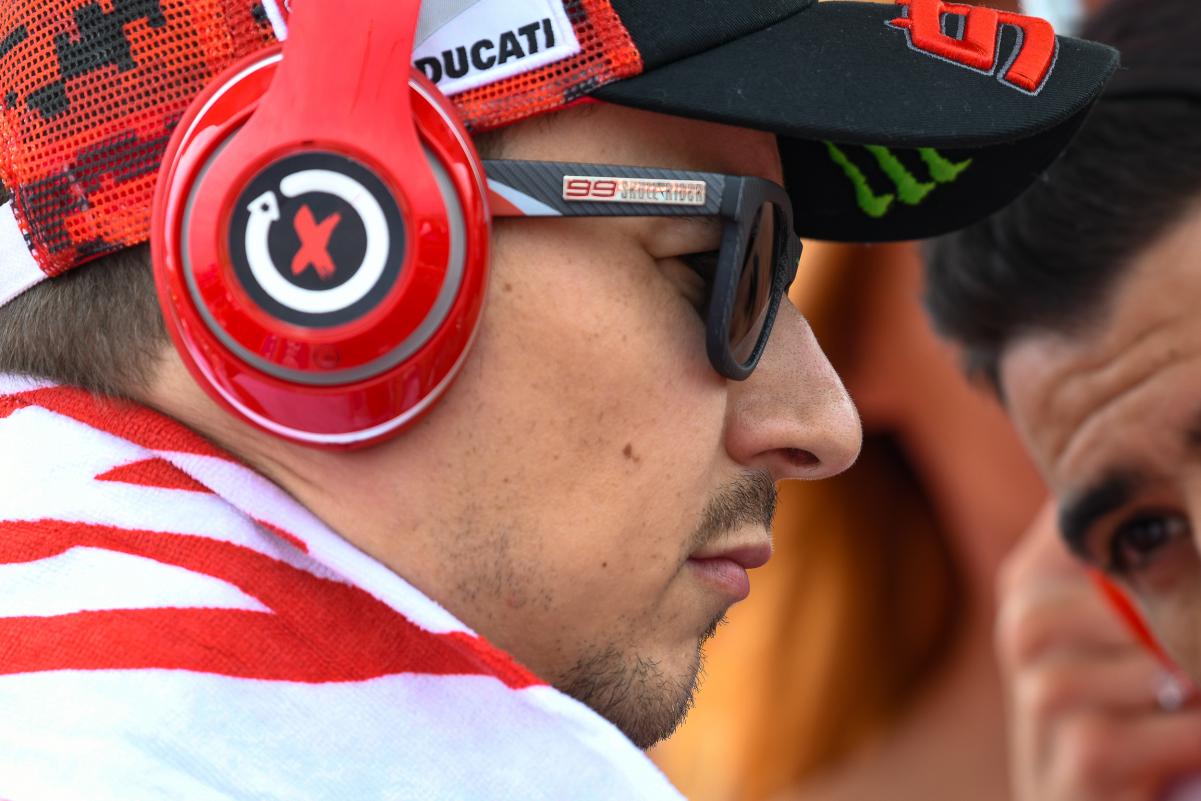 He changed his style, he changed his method and he slowly changed the bike, until he had something he could truly work with. Now, the Lorenzo that previously thrived on blasting off into the distance on his silky smooth Yamaha, and staying out of any kind of scuffle with other riders, is dive-bombing the most aggressive rider in the world on a bike everyone said he would never be able to ride.

This is all because he knows that he is the best rider in the world. It’s embedded on his core, and the world is going to see it. 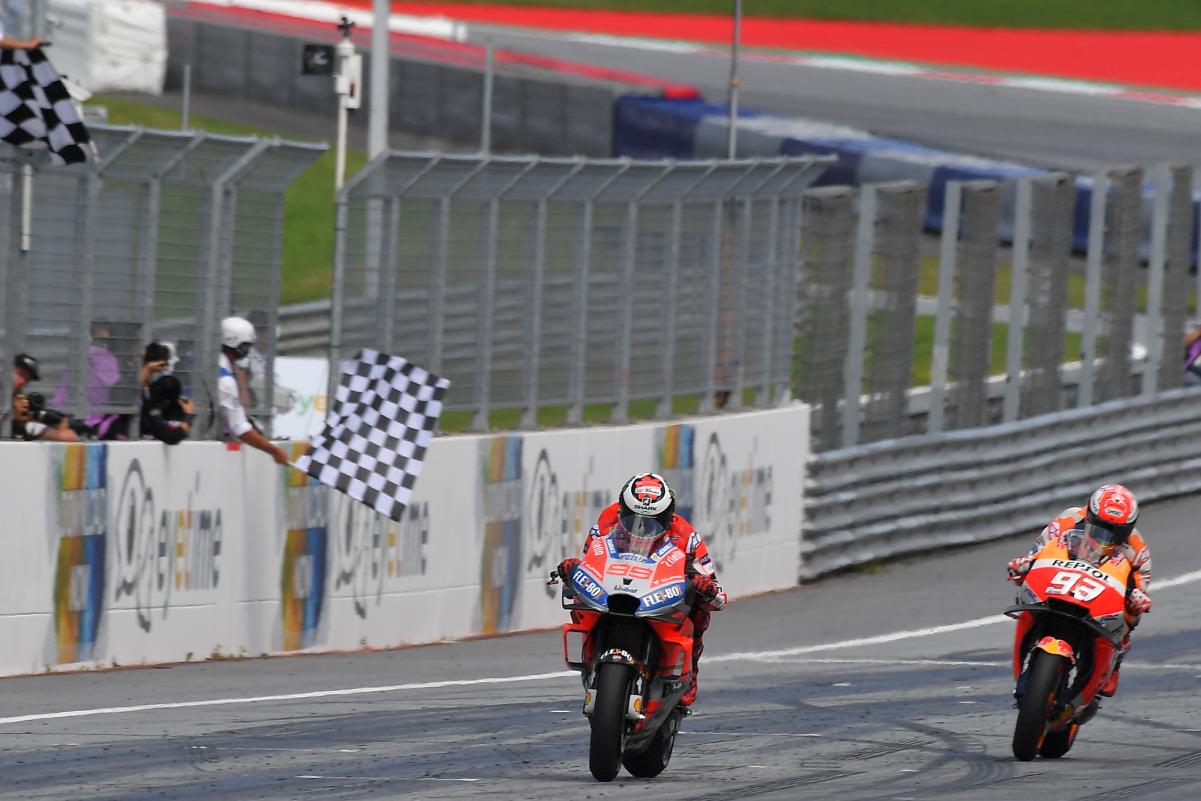 And soon he goes to Honda. This is the next step in his cocky and arrogant plan. How do you prove to the world how good you really are? Well, you go up against the rider already crowned by many as the best the world has ever seen, and you not only beat him, but beat him on his own motorcycle. Can you imagine that? He will go down in MotoGP legend.

I am guilty of previously believing that he can’t do it, that he will not be able to adapt to the unique style of the Honda, but as we have already seen on the Ducati, Lorenzo’s cocksureness is making him do anything it takes. It will not be easy – there will be tantrums, there will be some shouting in the pits, there will be conflict with his team mate, there will be a lot of harsh words spoken in press conferences and Dear George is going to have some crackers.

But, you know what? He will very likely do it, and I kinda hope he does.