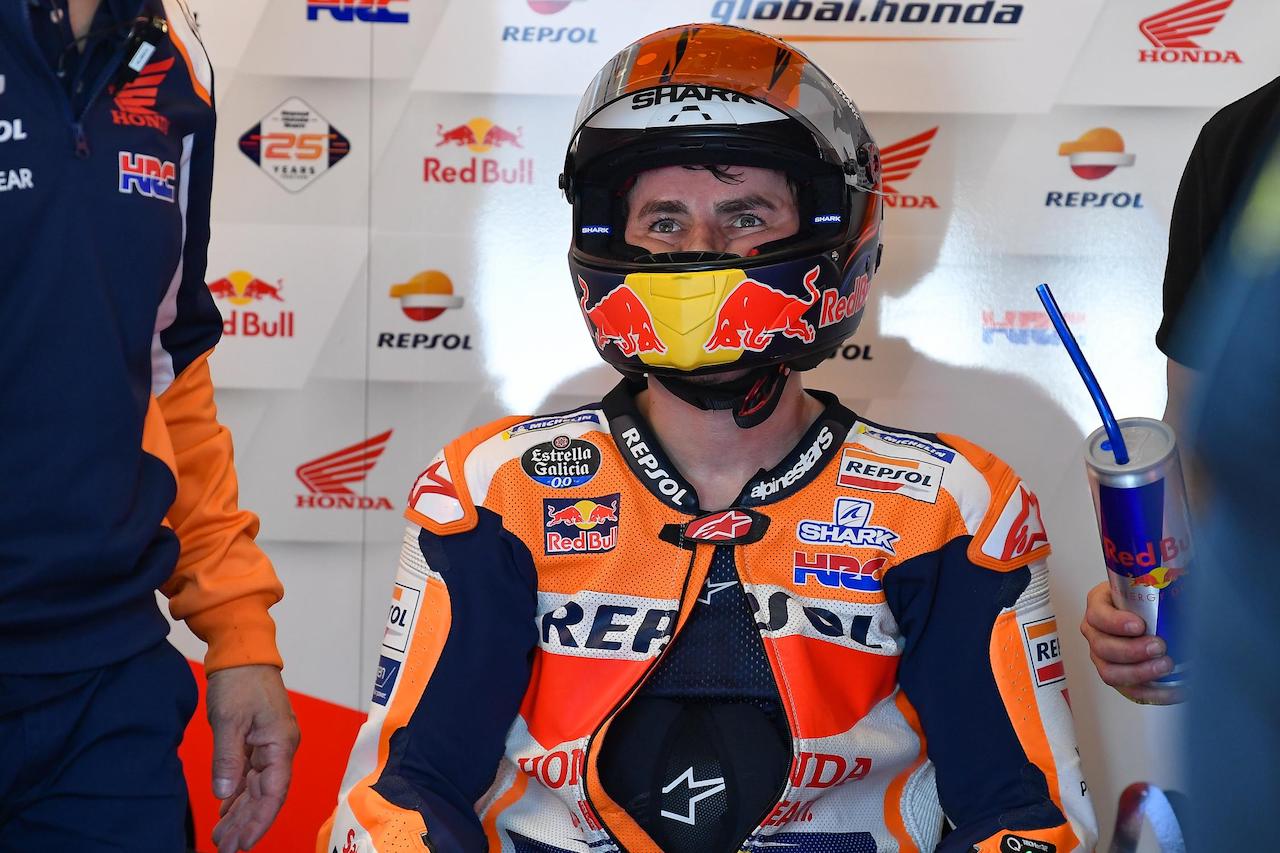 Story: Donovan Fourie
Jorge Lorenzo has been getting a lot of flack recently after his sixth abysmal showing since he moved to the Repsol Honda MotoGP team at the beginning of this year. At Mugello, he finished in 13th place, some 20 seconds behind winner Danilo Petrucci, a similar result to what he has achieved all year with no big improvements.

There are various theories around social media and other couch pundits about why Lorenzo is unable to succeed on the Honda where Marquez can, and most of them seem to be down to the Honda being difficult to ride, and able to be mastered only by Marquez’s genius. Lorenzo, on the other hand, doesn’t have the Marquez brilliance, and therefore is failing on this flawed machine.

That’s what is being written, especially by people with ant graphics on their clothing and red flags, but I fear that this could be a little unfair on Lorenzo.

Yes, Marquez is good. Yes, he has done things no one else has done. However, I’m not convinced that it’s the bike that’s bad and it’s solely his genius that is overcoming it. People tend to believe that if one rider can win on a bike then that bike must be good or, on the other hand, if only one rider can win on a bike, then the bike is terrible and that rider is brilliant. Very often this is true, but not always. 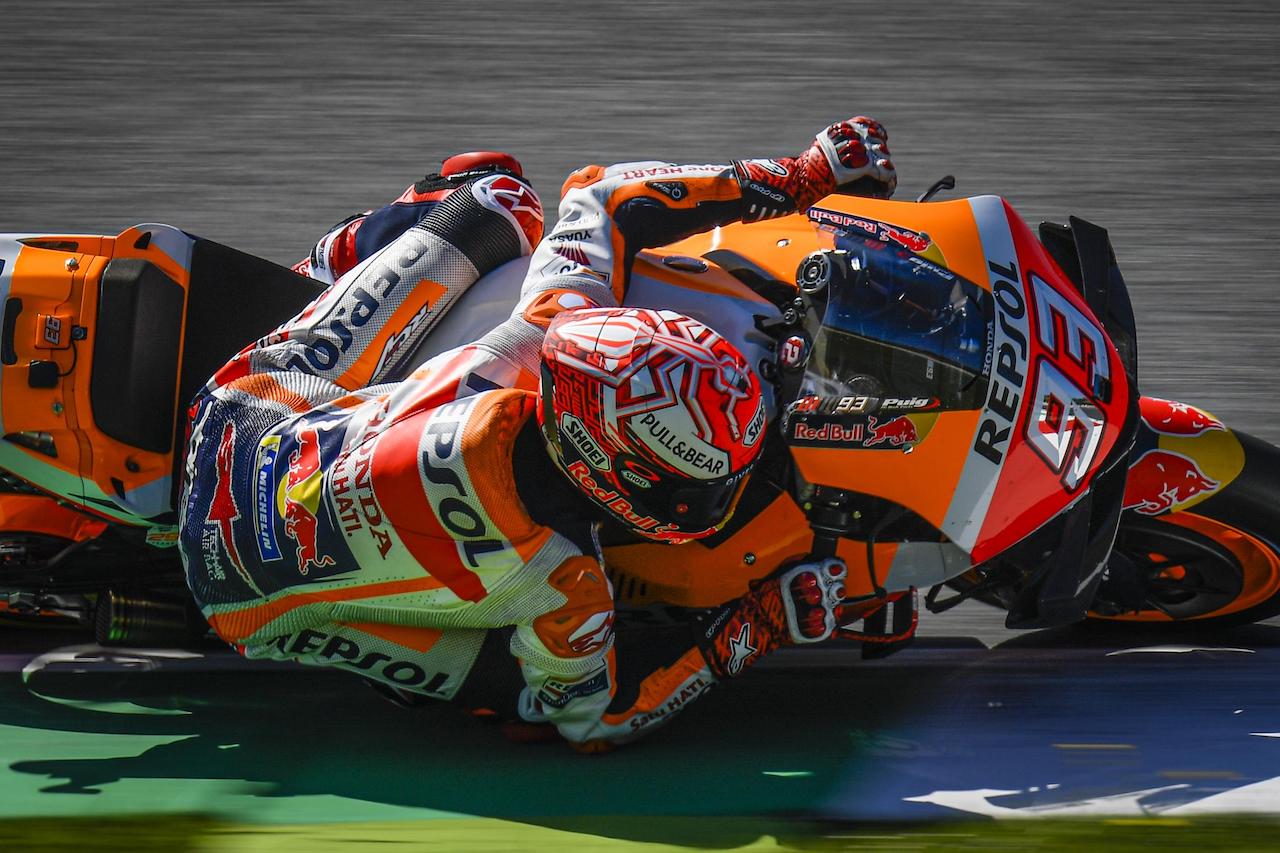 In 2004, which for millennials was a little after dinosaurs roamed the earth, I was riding in the South African National Superbike Championship aboard a Suzuki GSXR1000. I was not bad – yeah, I never challenged for a win, and I never stood on the podium, but I could nab the occasional top ten and I was a regular points finisher, which is more than 99.999% of riders can say. At least, that’s what I tell myself every night before I go to sleep.

That year, Hudson Kennaugh was walking the championship. He had won every race so far, usually by a gap of more than the pit straight, and was showing such form that the big race that year was always for a distant second place. Like me, he was also on a Suzuki, except riding for the works team whereas I was in a satellite outfit.

During a round Kyalami, we were busy with the practice day when our team manager, a gentleman who owned the Suzuki dealer that was sponsoring our team, came rushing into our pit excitedly – he had just spoken to Hudson’s mechanic and he was happy to share his bike’s settings with us! To hammer his point home, he triumphantly flourished a copy of the hallowed setup sheet.

For that season, I was working with a young but competent mechanic named Gerald. We were more than halfway into the championship and we had been methodically working on my bike’s setup for months. At that stage, we had found a happy place where I was confident everywhere and felt that it was more me lacking than the motorcycle. Naturally, we were a little dubious about straying from our long tried and tested path, but the team manager insisted. After all, he had stemmed from an era when bike setup was checking that the fuel tank was full and pumping air into the tyre until it felt hard. By his logic, if this setup worked for Kennaugh, it must be good.

Gerald took a look at the setup sheet, one that was quizzical at first but slowly morphed into a horrific stare. Twenty minutes later, my bike was stripped completely; the sprockets were both off, the chain was having links removed to shorten the wheelbase, the rear shock and forks were out and sent to the suspension truck for a complete makeover and a laptop was plugged in to completely remodel the fuel mapping.

“You have saved our original setup sheet, right?” I whispered to Gerald out the corner of my mouth.

After much difficulty and a good few expletives from Gerald, my bike was back together for the next session, thus I dutifully leathered up and climbed aboard . . . and immediately it felt wrong. The rear of the bike had been jacked up and the front lowered, meaning the default seating position left me with my face up against the front tyre, a vast difference to my usual, lowered stance.

Nonetheless, Kennaugh can do it with this, it must work.

Five laps later I pulled back into the pits, and what I mean by that is I pulled into pitlane, rode down it and turn into the pits. I was four a seconds lap slower, I was exhausted, I was traumatised and I couldn’t ride this bloody thing.

The way Hudson does a lap is very different from the way I do it. First off, he uses only up to fourth gear, meaning he clicks into fourth before braking at the end of the straight. That is not so bad, but it also means that he crashes into first gear through the slower corners. For people that have never clunked into first before going into a corner, there’s a huge gap between second and first, and the back wheel protests violently as you let go of the clutch.

However, this isn’t anything new because, with the high back-end and short wheelbase, the back wheel already had an assortment of problems to deal with. The moment you breathe on the brakes the back wheel lifts, wobbles and slides, making a wholehearted attempt at overtaking the front wheel. Turning, therefore, becomes difficult unless you come very close to stopping. However, when you do finally manage to tip into any sort of lean angle, the bike will dip quickly to about 50º and then refuse to lean any more, so the front starts pushing and the apex you were aiming for can be seen somewhere a little over the horizon.

Finally, the blasted thing starts facing vaguely towards the exit of the corner, so you roll on some more throttle and the back wheel spins and snaps sideways – not the gentle drifting slides that I’ve come to enjoy and love, but kicks out. Your automated reaction is to close the throttle, causing the bike to highside and lifts you out of the seat.

Once you get out of the corner, panting and fearing for your life, you open the throttle to begin the simple task of accelerating down the straight when the front starts shaking and weaving the whole way down the straight because the wheelbase is short and the steering is too sharp.

I gave it a go but after just five laps, I decided that we were wasting our time. Our team manager was nonplussed; this is Hudson’s setup, the guy who is winning by miles and this setup is the result of weeks of experimentation and testing with some of the best technical minds this country, possibly the world, can offer. How can I not like it?

When you watch how Hudson rode compared to me, you begin to understand. He grew up in KwaZulu Natal, a province that was bereft of any bespoke racetracks, and thus they made do with public roads, parking lots, bus depots and even a drive-in movie cinema. He learned to ride on tracks that were tight, bumpy and covered in various fluids, both automotive and bodily. Because of this, he’s not sure what the handlebars are for, and does all his steering with the back wheel, locking it up sideways into every corner, stopping in mid-turn, pointing it towards the exit and then whacking open the throttle leaving everyone behind him in a cloud of tyre smoke. It was exciting, thrilling and spectacular. And he was brilliant at it.

My style, in contrast, was silky smooth and, by all rights, boring as hell. I grew up in Jo’burg where we have a choice of various international circuits, like Kyalami, Phakisa, Zwartkops and even, in those days, Midvaal. I also grew up racing these tracks on little two-stroke race bikes that required silky smooth styles and a wheels-in-line riding carrying as much speed through the corners as possible.

Some people might suggest that I didn’t give his setup enough time, and that I should’ve adapted my style to suit his. This sounds easy when you say it but his style was so far removed from mine that, quite frankly, I stood more chance of adapting to Olympic figure skating.

My insistence that Hudson’s bike was unrideable was further confirmed when I asked his teammate, Trevor Crookes, who was often in the running for second place. “No, bud,” he said with his head shaking and his hands up in the air. “I don’t know how Hudson rides that bike.”

That is the result of bike setup – imagine Hudson was the driving force behind developing an entire motorcycle, and the entire bike is built based on his feedback. Hudson would haul on that bike, but I could ride it for years, trying every type of setup possible, and I will never come right with it. It would be hopeless. 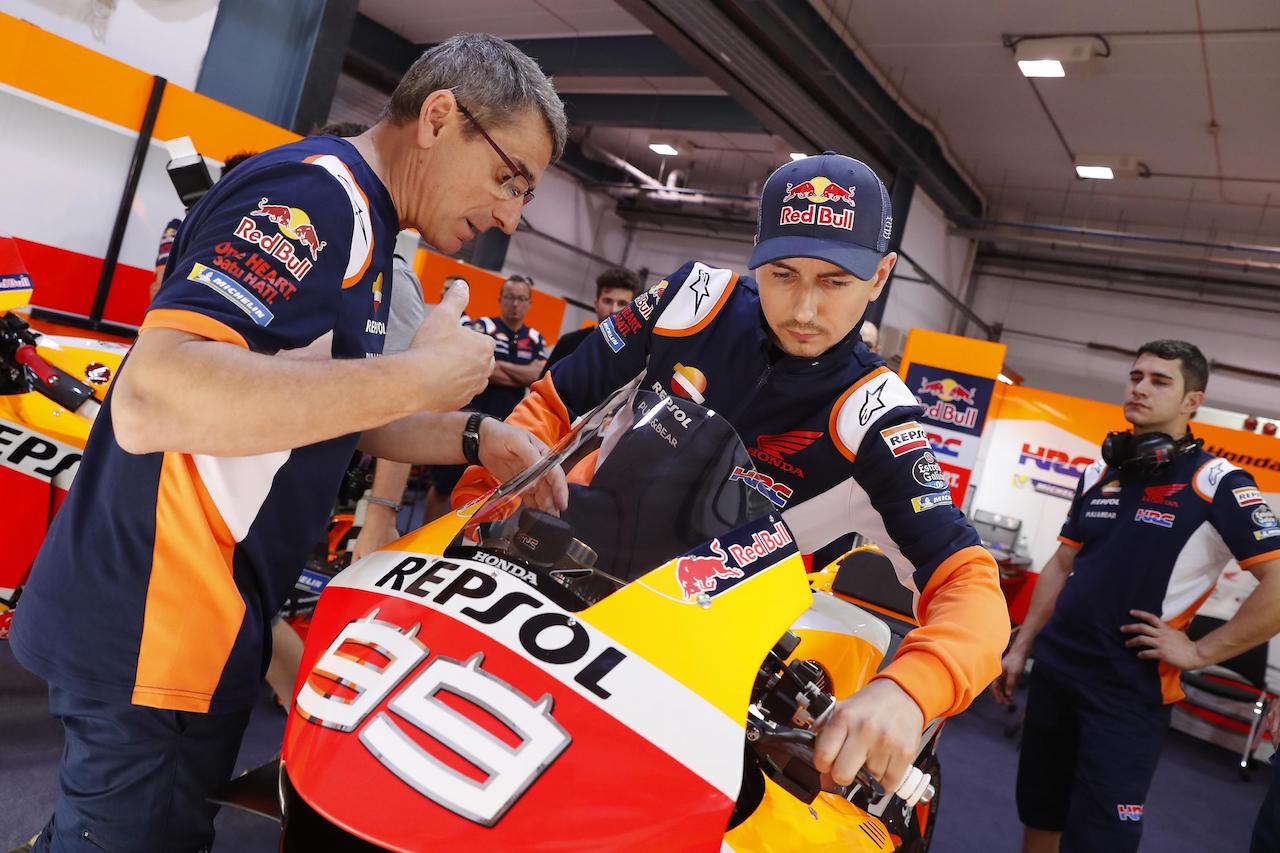 I’m not sure of what is actually going on behind the scenes at Honda – maybe Lorenzo has simply had all the confidence knocked out of him thanks to his crashes on the Ducati last year, and maybe Honda have just done their own thing and Marquez is simply dealing with it better than anyone else, but in that case it is quite lucky for Marquez that Honda has built a bike that, coincidentally, has to be ridden in much the same way he rides anyway.

Lorenzo has been in Japan at the HRC headquarters where the factory engineers re-evaluated his seating position on the bike and the fairing he uses. Some couch pundits have scoffed at this, and yet Ducati cured all his problems by simply adding an extra piece of fairing to the tank – the ability to grip the bike, be comfortable on the bike and be in the right position when going around a corner is essential. More than 70% of handling problems are caused by the rider, usually when said rider is not comfortable or unable to grip with the legs leaving the arms free and relaxed.

The rider also makes up nearly 30% of the total weight of the bike plus the rider, and where that weight is positioned while going around a corner is vital.

On a personal note, I hope Lorenzo finds his magical fuel tank on the Honda and comes right. If he does, we all know he will be able to stick it to Marquez and the other riders. However, if his current experience is anything like mine when riding Hudson’s bike, then it may never happen. Marquez is winning, and it’s unlikely that Honda is going to be willing to make any big changes to the bike that might endanger the Marquez domination.