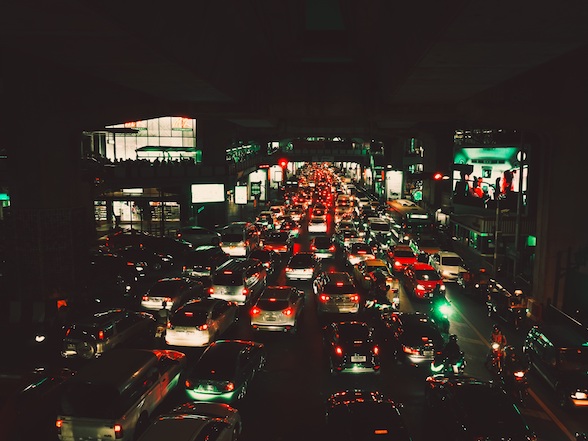 Donovan Fourie blog: Why oh why oh why would you take a car?

Nitro Circus is a joy on its own. It’s even more of a joy when you ride there on a Ducati Multistrada 950 and a Ducati Scrambler Desert Sled, avoiding the madness of event traffic. Why would anyone take a car?

South Africa was again graced with the glory that is Nitro Circus Live. For anyone who has even a glimmer of the inner child left, this is the most spectacular news in the history of the world ever. A group of the most talented extreme sportsman performing their art on a ridiculously huge jumps specially built in a stadium to be right before your very eyes. Basically, it’s a bunch of nutters doing stupid stuff for our entertainment.

What could be better?

When the gang was last here in 2014, the Jo’burg show was the biggest in Nitro Circus history. Think about that for a moment – our little country at the bottom of Africa outsold all the ‘merican shows, all the Brits, all the Euros and Australia. I’m feeling rather chuffed about us. They also said that the Jo’burg 2014 show was the one they enjoyed the most, although I suspect they say that at every show.

With tickets purchased, Harry and I (Mat had bought another new Playstation game and had locked himself in his basement) found ourselves with a small logistical problem – no way of getting there. Usually we have a small fleet of road tests bikes sitting in our garages awaiting our critique, but the September/October period is usually a dry spell for us as all the new models have been well and truly launched, and we await the torrent of new models that begins at the end of the year. This meant that we had nothing in our garage but – brace yourselves for this – a car!

Like hell! Thousands of people traveling from locations all over Gauteng to accumulate on the geographical pin head that is the FNB Stadium? Can you imagine it?

Something had to be done, thus we phoned Ducati, because everyone likes the odd free Ducati, and chatted to the sales manager; a delightful fellow named Ewald.

“Howzit Ewald, we need to ask you a favour – Nitro Circus is on this weekend, and we find ourselves with the predicament of having no bikes to ride there. I know we have already tested all your bikes, but would it be possible to borrow two? We will tell everyone how nice they are and to especially phone a nice guy name Ewald when they want to buy one.”

After a good natured chuckle, he told us he will phone us back in a couple of minutes with confirmation.

He phoned back in 49 seconds. I counted.

We collected two bikes from their shop in Randburg that afternoon. Harry has always been fond of the Scrambler Desert Sled, while the only Ducati I had never ridden was the 950 Multistrada, so I set off on that.

What is there to expect from the Multi 950? It’s like a Multi 1200, but less powerful, less big and less capable off-road, assumedly. Although fondness bordering infatuation stemmed the moment I sat in that seat and pulled off. The riding position is perfect. No, really, it’s as if they took every study ever made about the human anatomy and its natural form, pushed it all into a computer and it spat out the design for the human body’s happy place.

If I could figure out how to mount a fold-away tv, microwave oven and wifi router onto that bike, I would be quite happy to never leave that seat again.

The engine is what you would expect – the joyous rumble of a V-twin matched with power that is both torquey and exciting but not overwhelming. There’s the usual Ducati electrickery that has never disappointed anyone so far, but they are teamed with handlebar switches at do what they say on the sign. Instead of a bunch of arrows and complicated mouse pads that activate 700 digital menus, there are straightforward switches that do jobs. They might not look as snazzy as their techno brethren, but they are refreshingly simple.

That evening, with our tickets secured in an extra-velcroed pocket, we set off for Nitro Circus. It’s not a far ride from my spot in Randburg – 15 minutes or so when un-thwarted by stationary vehicles. There’s a quick blast down the N1 before taking the FNB turn-off.

What’s fun on the Multi is the one-handed adjustable screen. While riding, insert your hand into the area just above the dash, pull a little handle and lift the screen. Then open your visor because wind on your face is now a thing of the past.

Already at the turn-off, that’s still a few kays from the venue, there was a queue of poor souls in their cars practicing masochism as a kilometre line of stationary red tail lights dominated their immediate future.

Obviously the bike just went around all of it. And the subsequent queues leading up to the stadium. This is where things became trickier. Traffic was being directed into a parking lot some distance before the stadium, where people had to park their cars among the thousands of others, get out and walk.

Do you remember walking? You might have learnt about it at school. It was that thing cavemen did before they invented the wheel. It’s similar to that thing we do to get to our motorbikes, although that’s more of a saunter.

We didn’t want to be reduced to walking thus we attempted to break through the traffic barricades. As the late Sir Terry Pratchett said, if you look like you’re supposed to be somewhere, people presume that you are.

With that stirring our souls, we rode confidently up to the barricade, gave the guy manning it a wave, and in the confusion, he let us through.

There was yet more traffic leading into the stadium that we again dodged. The Scrambler Desert Sled, especially with 12-foot Harry Fisher on board, is tiny and can duck and dive between wayward cars effortlessly. The Multi, despite being the little brother in the Multi range, is still a sizeable motorcycle, but a seat height 840mm combined with a relatively slender seat means that the ground is never a far stretch away.

Two more gates appeared manned by security guards. Ride confidently. Wave. Go thorough. Ride confidently. Wave. Go through. A short while later, we were parking our bikes on the pavement outside our designated entrance gate. The total journey was estimated to be an hour shorter than if we’d attempted the car route. We were chipper, we were chuffed and now we were going to enjoy Nitro Circus.

Until the security guard told us we weren’t allowed to take our helmets into the venue.

There will be murder…