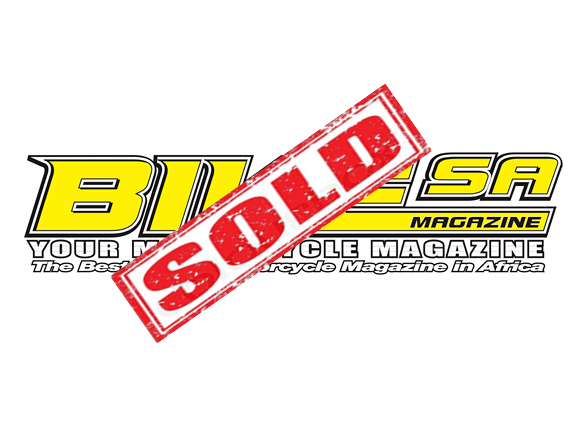 Being closed, then sold, then me unemployed. Not that I ever had a real job.

There has been much confusion and curiosity around Bike SA magazine over the last few months. At first it was announced that it would stop printing, and then it was printing again, and now there are new people listed next to the contents page. This does sound confusing, so let’s get to it.

It’s true, the magazine was going to stop printing. There was even an announcement on Facebook. The problem was not the lack of people buying the magazine – indeed Bike SA has remained the top selling bike magazine in the country, selling three times more than the next biggest.

But a magazine needs more than just sales to survive. In fact, the money from mag sales received by the publisher (after retailers and distributors have removed their share) doesn’t even pay the print bill (and Bike SA had a big one – it had to be printed on a R200 million machine that can shoot out five tons of printed paper an hour). The rest is covered by advertising, with hopefully a bit left to feed our dogs and put petrol in our bikes.

The problem is this – advertisers were very keen to place ads and were convinced of the value, but placing an ad, especially an ad in a magazine of Bike SA’s size, costs money. People in the motorcycle industry currently don’t have any of that. At least, not enough to prop up a magazine with Bike SA’s ever bulging print bill.

With this pattern becoming ever more apparent, we decided to do the honorable thing and stop before we got into a dire situation that required talking to bouncers or, worse, lawyers.

Then we sat down to ponder a surreal existence of no deadlines, no chasing advertisers and no following up on stories. And then we received a phone call.

It seems that our Facebook notice had triggered actions we had certainly not expected; there is a fellow named Kyle Richardson who had been in charge of our graphic design and other things we didn’t understand at Bike SA for many years. On deadline, for three days each month, he would take up station at the Bike SA offices putting the mag together, and for the rest of his month he worked for his mother – a charming lady named Diana – who has her own publishing company. Apparently, Kyle’s three days of moving pictures of motorcycles around a screen were going to be dearly missed

He approached mother dearest with the proposition of buying the now discontinued Bike SA, a proposition she liked. After all, they already knew how to publish magazines, and economies of scale suggest that with their other established titles they should better be able to absorb many of the costs that we couldn’t while running a single title.

So this phone call happened. Diana and her ever supportive better half, a gentleman named George Portman who already knows the motorcycle industry well having been head of the motorcycling division of Motorsport South Africa for many years, met with us and a week later Bike SA had a new owner.

While the announcement that Bike SA is to continue is all warm, and teary, and heartwarming, it did leave me with a quandary – what the hell do I do now? The original idea was to become a lone writer with the old Bike SA website and attempt to do some scribing with the hope that I could afford the odd morsel of food. Perhaps also find other jobs? Maybe other people needed writing done? Could i still do that silly television show thing with Mat and Harry? Let’s ask them.

While my quandary unfolded, Mat had very inconveniently disappeared for a holiday out of the country for three weeks, so I had some reflection time before I could sit down and chat with the two of them. By that time my imagination had decided that the Bike SA site could become some sort of mega-warp-thunder-dynamo-gigabot site that would conquer the world. We all know this wouldn’t have happened – it most probably would have just ended up being some sort of overdressed Donovan Fourie blog, and nobody wants to see that.

So here we are. I am now a full time member of The Bike Show’s ever expanding empire. I would describe this as my new job but, like Bike SA, it isn’t really a job, is it? What it is is a chance to do stories and videos, as many as we like, without delays, and without having to cull innocent words and pictures because there isn’t enough space for them.

This should be good fun.