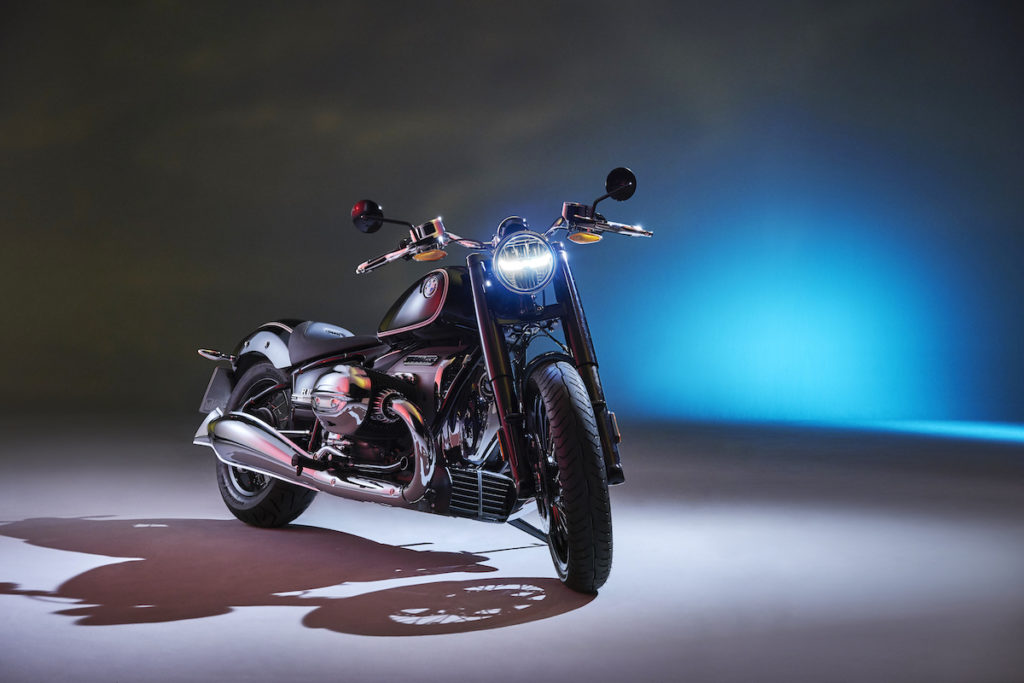 BMW began manufacturing motorcycles in 1923, not long after the world got a little peeved at them building globe-dominating warplane motors and said no. From the beginning, they cottoned on to the idea that motorcycles need big, arched fenders, steel-tubing frames, boxer motors and the colour black, a concept they stuck with for 50 years.

It’s strange then that during this modern craze of revisiting company heritage – with some companies even, for the sake of marketing, making up heritages they’ve never had – BMW has not returned to this small, half a century phase of their existence.

Better late than never – BMW has finely pulled the veil off their R18, a motorcycle that introduces the Bavarian brand to the cruiser segment while completely winning the game of Heritage Top Trumps.

The R18 harks back to the 1936 BMW R5, a racing marvel at the time featuring such goods as BMW’s first-ever foot-operated gear lever, doing away with the miserable and frankly dangerous hand-shifter still used by most cars today.

The R18 might not follow its predecessor in the racing circles but will go down as a marvel nonetheless; firstly, because it is BMW’s first true cruiser. While this might be true, it is forced to stay clear of the ordinarily compulsory forward footpegs, opting instead for the “mid-stance” footing based on the fact that there’s far too much engine in the way for anything else.

It will be known for that motor – they use the term “good vibrations” and no doubt there will be cross-eyeing from that 1,802cc air-cooled boxer mill. The press release states that it is the most powerful twin-cylindered boxer motor ever bolted to a motorcycle. Although, we have to assume there is some poetic licence shoved in there because they then quote a maximum power output of 91hp at 4750rpm, some 44hp down on the 1250 boxers. What they also say is that it pushes more than 150Nm of torque between 2,000 and 4,000rpm and that’s mega.

Powerful? Not really. Able to tilt the planet off its axis? Quite possibly. 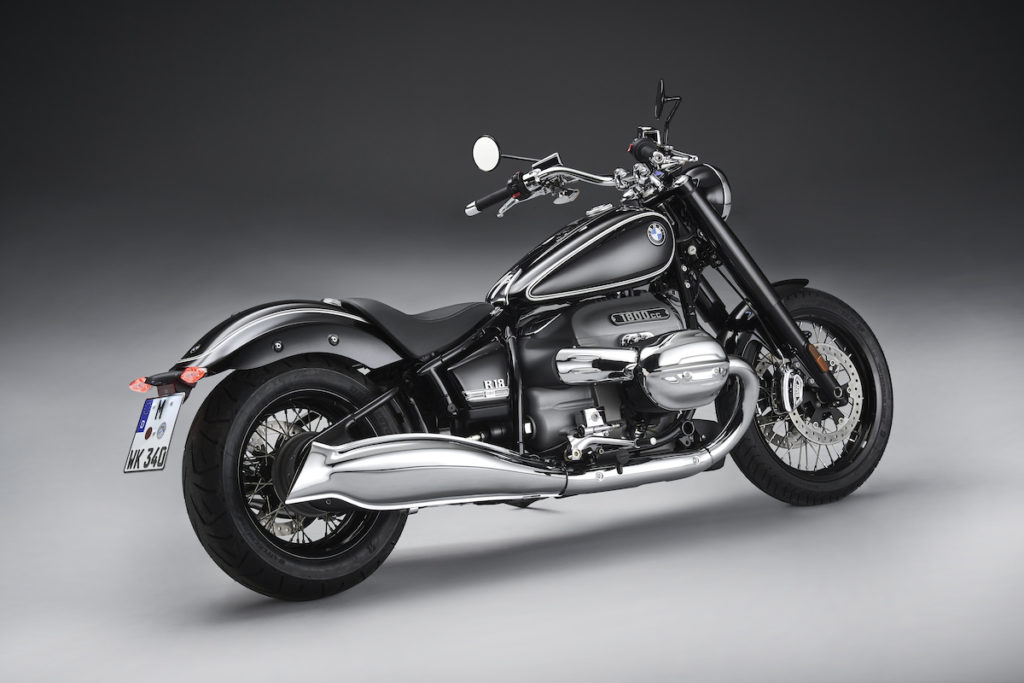 BMW has put a considerable effort into the styling of this machine, keeping it as in line with its roots as possible. Not just with the pitch-black, pin-striped colour scheme; those authentic-looking sleeved forks have 120mm of travel, while the rear suspension is hidden to retain the hardtail look, meanwhile offering 90mm of travel.

BMW has said that they attempted to keep this motorcycle as simple as possible; therefore, they’ve kept electronics to a minimum. They are stripping it of everything, except riding modes, stability control, ABS, torque drag control and the option of hill-start control and a reverse motor. Congruently, BMW has made the riding modes  “Rain”, “Roll” and “Rock” – we are not entirely sure what they mean, but they sound good. 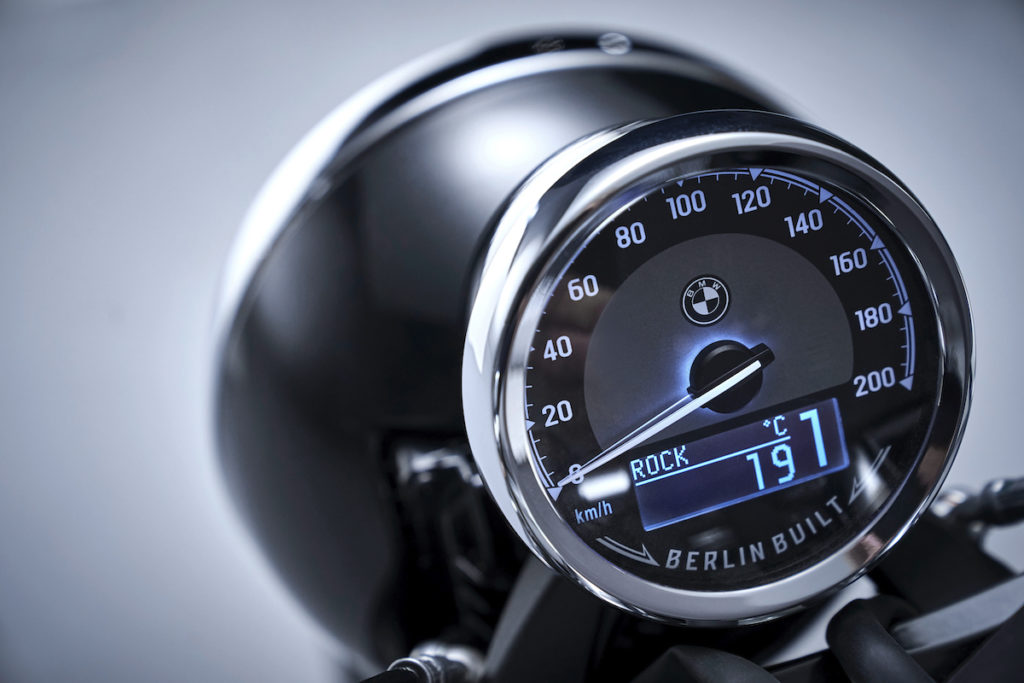 Like all cruisers, the BMW R18 is massively customisable, with options such as the very un-German apehanger handlebars, and cylinder covers that are not part of the oil system and can be easily removed and replaced. There are options available from the likes of Roland Sand and various other extras.

There are people not into this sort of motorcycle, but most of them didn’t click on the link to open this page and therefore are somewhere else. If you did click on this link and have read this far, you will agree that this is quite likely the best looking BMW ever made. Also, we know what BMW can do with 1250 boxer motor – a 1802cc, even if air-cooled and not tuned for outright speed, should be a world-changing experience. The sound and feel of it should shudder the spine and stir the soul, more so than any BMW before it.

Price and availability are still to be confirmed.