It was the first day that the Binder brothers, both Brad and Darryn, could complete a full day of testing, both putting in more than 60 laps. Brad has been working on setup and improving his feeling with the 2018 KTM Moto2 bike while Darryn is adapting to the Red Bull Ajo works KTM Moto3 machine. 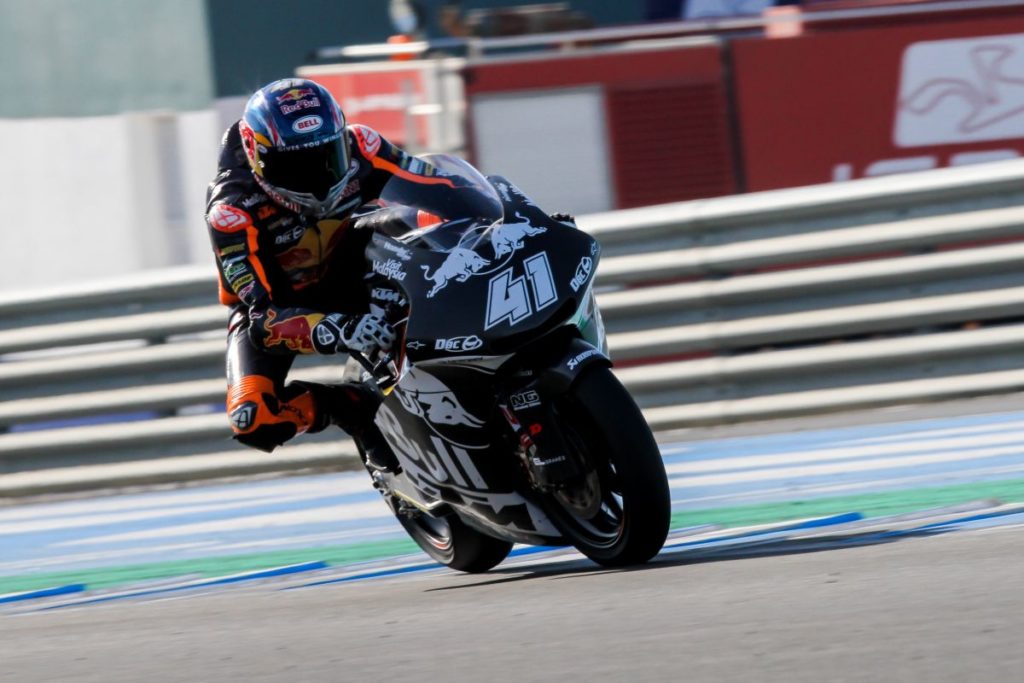 “Even though today was a little windy, it was definitely the best day for riding that we’ve had so far this year. Every time we go out on track, there’s an improvement. I think that the more laps I put in, the better I feel. We still have work ahead of us, but the bike is performing very well. I have to focus on my riding so that I can take another step forward and continue the progression we’ve had so far. I’m comfortable riding, so we have to keep working in the same way.” 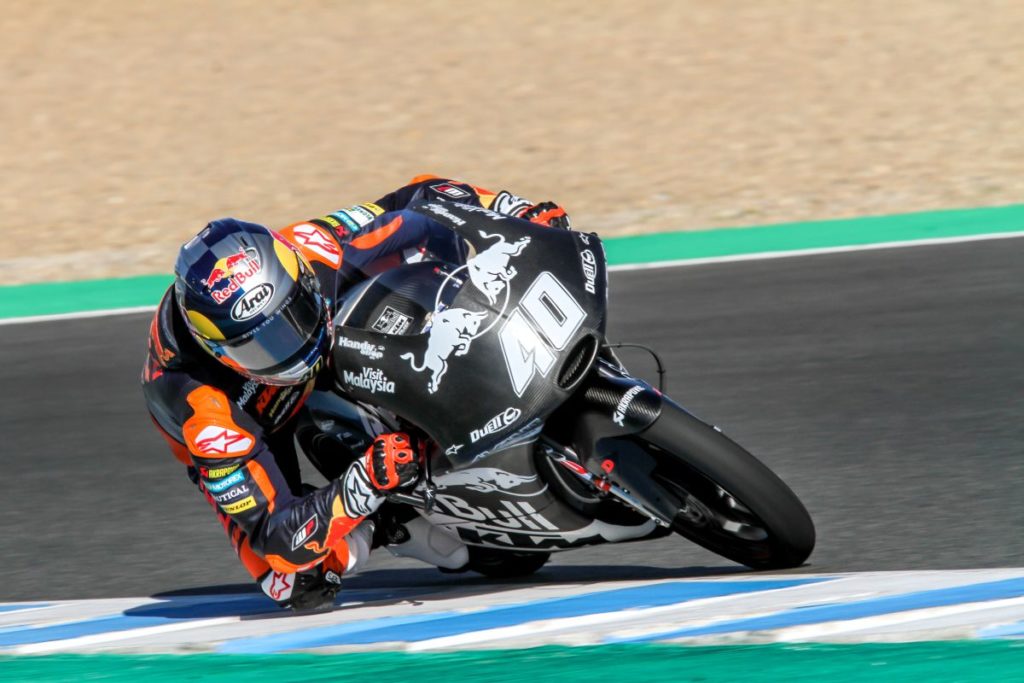 “The second day of testing here at Jerez went better than yesterday, which is the most important thing in preseason. In the morning it was very cold and it was difficult to ride fast, but for the rest of the day the conditions were good. We still have some difficulties with some things, but I am sure that working as hard as we have been, they are going to be resolved. Every day we are taking steps forward and tomorrow I’m sure we’ll take another. I’m really looking forward to going out on track for the last day of testing at Jerez!”