Tough going for Darryn Binder in Argentina on Friday

Tough going for Darryn Binder in Argentina on Friday

This weekend marks the second round of the MotoGP World Championship, taking place at the Autodromo Termas de Rio Hondo in Argentina, and it also marks the second outing for Darryn Binder aboard the Red Bull Ajo KTM Moto3, the same team that his brother, Brad Binder, won the Moto3 Championship with in 2016.

The going was tough during Friday practice, as the track is situated in a relatively secluded area and is seldom used, so despite a resurfacing since last year improving the bumpiness it was extremely dirty, especially for the Moto3 class that opened the day, and were the first onto the virgin track. 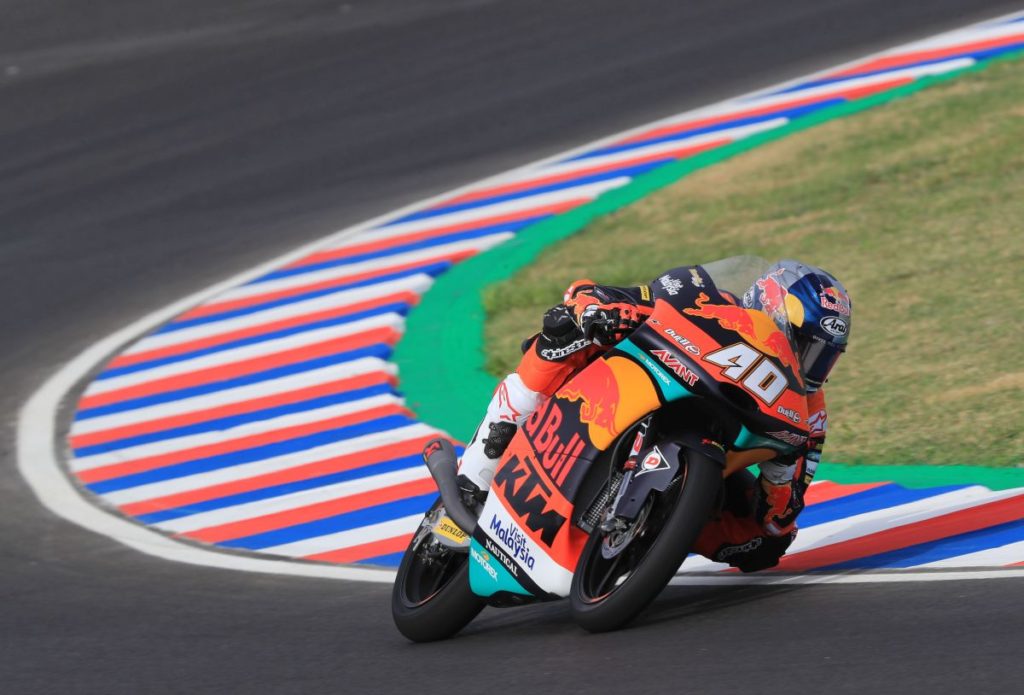 The younger Binder performed well for most of the first session, running in the top ten until the last ten minutes where other riders began running hot laps, sending him back to 19th place.

The track conditions improved significantly in the afternoon, and Binder was able to lower his previous top time on his second hot lap. However, it was not an easy session and he was not able to make definitive progress until his third outing, in which he took more than 2 seconds off his FP1 time. The lap allowed him to place twentieth.

“The feeling we have isn’t bad after this first day in Argentina. We had two difficult Free Practice sessions and, to be honest, with used tyres we have not achieved the best feeling possible on the bike. I think that if we solve some issues that we are suffering and that we have identified, we can be much faster for tomorrow. If the weather is good and we can ride in the dry, I hope to get the most out of our potential. We will see.”

Tomorrow there will be another practice in the morning followed by qualifying in the afternoon.