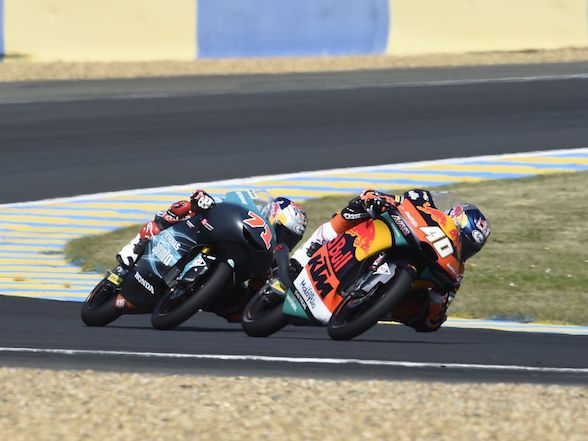 Darryn Binder on top finish: “I was feeling the pain of the crash”

South African Moto3 racer Darryn Binder took his best finish of the year in the French Grand Prix at Le Mans on board his Red Bull Ajo KTM. This is despite still nursing the pain from an injury sustained during practice for the Jerez Grand Prix.

After starting in 13th on the grid, he stayed within the second group of riders, biding his time in around 17th until the end of the race where, despite pain from his injury, he made is way to fight for the front of the group. After an accident between Bezzecchi and Martin at the front of the race, Binder’s position was lifted by two spots to leave him 11th over the finish line, meaning this is his best finish with the Ajo KTM team so far, and he gains an encouraging five points. 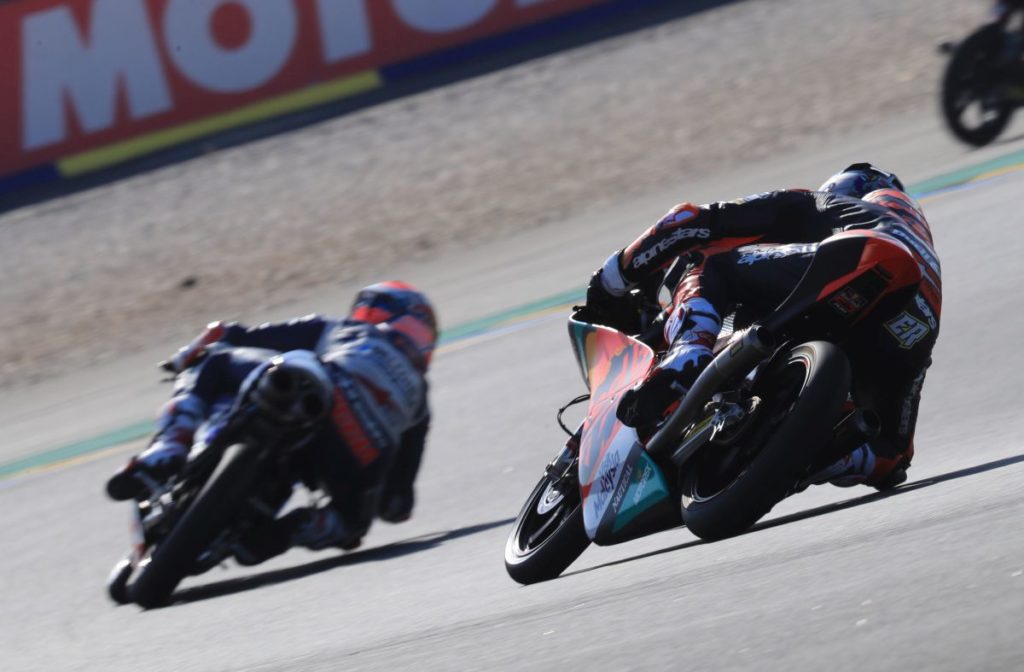 More encouragement is coming from KTM that introduced a new motor and new parts for the Le Mans race. So far this year, the Hondas have seemed to have had an advantage over the Austrian manufacturer, but this race saw KTM looking more dominant. The team will be hosting a test between now and Mugello in two weeks, and no doubt Binder will be hoping for some further improvements.

“The race did not go as expected, because I thought I could be fighting with the front group. Even so, it was a good race, we were in the second group and the pace was good. I fought the whole race to be able to finish 11th, and taking five more points is not a bad result. I also suffered a little on the final laps, as I was feeling the pain of the crash at in Jerez. The best thing is that this weekend we were able to get a lot of information that I needed, and now I know what strengths I have and on which points I have to work. We have a test soon, so I hope I can fix these issues and fight again at Mugello.”