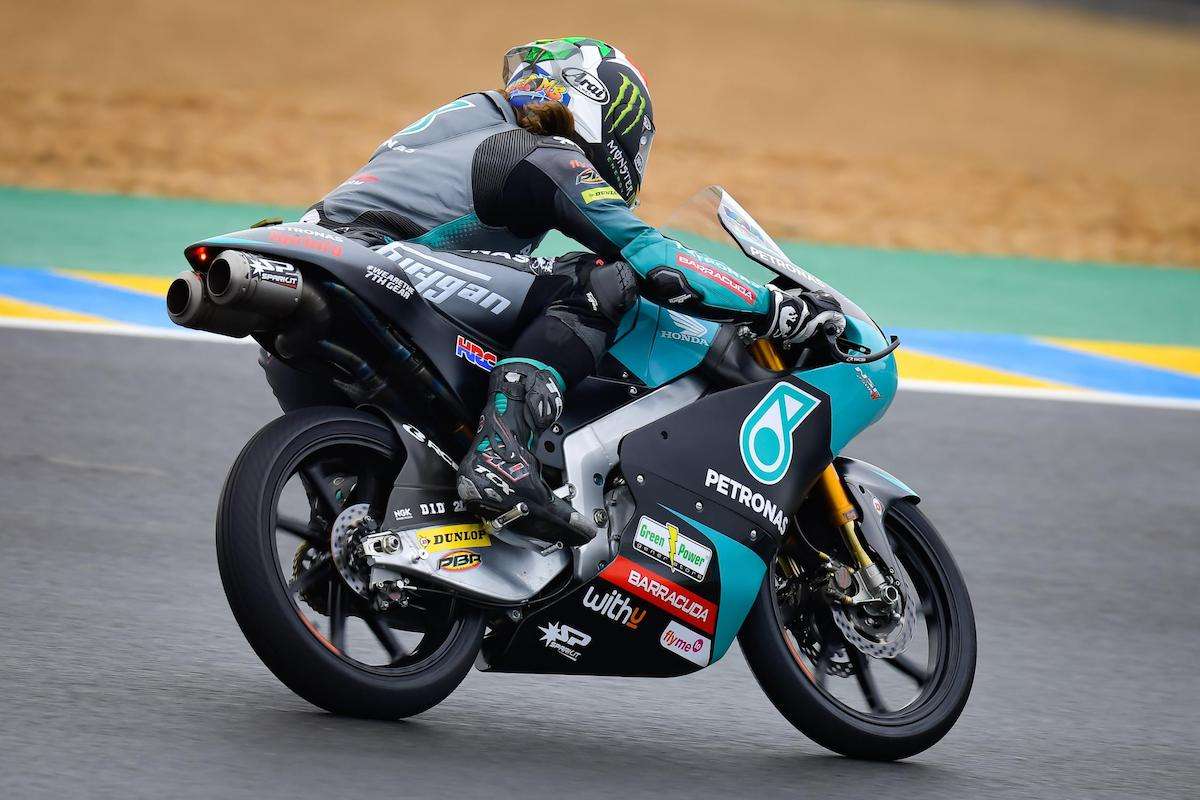 Darryn Binder has started the French Grand Prix at the Le Mans Circuit strong as he lands in second place in the timesheets after the first day of Moto3 practice. A finish near the top of the timesheets today was crucial for the South African, the younger brother of MotoGP rider Brad Binder, as rain is predicted for tomorrow’s practice and qualifying. Only the top 14 after the first three practice sessions go straight into Saturday’s Q2 session and battle for the front of the starting grid, so today could be the grid’s only opportunity to set a fast lap.

Friday in France wasn’t the easiest for all competitors, especially the morning’s free practice that was treacherously damp and saw a massive 17 crashes, including one for Darryn Binder and two for championship leader Pedro Acosta. Fellow Petronas rider John McPhee finished the session fastest with Binder down in 15th.

The afternoon practice session turned out sunny and dry, creating massive pressure for riders who had to use the dry time to make it through to Q2. Darryn Binder managed three fast laps at the end of the session that saw him first get promoted into third place despite having to weave through traffic, including the mobile chicane that was a slow wild card rider.

On the last lap, the South African had, at last, cleared the gridlock but created some traffic for himself when he had a moment towards the end of the lap where his Honda Moto3 machine attempted to overtake itself. Despite the near catastrophe, Binder still set a personal best on that lap, putting himself into second, just 0.126sec behind eventual leader Gabriel Rodrigo and ahead of third-placed man Jaume Masia.

Championship leader and winner of the last two races, Pedro Acosta, didn’t have the best day, finishing in 15th place and more than one second slower than Rodrigo.