Story: Donovan Fourie
As suspected earlier in the year, Darryn Binder will be racing for the Red Bull KTM Ajo Moto3 Team in 2018, the same team that his older brother Brad Binder won the championship with last year, and currently races for in Moto2. 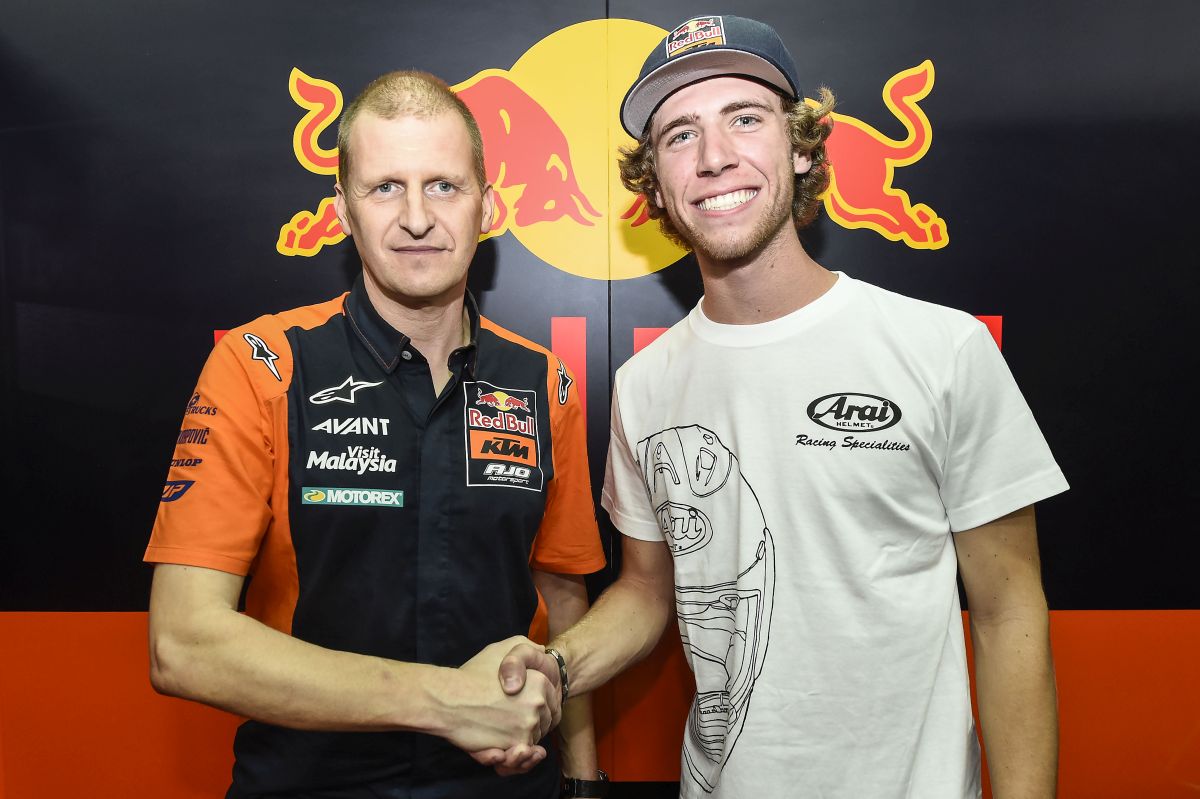 The 19 year-old younger brother has had a difficult time this year after a promising start that saw him challenging for the podium at various tracks. He then broke his thumb in a supermotard training incident at the beginning of August and subsequently missed four rounds.

Team Ajo’s Moto3 squad hasn’t had a particularly good time this either after retaining the services of Dutchman Bo Bendsneyder and hiring Moto3 veteran Niccoló Antonelli. After Brad Binder’s dominant season last year, the new duo sit in a somewhat less successful 15th and 18th place. These results are compounded further by the dominance of Honda in Moto3 this year as the Japanese manufacturer currently holds the top seven spots in the championship.

Despite the sidelining injury, team boss Aki Ajo has seen potential in Darryn Binder, as he commented during the team announcement: “First of all, I have to say that it is an honour to be able to continue with partners such as Red Bull and KTM, and to extend our great collaboration. In the FIM Moto3 World Championship, where we have achieved the title together and great results since 2012, we welcome Darryn [Binder] to our team. For us, he has been part of the family for a long time, as the brother of Brad and someone who has spent a lot of time in our garage. He is a rider who has already demonstrated his quality in the World Championship and we are sure that next year he can take another step forward and be in the fight for the top positions regularly.”

During the announcement it also transpired that Darryn Binder will be the only rider competing in the Moto3 World Championship with Team Ajo next year as the team downscales to just one rider. This has its pitfalls and perks as he as no team mate to compare himself to however it also means that he will receive the team’s full attention.

As Brad Binder has often commented, when training together on motards and dirtbikes, the younger Binder usually matches his laptimes, sometimes even beating them. Until now, he has never had the opportunity to compete with a top team, and it doesn’t get much better than Team Ajo. KTM has shown a dip in form this year, however this sort of thing is normal as manufacturers that are dominant one year tend to struggle the following year, and manufacturers that struggle tend to try harder the following year.

Hopefully this pattern will maintain, and Darryn Binder will find himself with a strong team on a strong bike next year.

Previous Post Donovan Fourie blog: Why oh why oh why would you take a car?
Next Post Gallery: Nitro Circus Live Johannesburg Show