After much speculation about a potential move to Moto2, South African Darryn Binder has re-signed with the CIP-Green Power Team on a KTM Moto3 machine for 2020, meaning at best another year delay before a switch to Moto2.

Darryn Binder, the younger brother of KTM rider Brad Binder who is moving up to MotoGP next year, signed with the CIP squad for 2019 after a somewhat disastrous year with the AJO KTM Team in 2018, finishing the year in 17th place.

On paper, it would appear that this year is going even worse as he is currently placed 19th in the championship, but his pace has undoubtedly improved. The problem now is his lack of straight-line speed, caused perhaps by the team not having the resources of other teams, but more so because Binder is one of the tallest and heaviest riders on the grid. For this reason, he is usually near the bottom of the speed charts, where he is down by as much as 8 km/h. That’s a huge figure, especially in the Moto3 class where they spend more time on the straights. When he can hold a slipstream, he can usually run with the front runners. When he doesn’t, it is nearly impossible. 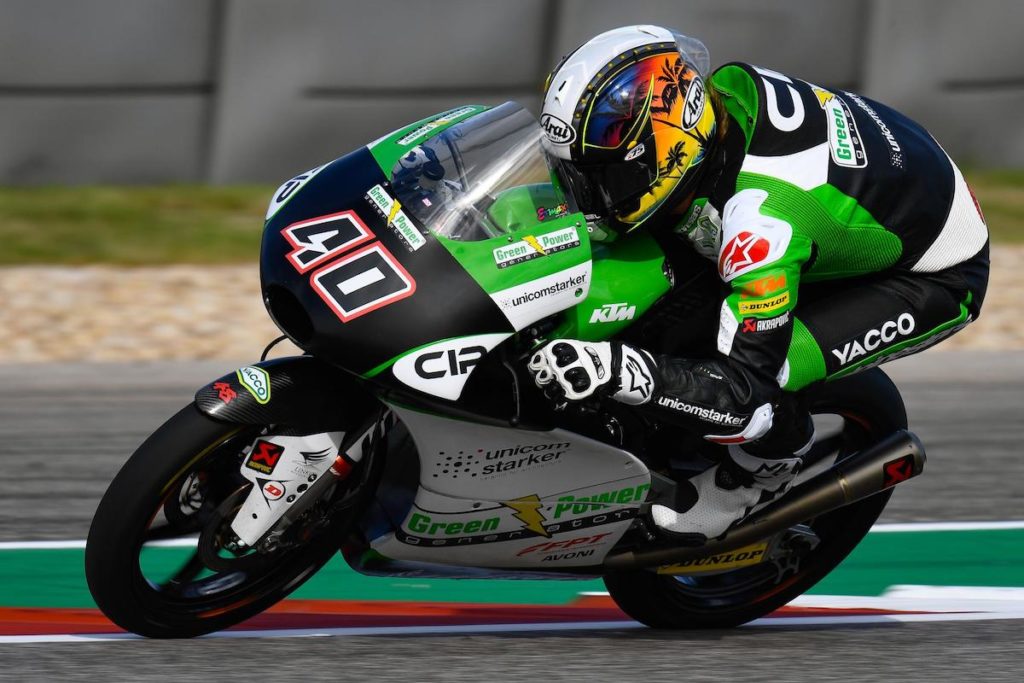 The lack of top speed means he has to take huge risks, earning him the name Dive-Bomb Darryn. It also means that he has seen his fair share of DNFs, tallying five so far this year out of the 13 rounds run so far.

Another year with the same team, the same people and the same bike will give him more experience and hopefully a better approach to the 2020 season. Also, most of the MotoGP contracts are up at the end of 2020, meaning several riders should move up freeing more spots in the Moto2 class.