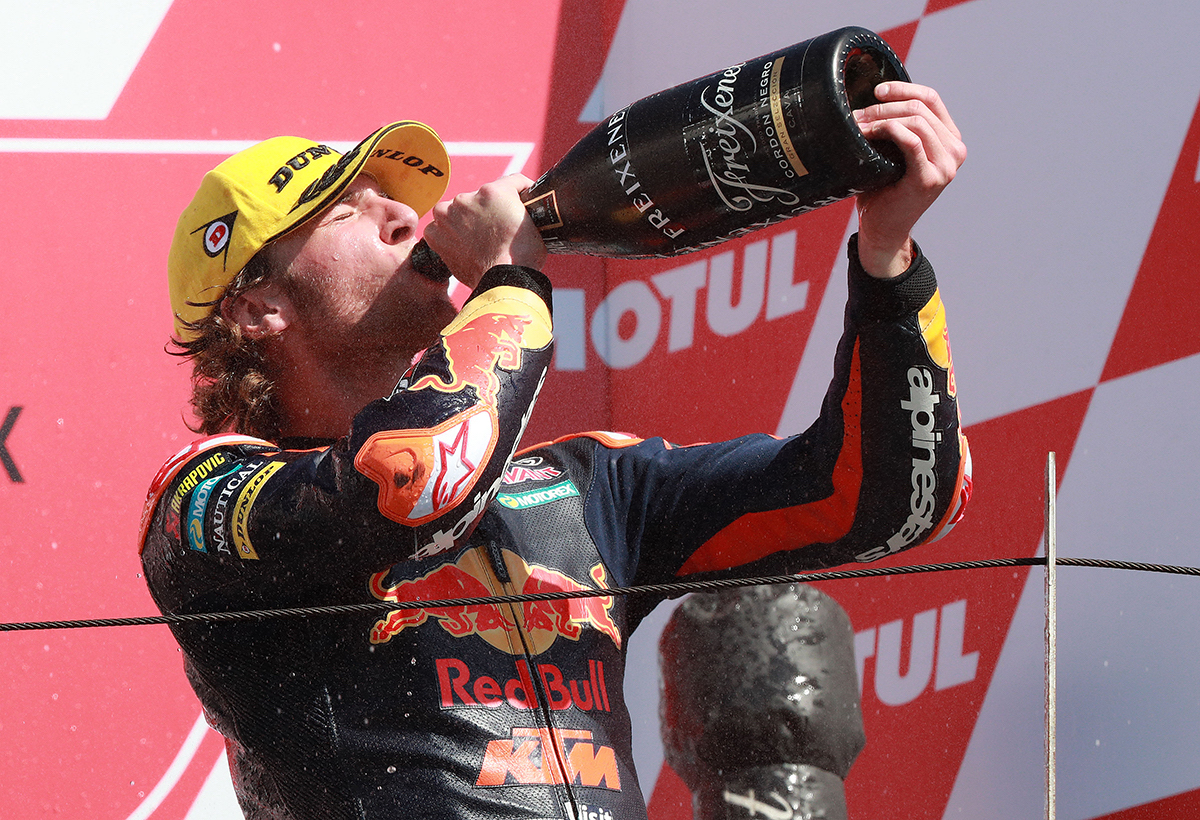 Darryn Binder took his first ever podium in Grand Prix racing this weekend during the Japanese Grand Prix at Motegi. This comes after a difficult, problematic and injury strewn season for the South African, who is currently lying 19th in the Moto3 Championship. More so, his seat at the Red Bull Ajo KTM Team is to be filled by someone else next year, so he is currently out of a ride unless something turns up.

There is a pressing need to impress.

This weekend wasn’t helped at the Japanese Grand Prix by a series of technical faults during practice that meant that they missed practice laps, but despite this, new setup changes cured a problem they had had all year, and Binder managed to qualify in a career best fifth.

The race for the lead consisted of a gang of 13 riders jostling for positions every corner. Binder began by running consistently in the top five, holding his positions through some ballsy manoeuvres, but a mistake at the notorious 90º corner towards the middle of the race sent him back to tenth. 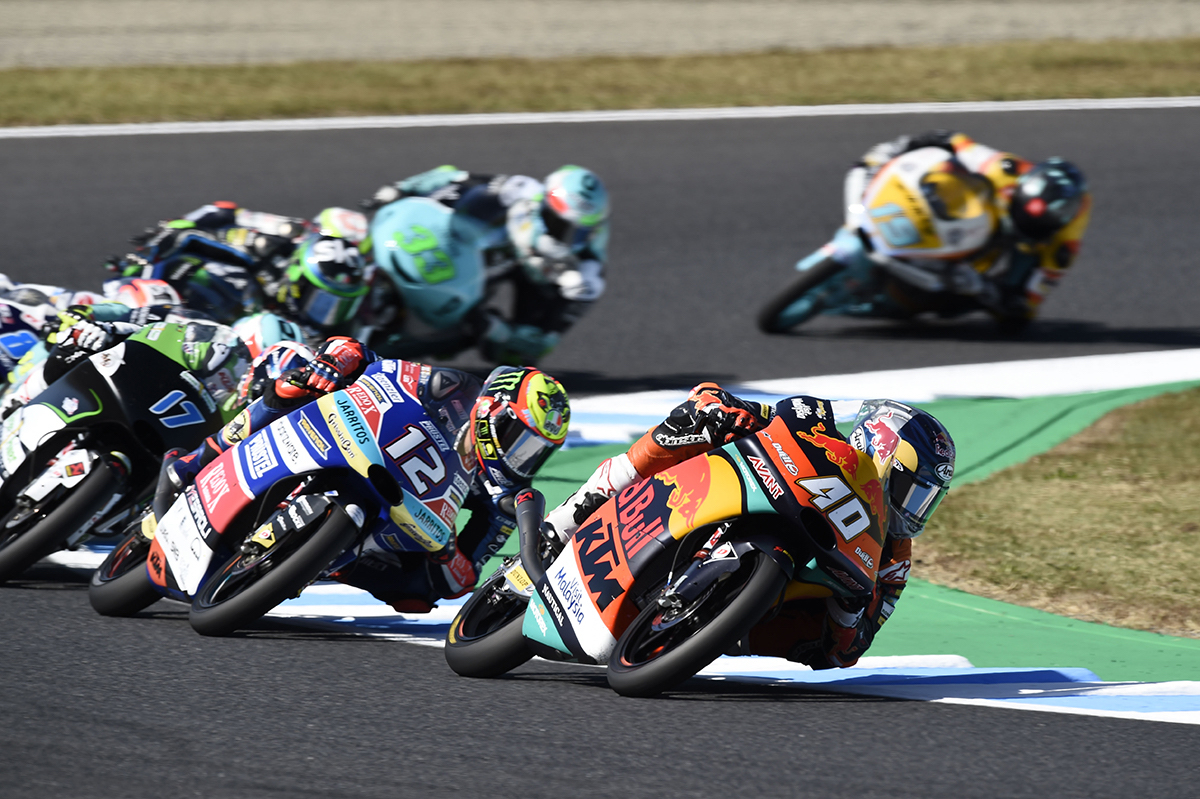 The KTMs, such as Binders, have found some extra straight line pace this season, but this was negated by Binder’s lanky height and presumed extra weight, meaning that every time the group headed on to the back straight, Binder was found heading backwards, even against the less gutsy Hondas.

The ballsy manoeuvres continued, and with four laps to go was in the top three, and then on the last lap, took the lead that he miraculously managed to hold right up until he exited the last corner. And then he missed a gear, letting Marco Bezzecchi and Lorenzo Della Porta drag past him to the line.

This may sound like a heart-breaking end to a fairytale story, but younger Binder was nothing but pleased to stand upon the podium for the first time in his Grand Prix career, pleased enough to accidentally drop the F-bomb during his first ever podium interview. Later, he continued:

“I’m very happy to have taken my first podium in the World Championship. Of course, I can’t complain about third position, but exiting the last corner I thought I had the victory in the bag – in the end it wasn’t to be. It was a very tough, fiercely contested race. After a season that has been hard for various reasons, in recent races we have made very important progress that has allowed us to be higher up the order – and I am very proud of this. This podium is a reward for our good work. I thank the team and all those who support me for everything.”