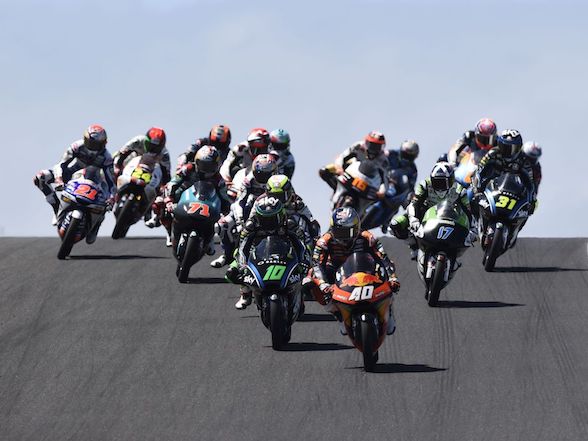 Darryn Binder on Australian Moto3 race: “I got forced onto the grass” 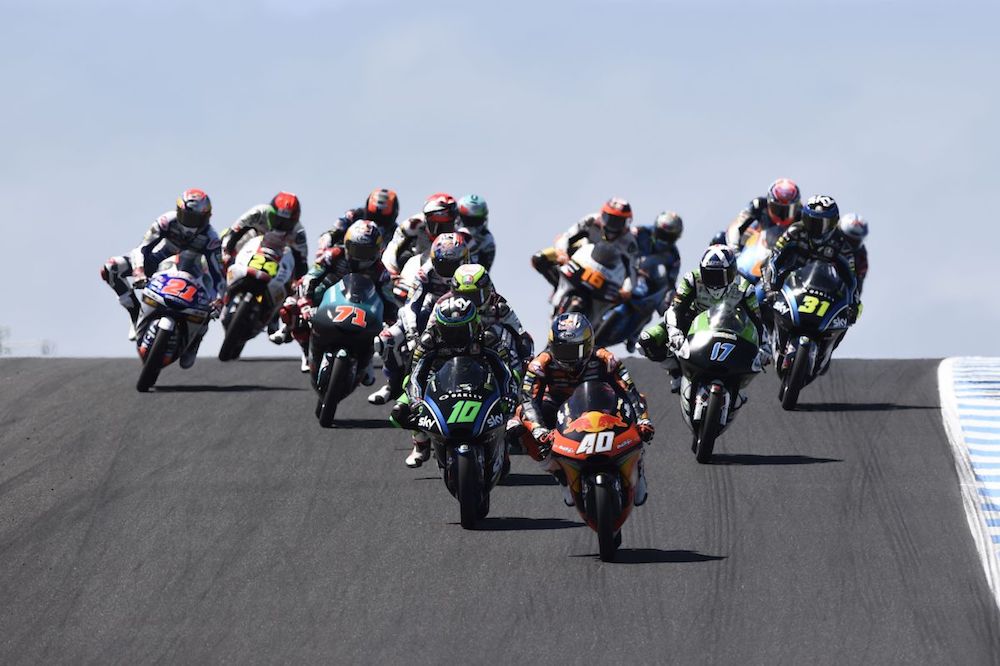 Darryn Binder rode a tough race today at Phillip Island in Australia aboard is Red Bull Ajo KTM Moto3 machine after starting in a career best second position. The race was its usual chaotic self with 17 riders in the leading bunch often covered by less than a second.

The younger Binder had another strong race, running near the front of the group for almost the entire race and leading across the line ten times.There was some confusion exiting the last corner to start the last lap when championship leader Jorge Martin slowed down in an effort to not lead down the main straight and suffer being slipped streamed by the following masses.

With this, the riders behind him shut off, and the entire group bunched up in a perplexed mess. The last lap was then a dive-bomb free for all where Binder was jostled going into the near flat-out turn three sweeper, forcing him onto the grass – as his Facebook feed revealed – and sending him back to a somewhat undeserved 12th place. 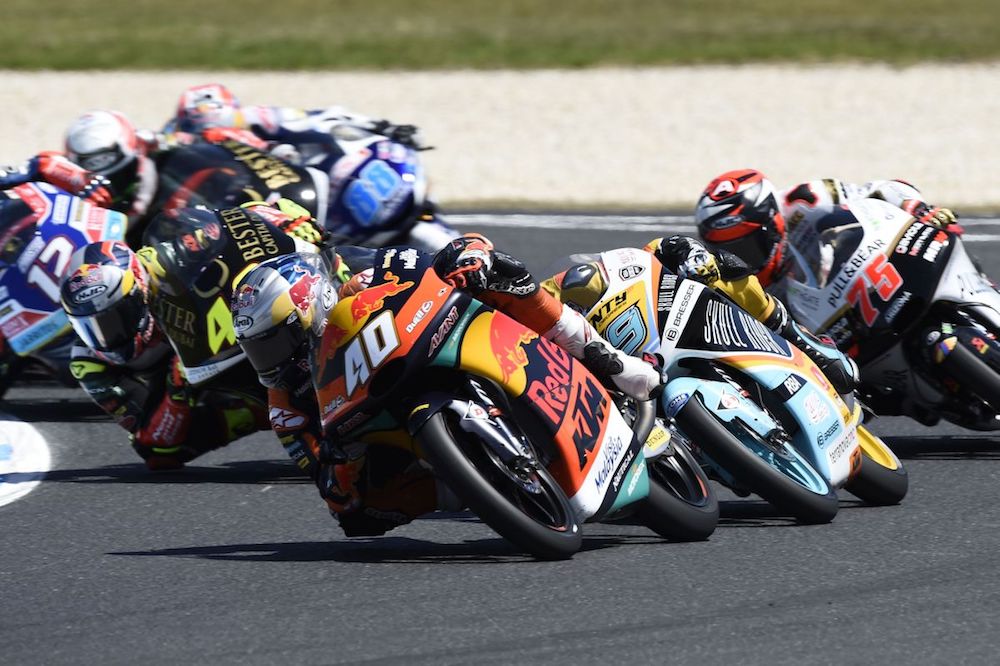 “Today I felt very strong in the race. We had a very good position on the front row and I made a good start, slotting into the top positions. I had a very good pace and I led for many laps. The slipstream at the end of the main straight made the result a lottery. On the last lap I had put myself in a good position to fight for the podium, but a strange move of another rider at Turn 3 almost knocked me off-track; I thought I was going to crash. Luckily I was able save it and finish as high up as possible, in 12th. I feel that this race could have been mine, so I’m taking all the positives from this weekend on to Malaysia.”

Binder is yet to reveal any 2019 plans after Team Red Bull Ajo KTM announced the hiring of Turkish rider and Red Bull Rookies Champion, Can Öncü, to replace him. With that, these last few races of the season are of extra importance to the South African.