Darryn Binder: “It’s not the way we wanted to finish”

Darryn Binder: “It’s not the way we wanted to finish” 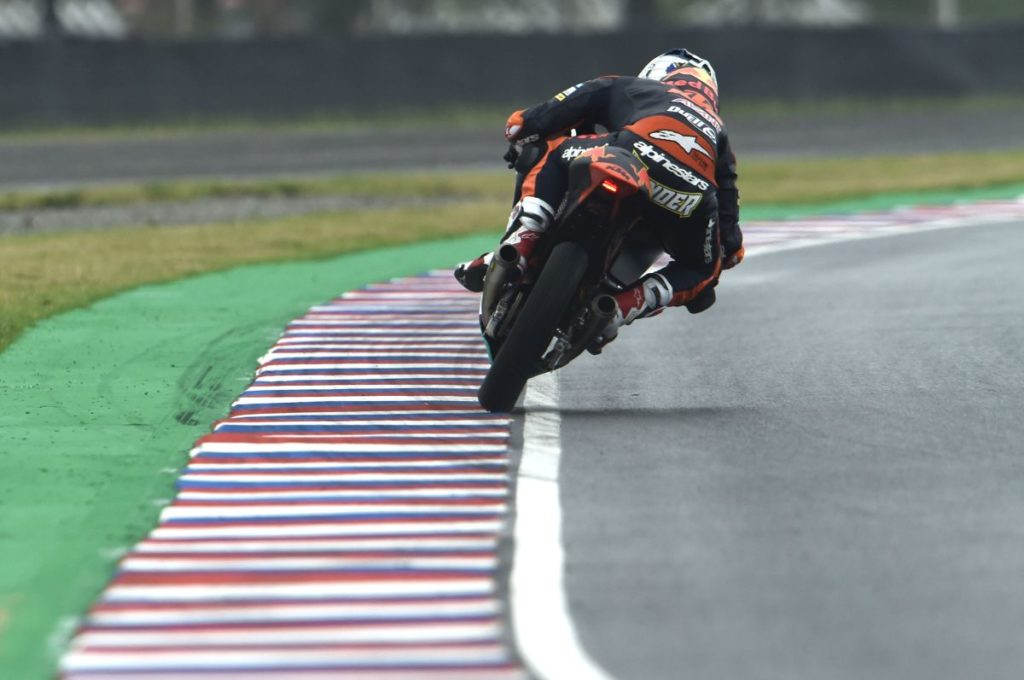 South African Moto3 racer had less than a perfect time in Argentina after he was collected by another rider in turn one with just four laps to go, the second time he has been taken out in two races.

Before the crash, the Red Bull KTM Ajo rider had made an extraordinary come back after he qualified in 25th, making huge progress through the field and challenging for a points position in the closing stages of the race.

The race started on a damp track with most riders opting for wet tyres, but as the race went on, the track slowly started drying, making the going especially tricky for the riders but, after a cautious start, Binder starting getting to grips with everything.

“It was a strange race. The conditions were wet at first but they dried up during the race. Unfortunately I had a slow start; I needed a few laps to feel confident and then I reached the group. I felt comfortable, going faster with every lap. Unfortunately at the end of the race a rider made a mistake and he knocked me down. It’s not the way we wanted to finish because it had already been a difficult weekend and we wanted to get some points. We’ll try again at Austin.”

After the fall, he manage to remount and complete the race in a commendable 22nd place, something team boss, Aki Ajo, seemed pleased with:

“It was not an easy race in Moto3. It all started yesterday in the qualifying session because we had a bit of bad luck with the bad weather; when it was time to set a fast lap it was raining and our grid position was not the best for today. During the race Darryn [Binder] improved and did a good job fighting for 12th position. Unfortunately at the end a rider made a mistake and took him down. The race was basically over then, but he got back on track to finish it, even though there was no possibility of fighting for the points. This attitude is important for the future.”

The next race is in Austin, Texas, in two weeks.